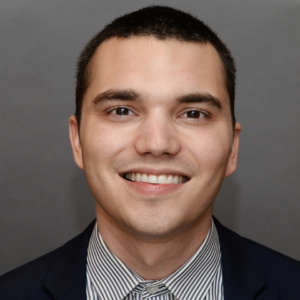 October marks the 15th annual Cybersecurity Month and the cyber world is still changing rapidly. Sometimes finding which way is up can be difficult at times.

That’s why there are people like Dr. Ahmed Naumaan, Dean of the School of Science, Technology, Engineering and Mathematics at American Military University to think about the best ways to secure networks.

“Cybersecurity percolates into everything. Everybody who uses the internet, and even if they don’t use the internet, they are effected by cybersecurity concerns,” Naumaan said in an interview with Federal News Radio.

At this point cybersecurity is a public issue and there are steps, Naumaan said, everyone should take to keep themselves cybersecure.

The first one may seem obvious, but Naumaan said it’s still something that’s still an issue, make sure your passwords aren’t easy to guess.

Another tip: don’t leave your computer open in a public place where people can snoop through it.

But let’s say your interest lies deeper than just personal cybersecurity and you have a true passion for protecting networks.

“Cybersecurity is everywhere. Literally. It’s a big area in defense and also in the private sector, in government institutions and so forth. The reason is there are a variety of groups who want access to that information. They can hack into databases or they can intercept traffic that is moving along the wires or wirelessly,” Naumaan said. “These actors range from state-level actors and criminal actors.”

Naumaan said for that reason growth in cybersecurity fields is in many areas.

“The National Security Agency hires very, very technical people. They may also hire people that are policy or management oriented,” Naumaan said. “The big defense contractors work with the government to protect the big information stores and information infrastructure.

On the other hand, there are less technical jobs that oversee cyber activity, audit systems and organize resources to protect networks.

“Depending on one’s interests and level of preparation in mathematics and related areas you can find many different paths to becoming involved in the cybersecurity field,” Naumaan said.

But even the jobs in cybersecurity are changing, Naumaan said.

Right now, companies are working on artificial intelligence to do the most basic cybersecurity work.

“The reason for bringing in automation is twofold. There may not be enough qualified people. The second is they may cost too much. Automation is often brought in because the cost of production goes down,” Naumaan said.

AI isn’t quite making huge policy decisions or stopping hackers in their tracks, but it’s making a difference, Naumaan said.

“It’s not that automation is trying to replace people, but that it’s increasing the efficiency of the system and providing more opportunity. Does it result in job displacement? Yeah, it does. But new types of jobs come up. In this point of time related to cybersecurity, there’s more demand than there is supply,” Naumaan said.