OTAs and FAR: Lessons learned with non traditional contractors during the pandemic

Federal spending for large quantities of medical supplies sucked in many companies doing business with the government for the first time. In fact, five times as many as in a normal year. The Government Accountability Office says agencies learned a thing or two, and now they need to remember them. Earlier we talked to the GAO’s Marie...

Federal spending for large quantities of medical supplies sucked in many companies doing business with the government for the first time. In fact, five times as many as in a normal year. The Government Accountability Office says agencies learned a thing or two, and now they need to remember them. Earlier we talked to the GAO’s Marie Mak, director of contracting and national security acquisitions, about use of other transaction authorities. She’s back and talked to Federal Drive with Tom Temin about how agencies can apply the lessons learned with non traditional contractors.

Tom Temin: Ms. Mak, good to have you back.

Marie Mak: Thanks, Tom. It’s good to be here.

Tom Temin: And in this report of the contracting on lots of vendors — lots of new to the federal government vendors — using all of that money that was appropriated for pandemic response, what are some of the key findings in bringing in these new vendors to federal contracting, much of which was under OTA, but I guess some of it was FAR also?

Tom Temin: So overall, was is this a good thing for the government, then? It was certainly good for those new contractors — new to the federal government. Can anything be inferred or learned from this going forward, then?

Tom Temin: Because, as we spoke about earlier, there was a lot of spending under other transaction authority, and that lacked some of the reporting and transparency that you get under the FAR. On the other hand, there’s all this flexibility. A lot of the spending under the FAR is bureaucratic, I guess, in looking difficult, especially if you’re outside the government looking in for the first time, the FAR can be daunting to comply with all of the accounting rules and so on. Yet, there’s a lot of transparency and reporting mechanisms built in for the government. It seems like there’s a chance for some crossover here, maybe a little bit of simplification in the FAR, but a little bit of reporting and oversight mechanisms in the OTA.

Marie Mak: I think when it comes down to the FAR, I think a lot of these industries that don’t work with the federal government, when they start doing that they realize what is required. And once it’s more established and understood, I guess what I’m saying is I wouldn’t recommend changing certain FAR requirements, they’re there for a reason. But, I think there’s other things that we can address in terms of how contracting is done better in these kinds of situations. And that’s where this report really went towards, in terms of contracting officials making a responsibility determination before awarding a contract to a prospective vendor, and capturing lessons learned. That’s where some of those details in this particular report focused on and I think that’s important.

Tom Temin: We’re speaking with Marie Mak, director of contracting and national security acquisition issues at the GAO. And let’s get to some of those recommendations. What are the lessons that need to be learned from this rapid, all the sudden, we got to go type of situation the government found itself in?

Marie Mak: For contracting officers, they are required to make this contracting responsibility determination before they award a contract to a prospective vendor and to determine how..if a contractor is responsible, or a prospective vendor, they have to, for example, have adequate financial resources to perform the contract, have a satisfactory performance record, and be able to comply with the proposed delivery or performance schedule. And contracting officers at the different departments that we looked at, in this particular case it would be defense, Homeland Security, USDA, and human health services, they use a variety of resources. For instance, government databases, private sector resources, assistance from other federal agencies, and specific agency created resources to assess the prospective vendors. However, some of these organizations had limitations in that they didn’t have access, or they weren’t aware that these resources were available to them. And that’s where our concern is. Contracting officials need to be aware of all the guidance that’s available, be aware of all the resources that are available to them, and be able to use them when it comes to this kind of thing. And then governmentwide, it’s important to recognize the Office of Federal Procurement Policy, which is under OMB. They provide overall direction for procurement policies, regs., procedures, and they promote economy efficiency, effectiveness and acquisition processes. This office had issued an emergency acquisition guide that outlines a number of management and best practices that agencies should consider when contracting during emergency. But the problem here was that this guide did not include how you assess these vendors under urgent timeframes and how do you work with new vendors. We found that this guide has not been updated since 2011. So a lot of the resources are no longer active. And those are some of the big problems we found.

Tom Temin: Because over the years, over the past 10 years anyway, and I’ve been following this stuff for 30 years, but the disasters happen with some regularity. People forget we had outbreaks of viral pandemics, not back in 1918, but we had them a few years ago, there was Ebola, people forget about that one. And we’ve had all these weather disasters going back to Katrina and forward from there, a couple of administrations ago. It seems like these ought to be living documents, as you’ve pointed out, the guide from OFPP ought to be looked at regularly and not just every 10 years. That seems to be the fundamental lesson learned here is that you got to stay nimble on your feet, because disasters happen all the time.

Marie Mak: Absolutely. And then the other big finding area that we were concerned about was that agencies have existing processes to collect lessons learned. And not all of them included the contracting side and the contracting observations in these efforts. And that’s really important, because, like you said, as disasters continue to happen — natural disasters, any of these kinds of emergencies — it doesn’t seem likely that a lesson as we move forward, and contracting challenges, whether they’re challenges or positive practices, really need to be documented and shared with other folks. Because as we move forward, that’s going to be important. For instance, in this particular case, in this report, we found that some of the challenges that existed were lack of contracting personnel for the volume of awards that had to happen, working with vendors new to federal contracting, or supplying products that they had not supplied in the past, limited timeframes to make those awards, and then contracting for supplies and services the agency doesn’t typically buy. So those are all types of things that need to be addressed and be aware of in terms of policies, guidance, procedures, how to do this better. Some of the positive practices are just as important. For example, if some agencies do have mechanisms to consolidate the volume of vendor communication contracting officers receive, and then there are also those pre-existing contract vehicles that we are established to respond to COVID-19, for instance, advanced contracts, which we’ve done work on in the past as well.

Tom Temin: Got it. So I wonder if maybe the lack of gathering of the eggs of lessons learned was a little bit scattered this time around because the workforce itself was scattered. This is the first disaster where the government itself had to go home to do the work. And maybe that collaboration of the hallways and water coolers, so to speak, didn’t happen.

Marie Mak: That’s a good way to describe it. Because I think ultimately, when it comes to contracts, and contracting officers, they award these things that are needed. They’re a critical component of any emergency response effort. They provide the life saving and life sustaining goods and services. And a lot of times I think we don’t recognize it, but they’re kind of the behind the scenes folks. They are the ones awarding and administering contracts that provide these goods and services, and the challenges that they face have the significant impact on the front line of the response effort. And our reps. really focus on ensuring that the guidance, the training for contracting in emergencies is communicated and in place, and that the contracting lessons learned, both positive and negative, are collected, analyzed, shared with agencies involved and governmentwide so that as a federal government, we can be better prepared to respond to potentially new complex disasters and emergencies in the future.

Tom Temin: Marie Mak is director of contracting and national security acquisition issues at the GAO. As always, thanks so much.

Marie Mak: Thank you for having me, Tom. 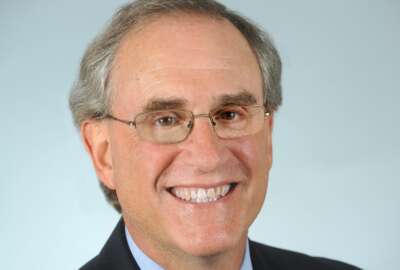 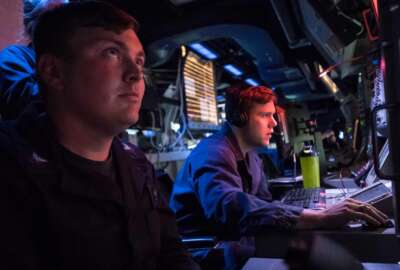 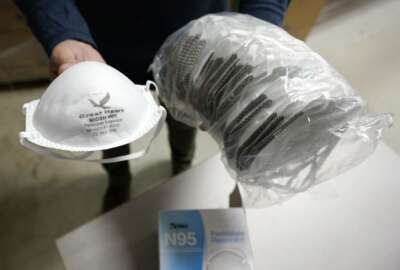