VA gets more money, oversight in 2016

The Department of Veterans Affairs is starting the new fiscal year with an extra $6 billion in discretionary spending, but that additional cash comes with strings.

Out of the $1.1 trillion spending bill passed by Congress earlier this month, $71.4 billion has been earmarked for VA to improve (among other things) its electronic health records, reduce the backlog of disability claims and continue construction projects — provided the department loops in lawmakers.

Either the VA Secretary or chief information officer must submit plans to both the House and Senate appropriations committees for projects related to “information technology systems development, modernization, and enhancement,” according to the spending bill’s text. And if a project’s cost goes up or down by more than $1 million, a request for a funding transfer must be made to those committees.

There’s nearly a dozen instructions VA must follow if it plans on using available funding to improve the Veterans Health Information Systems and Technology Architecture (VistA) electronic health record. Not more than 25 percent of the funding can be obligated or spent, according to the legislation, until a report is provided to both appropriations committees detailing everything from changes in the “scope or functionality of projects within the VistA Evolution program” to a timeline of scheduled milestones to “any changes to the governance structure for the VistA Evolution program and its chain of decision-making authority.”

In mid-November DoD leaders said they had done that and more.

According to the spending bill, $2.7 billion — $173 million more than fiscal 2015 — was set aside for the Veterans Benefits Administration, with an emphasis on reducing the backlog of disability claims. In a November fact sheet provided by the White House, the backlog of disability claims that are older than 125 days currently stands at roughly 76,000 claims, an 88 percent drop from the March 2013 peak of 611,000 claims.

The money in part will fund nearly 800 more staff members to handle the backlog and appeals.

Within the spending bill is language directing the VA Secretary to submit a quarterly report to both appropriations committees that includes:

After mismanagement led to a more than billion-dollar budget overrun for a VA hospital in Denver, the spending bill dictates that for major Veterans Health Administration construction projects, the $649 million set aside for the work won’t be available until the VA uses an outside federal entity to serve as “the design and/or construction agent” for projects with a total cost of more than $100 million. That entity would also be “providing full project management services, including management of the project design, acquisition, construction, and contract changes.”

The VA must also certify in writing “that such an agreement is executed and intended to minimize or prevent subsequent major construction project cost overruns” and provide a copy to Congress.

Also of note, following a VA Office of Inspector General report that found senior officials using their authority for personal and financial gain, a notification must be made to the appropriations committees if a waiver is issued for funding to be used for the Home Marketing Incentive Program within VA. 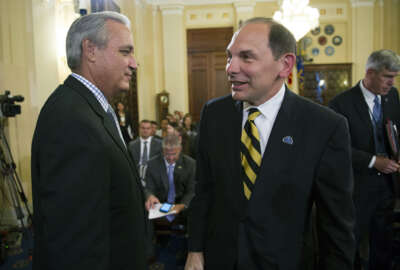 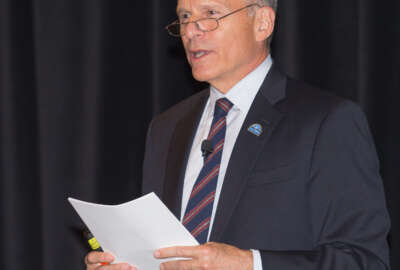