Public satisfaction with federal government services fell to another all-time low in 2015, according the American Customer Satisfaction Index.

“You have a pretty stark gap between the benefits-delivering agencies and the satisfaction of citizens, and your more regulatory-type agencies,” ACSI Director of Research Forrest Morgeson said in an interview with Federal News...

Public satisfaction with federal government services fell to another all-time low in 2015, according the American Customer Satisfaction Index.

“You have a pretty stark gap between the benefits-delivering agencies and the satisfaction of citizens, and your more regulatory-type agencies,” ACSI Director of Research Forrest Morgeson said in an interview with Federal News Radio. “When folks are primarily interacting with the government by receiving benefits at some regular interval, they tend to be pretty satisfied, and that satisfaction has actually gone up a little bit as some of the new mechanisms for delivering those benefits have become more efficient — things like direct deposit into accounts rather than having to wait for a physical check — those services have become more and more satisfying as the system has become more automated and more streamlined.”

Agencies that scored highest, including the Interior and State departments, offered services that impact the broadest pool of Americans. The Interior Department’s National Park Service, for example, draws more than 300 million visitors to its 400 parks and monuments nationwide, while State issued more than 15.5 million new passports in fiscal 2015.

The Treasury Department, thanks largely to the Internal Revenue Service, held its rank as the agency with the lowest satisfaction rating.

The result was hardly surprising, considering how National Taxpayer Advocate Nina Olson declared the previous tax filing season as officially the worst on record since 2001.

“It tends to score poorly, and the reasons for that, I think, are pretty obvious. The first reason being, for a lot of those people, it’s a process that they would rather not have to go through,” Moregeson said. “You have to deal with the IRS, you don’t really have a choice. For many of those folks, they end up paying a fairly large amount in taxes, maybe not getting a refund, maybe owing even more, and so it’s a dissatisfying experience. On the other hand, it tends to be a difficult experience because it is such a political hot potato, if you will. It’s something that is constantly in the news. … There’s these sorts of political issues surrounding the IRS.”

“It’s disappointing but hardly surprising that the Treasury Department, which includes the Internal Revenue Service, scored lower than other federal agencies,” Reardon said in an email. “Congress has slashed the IRS budget by $1.2 billion since 2010, resulting in a loss of 18,000 employees, which is why that agency has struggled to provide the level of customer service people need and expect. The IRS is getting a small funding increase — $290 million — in fiscal year 2016, which is likely to improve the agency’s taxpayer services a bit. But the extra funding is nowhere close to what the IRS needs to provide the level of customer service it provided in the years before Congress went on a budget-cutting spree.”

But the IRS might have an ace in the hole when it comes to digital services. Morgeson said the agency’s e-filing service tells a much different story in terms of customer service.

“There’s always been a very significant gap between those two things, in terms of satisfaction. E-filing is infinitely more satisfying than traditional paper filing, and that’s something that we still see. Of course, paper filing is essentially going away now, or the IRS is very wisely doing everything it can to move everybody over to e-filing,” he said.

E-filing and popular applications like Where’s My Refund might actually speak to a growing demand for more digital services in government.

“Where the direct comparisons are available, where an agency or a program has both an e-government and traditional brick-and-mortar services or telephone call centers, e-government tends to do a little bit better,” Morgeson said. “It doesn’t do quite as well at the federal level as what we see in the private sector in e-commerce and e-business kinds of measures, but it does tend to do better than traditional brick-and-mortar government service delivery.”

The Department of Veterans affairs scored as the third lowest agency for its long patient wait times at Veterans Health Administration facilities.

“A lot of that has to do with the system load. You have more and more veterans coming back, and for any business — private sector or public sector — when you have what amounts to a large number of new customers entering into the system, it’s more difficult to keep up service levels, and that’s what we’re seeing with the VA and the VHA. … And when you add the political dimension, where you have more people criticizing and it’s become a sort of a political hot potato, you’re going to see popular opinion and then in this case customer satisfaction take a hit a little bit. It’s not unexpected.”

On the opposite end of the spectrum, Pension Benefit Guaranty Corporation, an independent agency that protects the retirement benefits of more than 40 million American workers in private-sector pension plans, got a 91 percent approval rating. The Social Security Administration scored better than average at 66 percent.

“PBGC is dedicated to providing premier customer service. We are extremely pleased to see that the people we serve rate us so highly,” said PBGC Director Tom Reeder said in an email to Federal News Radio. “We realize the importance of the role we play in the lives of families and their communities. Because of this, we strive each day to give great customer service to the nation’s workers and retirees.”

Respondents ranked the Defense Department as third highest in satisfaction.

“A lot of what you’re getting there are non-military personnel who are going to websites and looking for information about the U.S. military. Some you’re going to get are citizens responding to the survey who are active members of the military … and they’re going to tend to have a little bit of a higher opinion and give a little bit of a higher score because now you’re answering about your employer,” Morgeson said. “Some of them may be going to the various commissaries that operate within the Department of Defense.”

“This is something that we’ve seen before in the past, that the Department of Defense tends to score pretty high, while Veterans Affairs tends to score a little bit lower. It’s once someone gets out of the military, they tend to be a little less favorable with the experiences that they’re having with the government,” Morgeson said.

ACSI does not include the U.S. Postal Service in its federal government satisfaction study, but instead measures it in a separate study it conducts on satisfaction with shipping companies like UPS, FedEx and DHL.

For express delivery, USPS earned a 75 percent satisfaction rating, but lost out against FedEx and UPS at 82 percent approval. When it comes to daily mail, Americans gave USPS a 69 percent approval rating

“Thanks to years of indiscriminate budget cuts, agencies are operating without the people and resources they need to continue providing the high quality of service that taxpayers expect on a consistent basis,” AFGE President J. David Cox Sr. said in an email. “Government shutdowns, office closures and mass layoffs have demoralized the federal workforce and undermined vital government programs and services. Congress needs to stop holding the American public hostage and start providing federal agencies with the resources they need to deliver quality programs and services.” 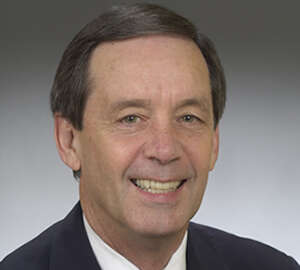