IRS performance data shows audit rate cut in half since 2010

Following a recent House committee hearing, in which lawmakers expressed concern about a significant decrease in the number of audits in recent years, the IRS has released updated figures on its enforcement activities.

In the 2018 Data Book it released Monday, the IRS reported auditing nearly 1 million tax returns in FY 2018, about 0.5% of 196 million tax returns filed during that year’s filing season. Of those, the IRS conducted nearly three out of every four audits through correspondence, rather than sending enforcement personnel to knock on doors.

Since 2010, the IRS has seen its budget decrease by nearly $1 billion, resulting in a more than 20% decrease in its workforce. However, some divisions within the agency have those cuts more acutely than in others.

TIGTA previously reported that the IRS has seen its tax return examination workforce shrink by more than 5,000 employees — or nearly 40% — over the past seven years, and the number of revenue officers reduced by about 1,600 employees during the same period of time.

With each revenue officer bringing in about $2 million annually, the IG office projected that recent workforce cuts have led to more than $3 billion not getting collected each year.

In addition, the Government Accountability Office in March found the IRS had cut its enforcement staff by 27% between 2011 and 2017.

IRS Commissioner Chuck Rettig, in a letter included in the data book, said the report helps highlight the accomplishments of the agency’s workforce.

“Our employees work hard to serve taxpayers and enforce the nation’s tax laws, whether directly interacting with them or providing support behind the scenes through work on our technology systems and other operations support functions,” Rettig wrote.

Overall, the IRS collected nearly $3.5 trillion in FY 2018, processed more than 250 million tax returns and other forms, and issued over 120 million individual income tax refunds worth nearly $395 billion. In addition, the IRS reported more than $40 billion in net revenue from delinquent collection activities, nearly a 2% increase compared to the prior year.

The IRS also had to answer tax-help questions through a wide range of platforms — ranging from its website, to over the phone, to in-person help.

The IRS also helped 64.8 million taxpayers answer their questions either through one of its call centers, through correspondence or at one of its 358 Taxpayer Assistance Centers (TACs) across the country.

Since 2017, the IRS has required taxpayers to call ahead and schedule an appointment before visiting a TAC. Rettig told lawmakers that under this policy, 50% of taxpayers looking to book an appointment were able to have their questions answered over the phone.

47% of taxpayers said the IRS “maintains a proper balance” between its enforcement and customer service programs, a 2-point increase from 2017.  80% of taxpayers surveyed said they were “very satisfied” or “somewhat satisfied” with their personal interactions with the IRS.

The Taxpayer Advocate Service received more than 216,000 new requests for assistance last fiscal year, and closed more than 198,000 cases, including those received in the previous year. 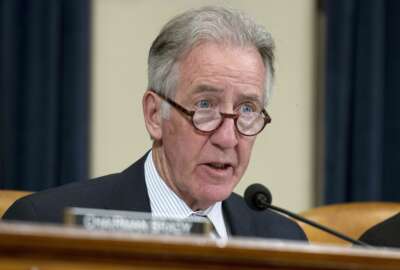