Despite 2,000 reserve vacancies, FEMA insists it’s ‘ready every day of the year’

The historic 2017 hurricane and wildfire season brought a moment of reckoning to FEMA, which later admitted staffing challenges had put an “unprecedented strain” on the agency at the time.

The triple whammy of Hurricanes Harvey, Irma and Maria — on top of California’s devastating wildfires — forced 73% of FEMA’s response workforce to deploy to disaster-impacted areas. More than half of the agency’s specialized response and recovery cadres were staffed at 25 percent or worse for 45 days or more.

Members of the House Homeland Security Committee this week tried to get a better sense of whether the agency was better prepared now than it was before the 2017 hurricane season.

Thompson and other members of the House Homeland Security Committee pressed Gaynor several times for specifics.

The agency’s full-time workforce is fully staffed, Gaynor said. But FEMA faces a shortage of roughly 2,000 temporary reserve employees, despite efforts to hire and train nearly 1,000 more ahead of this year’s hurricane season.

“We know it’s one of our struggles, but we have a plan to get there,” Gaynor said. “One of the issues has been how we qualify these new employees. We’re trying to streamline that whole process so it makes sense for us; we can onboard more quickly and employees can get to the field faster.”

The agency recently finished a review of its workforce. Gaynor said the agency specifically focused on existing recruitment sources for reservists and examined ways it could onboard temporary employees more quickly.

Jeffrey Byard, the President’s pick to be the new permanent FEMA administrator, similarly called for a focus on the agency’s workforce in his nomination hearing earlier this week.

“We have to continue to build our workforce, predominantly on the recovery end of that to just sustain the historic past two seasons,” he told the Senate Homeland Security and Governmental Affairs Committee Wednesday. “We have 61,000 project worksheets in the works now. That’s a tremendous workload. I would like to see the agency … ensure we do more to recruit, retain and promote those areas of under-represented populations within emergency management. You have to have a diverse workforce. The agency has to be representative of the community we serve.”

The Government Accountability Office, which said it was particularly concerned with FEMA’s current skills gaps and inconsistent training, told House members it would be foolish to discount FEMA’s workforce challenges.

“The challenges we face as a country and the risks we face aren’t going to make those challenges get any easier for the agency,” Chris Currie, director of GAO’s homeland security and justice team, said. “The 2017 disasters were a historic year in terms of cost and damage and impact on our citizens, but it would be a big mistake to look at that as a one-time event. Whether it’s 500-year floods, tornadoes like we’ve never seen before and huge wildfires, these events are happening every year.”

Communities across the country have already faced a total of 28 presidentially-declared natural disasters so far this year. FEMA itself has 272 open disasters that data back as far as 2000, and the agency has spent nearly half-a-trillion dollars on disaster relief since 2005, Currie said.

FEMA has, in fact, recognized that this is likely unsustainable. The agency released a new strategic plan last year, which called on state and local communities to improve their own disaster preparations and training in attempt ease up the burden on federal resources.

That message, however, hasn’t quite hit home yet with state and local communities.

“What we would expect over time is that we’ve addressed our capability gaps and build in enough resilience to where the local governments can handle more and more over time,” Currie said. “But what we’re seeing is the opposite. We’re seeing additional expectation of federal assistance over time.”

Beyond helping state and local governments better prepare to handle their own disaster response and recovery activities, FEMA is also trying to streamline its own operations and improve the overall federal response to major events.

Several House committee members recalled constituents who had nearly a dozen representatives from multiple federal agencies assess the damage on their homes after a recent hurricane. Lawmakers also described their frustration that disaster victims often had to jump through numerous hoops to request assistance funding from several agencies.

Both Gaynor and Byard acknowledged the confusion. About 19 federal agencies manage some 95 different disaster programs, Gaynor said. Eventually, FEMA hopes it can organize these programs and funding streams in a way that’s practically invisible to the customers. Gaynor called it “one-stop shopping” for disaster recovery and relief. 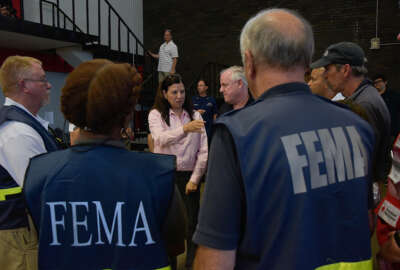 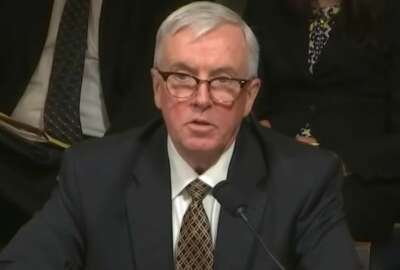