Attorney General William Barr said Monday that he sees a legal path to adding a citizenship question to the 2020 census, despite a Supreme Court ruling that blocked its inclusion, at least temporarily.

In an interview with The Associated Press, Barr said the Trump administration will take action in the coming days that he believes will allow the government to ask the controversial question. Barr would not detail the administration’s plans, though a senior official said President Donald Trump is expected to issue a presidential memorandum to the Commerce Department instructing it to include the question.

The Supreme Court’s June ruling was a blow to Trump , who has been pressing for the government to ask about citizenship on next year’s census. The U.S. Census Bureau’s experts have said a question asking about citizenship would discourage immigrants from participating in the survey and result in a less accurate census. That in turn would redistribute money and political power away from Democratic-led cities where immigrants tend to cluster to whiter, rural areas where Republicans do well.

Barr said he has been in regular contact with Trump over the issue.

“I agree with him that the Supreme Court decision was wrong,” said Barr. He said he believes there is “an opportunity potentially to cure the lack of clarity that was the problem and we might as well take a shot at doing that.”

The Trump administration has argued that the question was being added to aid in enforcing the Voting Rights Act, which protects minority voters’ access to the ballot box. But Chief Justice John Roberts joined the court’s four more liberal members in last month’s Supreme Court decision, saying the administration’s justification for the question “seems to have been contrived.”

It’s unclear what new rationale for asking the question the administration might include in a presidential memorandum.

As the administration grapples for a way around the Supreme Court’s ruling, the Justice Department has shaken up its legal team handling the matter.

“Since these cases began, the lawyers representing the United States in these cases have given countless hours to defending the Commerce Department and have consistently demonstrated the highest professionalism, integrity and skill inside and outside the courtroom,” department spokeswoman Kerri Kupec said in a statement.

A department official told the AP the new team would consist of both career and politically appointed attorneys. James Burnham, a top lawyer in the department’s civil division, would no longer be leading the litigation team, said the official, who spoke only on condition of anonymity to discuss the matter ahead of the court filing.

An administration official said the new legal team may find it easier to argue the administration’s new position. The official spoke on condition of anonymity because the official wasn’t authorized to speak on the record.

Barr spoke to the AP after touring a federal prison in Edgefield, South Carolina, where he met with inmates and staff members to discuss the criminal justice reform law that Congress approved and Trump signed into law last year. 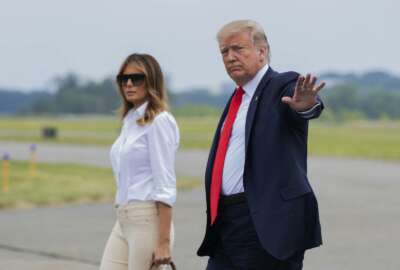 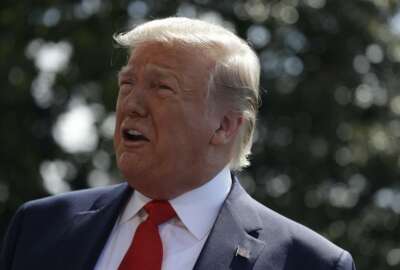