Trump abandons bid to include citizenship question on census

He insisted he was “not backing down,” declaring in a Rose Garden announcement that the goal was simple and reasonable: “a clear breakdown of the number of citizens and non-citizens that make up the United States population.”

But the decision was clearly a reversal, after the Supreme Court blocked his effort by disputing his administration’s rationale for demanding that census respondents declare whether or not they were citizens. Trump had said last week that he was “very seriously” considering an executive order to try to force the question. But the government has already begun the lengthy and expensive process of printing the census questionnaire without it, and such a move would surely have drawn an immediate legal challenge.

Instead, Trump said Thursday that he would be signing an executive order directing every federal department and agency to provide the Commerce Department with all records pertaining to the number of citizens and noncitizens in the country.

Trump’s efforts to add the question on the decennial census had drawn fury and backlash from critics who complained that it was political, meant to discourage participation, not only by people living in the country illegally but also by citizens who fear that participating would expose noncitizen family members to repercussions.

Dale Ho, director of the American Civil Liberties Union’s Voting Rights Project, and the lawyer who argued the Supreme Court case, celebrated Thursday’s announcement by the president, saying: “Trump’s attempt to weaponize the census ends not with a bang but a whimper.”

Trump said his order would apply to every agency, including the Department of Homeland Security and the Social Security Administration. The Census Bureau already has access to Social Security, food stamp and federal prison records, all of which contain citizenship information.

Trump, citing Census Bureau projections, predicted that using previously available records, the administration could determine the citizenship of 90 percent of the population “or more.”

“Ultimately this will allow us to have a more complete count of citizens than through asking the single question alone,” he contended.

But it is still unclear what Trump intends to do with the citizenship information. Federal law prohibits the use of census information to identify individuals, though that restriction has been breached in the past.

At one point, Trump suggested it could help states that “may want to draw state and local legislative districts based upon the voter-eligible population.” That would mark a change from how districts are drawn currently, based on the entire population, and could increase Republican political power.

Civil rights groups said the president’s efforts had already sown fear and discord in vulnerable communities, making the task of an accurate count even harder.

“The damage has already been done,” said Lizette Escobedo of the National Association of Latino Elected and Appointed Officials Educational Fund.

The Census Bureau had stressed repeatedly that it could produce better citizenship data without adding the question.

In fact, the bureau had recommended combining information from the annual American Community Survey with records held by other federal agencies that already include citizenship records.

“This would result in higher quality data produced at lower cost,” deputy Census Bureau Director Ron Jarmin had written in a December 2017 email to a Justice Department official.

But Commerce Secretary Wilbur Ross, who oversees the Census Bureau, ultimately rejected that approach and ordered the citizenship question be added to the census.

“It’s a retreat back to what he should have done from the beginning,” said Kenneth Prewitt, a former Census Bureau director.

Trump’s administration had faced numerous roadblocks to adding the question, beginning with the ruling by the Supreme Court temporarily barring its inclusion on the grounds that the government’s justification was insufficient. Two federal judges also rejected the Justice Department’s plan to replace the legal team fighting for inclusion.

But Trump insisted his administration was pushing forward anyway, publicly contradicting government lawyers and his commerce secretary, who had previously conceded the case was closed, as well as the Census Bureau, which had started the process of printing the 2020 questionnaire without the controversial query after the Supreme Court decision.

As he has many times before, Trump exploded the situation with a tweet, calling reports that the fight was over “FAKE!”

A week of speculation about the administration’s plans and renewed court battles ensued as Trump threw out ideas, including suggesting last week that officials might be able to add an addendum to the questionnaire with the question after it was printed. And he toyed with the idea of halting the constitutionally mandated survey entirely while the court battle played out.

Attorney General William Barr, however, said that the government had no interest in delaying the count and that, while he was confident the census question would have eventually survived legal review, the process would have taken too long to work its way through the courts.

Trump had offered multiple explanations for why he believed the question was necessary to include in the once-a-decade population count that determines the allocation of seats in the House of Representatives for the next 10 years and the distribution of some $675 billion in federal spending.

“You need it for Congress, for districting. You need it for appropriations. Where are the funds going? How many people are there? Are they citizens? Are they not citizens? You need it for many reasons,” he told reporters last week, despite the fact that congressional districts are based on total population, regardless of residents’ national origin or immigration status.

If immigrants are undercounted, Democrats fear that would pull money and political power away from Democratic-led cities where immigrants tend to cluster, and shift it to whiter, rural areas where Republicans do well.

Senate Democratic Leader Chuck Schumer on Thursday accused Trump of pushing the question “to intimidate minorities, particularly Latinos, from answering the census so that it undercounts those communities and Republicans can redraw congressional districts to their advantage.”

He later called Trump’s move a “retreat” that “was long overdue and is a significant victory for democracy and fair representation.” 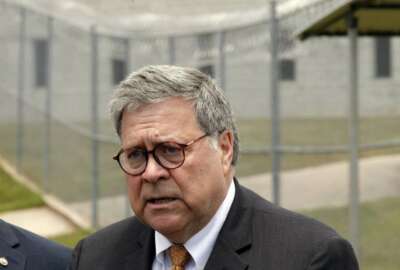 Barr sees a legal way to ask about citizenship on census 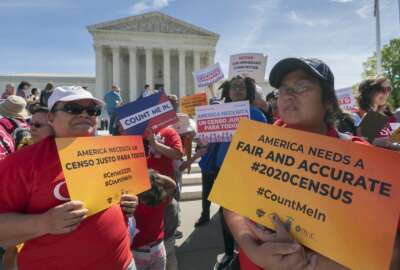 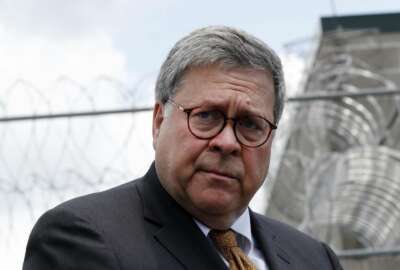