The Millennium Challenge Corporation invests U.S. foreign aid into developing nations, but not without a detailed paper trail of where the money’s going.

The global campaign Publish What You Fund recently ranked MCC as the top federal agency for aid transparency, and the seventh most transparent aid organization in the world.

Tom Kelly, the acting-vice president of MCC’s Department of Policy and Evaluation, told Federal News Network its performance on the scorecard reflects its mandate...

The Millennium Challenge Corporation invests U.S. foreign aid into developing nations, but not without a detailed paper trail of where the money’s going.

The global campaign Publish What You Fund recently ranked MCC as the top federal agency for aid transparency, and the seventh most transparent aid organization in the world.

Tom Kelly, the acting-vice president of MCC’s Department of Policy and Evaluation, told Federal News Network its performance on the scorecard reflects its mandate from Congress to invest in development work with the highest return on investment.

Since 2004, the agency’s board of directors has taken a data-driven approach to decide how best to work with partner countries. Before deciding on a project, MCC gathers quantitative indicators from independent third parties to determine a country’s performance in key policy areas. The agency then posts those findings online in country-specific scorecards.

“When we narrow things down and we start thinking about specific investments, before we do any investment at all, we have our economists work with the country’s economists to calculate very carefully what the costs will be, and what the benefits will be to the investment and then calculate what the return on every dollar will be,” Kelly said in an interview.

From there, MCC runs a cost-benefit analysis that gives the agency an estimated rate of return before moving forward with a project, which also gets published on its website. After projects are implemented, MCC has independent evaluators assess them and post findings online.

Kelly said MCC has internal workflows to make sure the agency takes a data-and-evidence-based approach to its mission, backed up by a workforce of economists, agronomists and technical staff that also supports this workplace culture.

“What’s key is having people who are committed to and who buy into the idea that you have to implement all those things. We’ve been fortunate to attract staff that are qualified and that are motivated, and who have shown themselves to be committed to doing all that,” Kelly said.

While Congress has set expectations for data-driven decision-making from agencies, and the Trump administration has set similar expectations from its Federal Data Strategy, Kelly said MCC sometimes runs into resistance when setting the same expectations for some of its partner countries .

“What we see is initially, our partner countries are not excited about the idea of spending time on this. They are under pressure because of their own political cycles [and] everybody wants to move as quickly as possible. Everyone also thinks that they already know what the problem is, so there’s some real impatience when we start working with them and emphasizing this data-driven, methodical approach we’re going to take,” Kelly said. “But as they go through the process, a number of our counterparts kind of go through a conversion where they actually start to buy in and feel that the way we’re approaching it is actually the right way.”

Based on feedback from congressional staffers, MCC has focused more recently on producing reports that highlight key takeaways in addition to its more technical assessments from its auditors.

The agency’s star reports, for example, described the agency’s investment in a country over a five-year period as serves as a resource for policymakers, think-tanks, non-government organization, and businesses.

Its evaluation briefs, meanwhile, summarize some of the 100-plus technical documents produced by external evaluators and focus on individual projects, such as a power plant or education project.

As for next steps under the Federal Data Strategy and the Foundations for Evidence-Based Policymaking Act, Kelly said that MCC has already built a strong foundation with its chief data officer and chief evidence officer, but said the policy documents affirm much of the agency’s progress so far.

“What’s useful about them and what we like about them is it gives us a bit more impetus still to keep pushing things in this direction, and to make sure that our external stakeholders are bought in with our commitment to this as well,” Kelly said. 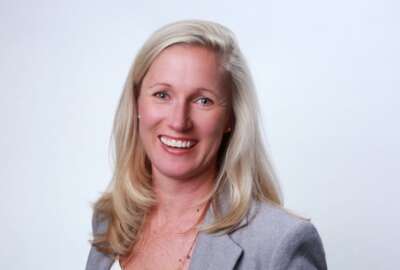