A federal court judge said the Postal Service must do more to process election mail on time, and has ordered the agency to shed more light on steps it’s taking to improve on-time mail delivery.

U.S. District Judge Victor Marrero on Monday directed USPS to pre-approve all overtime necessary in the week leading up to Election Day. The agency must also submit a list of steps necessary to improve on-time delivery scores for first-class mail...

A federal court judge said the Postal Service must do more to process election mail on time, and has ordered the agency to shed more light on steps it’s taking to improve on-time mail delivery.

U.S. District Judge Victor Marrero on Monday directed USPS to pre-approve all overtime necessary in the week leading up to Election Day. The agency must also submit a list of steps necessary to improve on-time delivery scores for first-class mail and marketing mail.

The ruling in Jones v. United States Postal Service in Manhattan comes after a ruling made by a federal judge in Washington state last week that has blocked USPS from moving forward with operational changes that have led to delays in mail delivery.

“The right to vote is too vital a value in our democracy to be left in a state of suspense in the minds of voters weeks before a presidential election, raising doubts as to whether their votes will ultimately be counted,” Marrero wrote in his decision.

Remy Green, the lead counsel for the plaintiffs, said in a virtual press conference Monday night that the court came up with a “fairly complex remedy” that allows USPS to provide more data without an undue burden.

The court has also ordered USPS to come up with a plan by Oct. 1 to improve on-time mail performance consistent with the levels for the rest of the year. For first-class mail, that would be about 93% of mail arriving on time.

“I’m confident that we can find a way to implement what the judge intends without consequences that are unforeseen,” Green said. “In an ironic way, it’s the opposite of what Postmaster [General] DeJoy did when he got into office. Rather than just saying, ‘Well just deliver the mail on time, or just leave on time,’ the judge has said ‘Here’s what I think you need to do, but let’s look at it very carefully before we do anything.'”

USPS spokesperson Marti Johnson said in a statement that the agency is reviewing the court’s decision.

“There should be no doubt, however, that the Postal Service is ready and fully committed to handling expected increased volumes of Election Mail between now and the conclusion of the November 3rd election. Our number one priority is to deliver the nation’s Election Mail securely and in a timely fashion,” Johnson said.

Rather than prescribing exactly what the Postal Service needed to do and “micromanaging its decision,” Green said the court set metrics that USPS needs to achieve for on-time delivery for first-class and marketing mail. The Postal Service will also be able to confer with the plaintiffs about what it can and cannot reasonably turn over.

“[It] gave us some room, so that if it turns out that the court misunderstood something about the Post Office, and if writing the wrong word in the wrong place would create a burden on the Post Office in administering the election — which is something that none of us want — we can talk to the Post Office and say, ‘OK, let’s not do that, let’s do X minus one, or X plus one, or instead of X let’s do Y,’ so that we can both get the relief we need to make sure that elections are run efficiently and reliably, but also so that we are not accidentally destroying what we’re trying to save,” Green said.

One of the plaintiffs, Mondaire Jones, an attorney running as a Democratic candidate in New York for the House, said the court’s ruling will ensure transparency with USPS performance in the lead up to the November election.

“This injunction prescribes very specific, affirmative actions that the Postal Service must undertake to ensure a free and fair election, which is my constitutional right as someone who is running for office, and which is a constitutional right of everyone in this country who is eligible to vote,” Jones said.

New York state Sen. Alessandra Biaggi, another plaintiff, said she has “no doubt” the Trump administration will seek to appeal the court’s ruling, but expressed confidence in the federal court’s injunction.

“I am also very confident that any higher court will agree that their actions are a threat to every voter’s access to the ballot box, and we are ready to fight for democracy all the way to the Supreme Court,” Biaggi said.

As the Postal Service reported in a Sept. 10 press release, the agency has seen an “uptick in service performance.” Data for the last week of August shows 88% of first-class mail was delivered on time, compared to nearly 90% for marketing mail and more than 78% for periodicals.

The Postal Service is giving House and Senate oversight committees weekly updates on delivery and performance metrics through the end of the year, but has pushed back on a request filed with the Postal Regulatory Commission to turn over more comprehensive performance reports than what has been provided to Congress.

The PRC ordered the Postal Service to fulfill this request earlier this month, but attorneys for the agency said it would take USPS about 4,300 hours to prepare all the data. The Postal Service has asked the commission to simplify the data request or allow more time to complete the request. 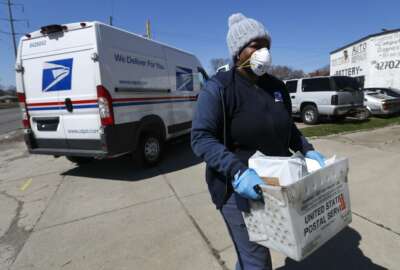 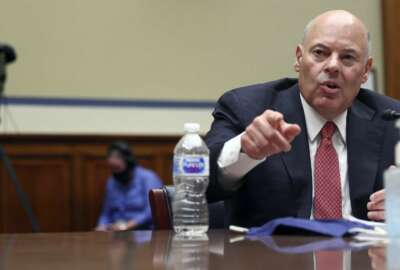