What did the Pentagon spend its coronavirus relief on?

The chairs of three House committees are looking into allegations that the Defense Department misspent about $1 billion in coronavirus relief funding. They’ve requested documents from DoD, prompted by a report in The Washington Post that suggested the Pentagon misdirected portions of a $1 billion dollar appropriation that was part of the CARES Act. Some lawmakers say...

The chairs of three House committees are looking into allegations that the Defense Department misspent about $1 billion in coronavirus relief funding. They’ve requested documents from DoD, prompted by a report in The Washington Post that suggested the Pentagon misdirected portions of a $1 billion dollar appropriation that was part of the CARES Act. Some lawmakers say the funding was supposed to be used exclusively for medical supplies, but DoD spent some of the money to support what it says were vulnerable segments of the Defense industrial base. Mandy Smithberger is director of the Straus Military Reform Project at the Project on Government Oversight. POGO is one of several outside groups that’s asked Congress to investigate the matter.

Jared Serbu: Mandy, let’s start with this $1 billion in CARES Act money that has been somewhat controversial for the Department of Defense. I think if you read the bill, one thing that at a bare minimum, you have to say about it, is it’s a little bit ambiguous. It really just says that the purpose of the money is to prepare for, prevent, and respond to the coronavirus. And I think from DoD’s perspective, a reasonable read of that is that you can use the money to respond to defense industrial base impacts caused by coronavirus. But tell me if you think that’s an unfair read of that statute.

Mandy Smithberger: I think it is a misreading of that statute. And while that might have initially made sense for the Department of Defense to have that reading, House appropriators tried to help clarify and make it clear that actually their intention was to make sure that that money was going to be provided for things like PPE for the defense industrial base, and not just general kinds of funding for that base. And I think one of the important things that we are seeing now in the wake of the initial Washington Post story, and the opening of the investigation from the Select Subcommittee on the Coronavirus Crisis is that they are re-elevating questions about: How did the Department of Defense assess that we already had enough PPE, and that they could take money that was meant for this to go to the defense industrial base instead? And the department’s refusal to provide that information to Congress is really at the crux of the crisis here, even though that’s not the part that’s getting the headlines.

Jared Serbu: Yeah. The department has released a fairly lengthy response to this. And in part with one of the points they’re making is, “Look, Congress, we’ve been briefing you all along about how we’ve been extending these funds. We’ve done public hearings, we’ve done background briefings with staff and the first we’ve heard that you think we’re misreading congressional intent here is extremely recently.” So, I think the department would say they’ve at least been transparent about what they’ve been doing along the way here, even if one might second-guess their decisions.

Mandy Smithberger: Yeah, I would say they’ve been transparent. Like I said, about half of the equation here. One of the excuses that we have heard is that, you know, they’ve thrown all the money that they can add, addressing PPE shortages, which, as someone who follows the Department of Defense frequently, I don’t know if I’ve ever heard them say before, that they’ve already thrown all the money they can. And it’s unusual to hear it in this circumstance. But they need to be sharing more information on their decision-making, particularly given that the defense industry has successfully lobbied the department to have their employees be declared essential infrastructure, when there are concerns about people having to reuse masks, when there are concerns about just inadequate supplies. And the purpose of using the Defense Production Act in this way was really to try and help our whole country to be more resilient in responding to this crisis. And we’re continuing to see shortages. Another Washington Post story that came out focused on the fact that you were having to reuse these masks. There are also internal HHS documents showing the federal government is fewer than 90 million of the 300,000,095 masks that were promised couple of months ago. So there are real shortages here. And as long as that is the case, it doesn’t make sense that that billion dollars is going towards the defense industrial base, particularly given that the department already received another $10 billion to confront this crisis, and they have additional authorities in the CARES act to be helping out contractors.

Jared Serbu: I take your point that this may have been a mis-prioritization, but I do want to point out, I think casual readers of that article may have gotten the impression that DoD used this money to just shovel wheelbarrows full of money to Lockheed Martin, when I think most of what was really going on is they were using DPA Title III to bail out companies that they saw as critical and that were really in danger and mostly smaller companies. Is that your impression too? And if so, is that reasonable?

Mandy Smithberger: So my impression is that a lot of this money has actually gone to some of the larger defense contractors that are already doing quite well, and that in some cases, it’s in places that are having more issues in response to this crisis, but more so, I’m hearing concerns about that we’re not actually taking care of small suppliers and that this is disproportionately benefiting the larger defense contractors.

Jared Serbu: Let’s turn to some broader oversight questions here. We’re talking about media oversight here, but there has been, I think, probably pretty robust oversight happening in the IG community in the background. We haven’t heard much of it yet. But those reports are probably going to start to come out sometime soon. What do you expect those reports to start to show, to the extent that we can even start to speculate on some of that?

Mandy Smithberger: So I think it’s gonna be difficult to see, without knowing more, but I think we’re going to see that there was a lot of confusion, that there are concerns in particular about whether some of these contracts were being awarded to responsible companies, whether they were going to be able to spend this money responsibly. I have concerns that they’re going to find that there were ripoffs, potentially, some cases being overcharged for things, and kind of globally with all of these inspector general reports, I remain concerned about the various attacks that this administration has had on the IG community, and whether that is going to undermine their ability to speak truth to power, particularly given that there are concerns that the politicization of this crisis has harmed decision-making.

Jared Serbu: One thing to kind of add fuel to your point, a very senior DoD contracting officials told me a few weeks ago that one of the things they did in the COVID response was to basically turn on all the contingency contracting authorities that they had used in Iraq and Afghanistan. And just to refresh people’s memories, we had an entire Blue Ribbon Commission to investigate waste, fraud and abuse that that surrounded the use of those rapid authorities with reduced oversight. And that’s probably another reason to be concerned here.

Mandy Smithberger: Absolutely. Where we’re seeing that there’s not enough data being collected. And again, we just want to make sure that these authorities are being used responsibly to actually address the crises that we’re facing.

Jared Serbu: Let’s talk budget a little bit here. There’s going to be enormous pressure on the federal budget directly related to the coronavirus response and the economic circumstances caused by it, probably for the foreseeable future. What do you think that does, or should do, to the defense budget? I realize those are two separate questions, but feel free to take one or both of them.

Mandy Smithberger: So, I think we have a real opportunity to assess what our priorities are in wanting to make sure that our budget actually reflects where there is the most need. I think we have seen that we were not adequately prepared to respond to this pandemic, that we still are not sure how to successfully recover. And I think there is going to be a real debate as to whether the Pentagon’s budget is too high, you’re seeing a lot of predictions that it’s going to stay approximately flat. But I think generally you’re going to see a new debate as to how do we keep ourselves safe? And does that mean that the Pentagon continues to receive a disproportionate amount of budget?

Jared Serbu: Any guesses as to what kind of ratios we might be seeing if there is a genuine reduction in defense spending?

Jared Serbu: That’s Mandy Smith Berger, the director of the Straus Military Reform Project at the Project on Government Oversight. 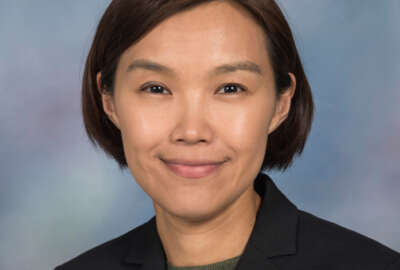 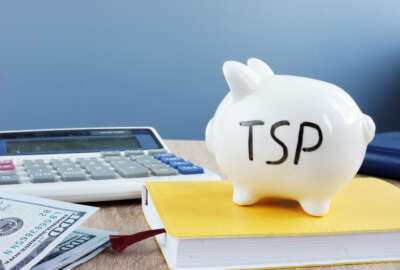