A look back and forward for Homeland Security

For an agency that’s only had seven confirmed secretaries, the Department of Homeland Security’s area of responsibility has grown exponentially since it’s creation after the attacks of 9/11. To take a look back, and get a sense of where the agency is now, Federal Drive with Tom Temin spoke to Ellen Gilmer, who is a senior...

For an agency that’s only had seven confirmed secretaries, the Department of Homeland Security’s area of responsibility has grown exponentially since it’s creation after the attacks of 9/11. To take a look back, and get a sense of where the agency is now, Federal Drive with Tom Temin spoke to Ellen Gilmer, who is a senior reporter with Bloomberg Government. She recently had a chance to speak to several current and former DHS leaders to get some perspective.

Ellen Gilmer: With the 20th anniversary, we wanted to do something that was kind of taking a broader look at these big questions of whether we’re safer than we thought. Who better to ask than the people who were charged with running this department, this whole department that was created in the wake of 9/11 to make the country safer and more resilient? So we were able to reach out to people who were at the department back in the Bush administration, which was super helpful to learn from them and kind of compare their perspective against that of people who are there now or more recently.

Eric White: So we’ll get to the current administration in a little bit. But looking back, were you able to learn anything or gauge anything from the former DHS leaders who included some people who were on the ground when the agency was created itself?

Ellen Gilmer: Yeah, it was interesting. The biggest thing, the biggest theme that kind of came up as I talked to these different people was that almost everyone agrees the terrorism threat that we faced on 9/11, that threat has just evolved through the years, it’s taken these different forms, different types of terrorism. And everybody mentions domestic terrorism today, not everybody agreed it was our greatest threat, but most agreed that it was, it’s just the biggest issue the department is facing now, on the terrorism front, is this rise of domestic terrorism, mostly that fueled by white supremacy and other hateful ideologies.

Eric White: Was there anything about the structure of the agency itself that seems to be almost hindering its ability now to go after the main thing that it was created for which was stopping terrorist attacks? Are there other functions that it’s kind of absorbed over the years that officials told you were hindering their ability to do that?

Ellen Gilmer: Most officials talked about the fact that DHS is just so huge. It’s like a quarter million employees, it’s got all these different sub agencies. It’s hard to wrangle. So when you need to adjust your mission or refine your approach to combating terrorism, it’s just hard to turn the ship or even refine the approach, because it’s just such a huge operation. I mean, this is an agency that does, border, the Border Patrol, cybersecurity, FEMA disaster response, like TSA, there’s so much going on. All of those are an element of Homeland Security and keeping us secure. But not all of those have a terrorism component, obviously. So it can just be one person who’s overseeing the whole agency has to really be able to mind all of those things at once without ever kind of losing sight of the counterterrorism mission.

Eric White: Yeah, it’s crazy how just over a few years, from a marketing standpoint, you think DHS, you used to think the word association, the next word was terrorism. Now you say DHS, and the next word is immigration.

Ellen Gilmer: Yeah, immigration, ICE is part of DHS, Customs and Border Protection, immigration services, and it’s just completely dominated the headlines since I joined the beat, which was just recently but obviously in recent years, it’s dominated the news. And the head of DHS has in many respects, across administration’s, become the face of immigration policy, which isn’t necessarily what they might have envisioned going into the job.

Eric White: I’m talking with Ellen Gilmer, she’s a senior reporter with Bloomberg Government. Let’s talk about another thing they’ve evolved to the takeover, which is the amount of cyber attacks that are occurring now. DHS has once again found itself on the forefront of a new threat to America. What did you learn on the cyber front of things?

Ellen Gilmer: When we talk about emerging threats or new threats to the U.S., cyber is top among them. Everybody mentions cybersecurity as just a huge issue for the U.S., keeping our critical infrastructure secure. DHS grew a couple of years ago, it grew even more and it added an agency that folks across the political spectrum are really quite committed to and excited about it. This Cybersecurity and Infrastructure Security Agency just focuses on that issue of keeping our infrastructure secure. And they kind of describe themselves as sort of quarterbacking the the federal response to cyber attacks and the federal prevention of and making our systems more resilient to cyber attacks. So that’s a big deal. And there’s also actually a terrorism nexus because terrorists are savvy people, or tend to be savvy people. There’s a lot of overlap now in the world of cyber crime and terrorism. There are foreign groups mostly that are using ransomware attacks to fundraise. And there’s a potential for groups to increasingly use those kind of tools to just wreak havoc, which is their goal.

Eric White: For the DHS Secretary job, since its level of importance has been upgraded over the years and they have to wear so many hats, was there any talk about the actual structure of the agency itself? What is defined as too big? And, obviously, maybe Congress is going to have to play a role here in controlling who goes where.

Ellen Gilmer: This is an issue that, yeah, Congress has been talking about this for a long time, reforming, overhauling DHS, either spinning off some of its functions, maybe putting the immigration function separate, putting the law enforcement function separate from the rest of the agency, or just adding some more leadership structure. DHS headquarters is actually quite small, considering the size of the agency. So maybe adding a couple of Senate confirmed positions up there that can really lead the oversight and leadership of some of these functions of the agency that can grow unwieldy. The issue is that Congress itself also is kind of complicated in its own Homeland Security work. The jurisdiction over the agency is split among a bunch of different committees, and that fact makes it difficult to actually move any legislation that would amount to a big overhaul of the agency.

Eric White: Yeah, I know this may have not fallen under, it might be a little specific, but was the St. Elizabeths campus brought up at all among the people you talk to?

Ellen Gilmer: We didn’t talk about the St. Elizabeths campus. I think that’s a good example, though. The St. Elizabeths campus is this huge, as you know, this huge campus. It used to be Hospital in Washington, D.C. in the southeast corner of the city where DHS decided to move its headquarters many years ago. And this process has been going on forever. And it’s a beautiful campus. Headquarters is there, the Coast Guard is there, some other parts of DHS are there, and other parts are still far flung in other places inside D.C. and in Maryland and Virginia. So it’s all super spread out still. And I think that’s really emblematic of just the sprawling nature of DHS. I think one thing that is an important summary of sort of where we are 20 years after 9/11 in terms of safety and security of the nation, is that we are so much less likely to experience an attack the type and scale of 9/11, our aviation security is just leaps and bounds ahead of where it was at the time. It’s hard to imagine, we heard this from many former DHS secretaries, it’s really hard to imagine, almost impossible, that a terrorist would seize control of a commercial aircraft and weaponize it and cause mass destruction. So that’s not where we are anymore in terms of what the big threats are. We’ve really improved a lot on that front. But as we discussed, the threats are always changing. They’re always fluid. We’ve got cybersecurity threats, we’ve got domestic terrorism threats, and we’ve got an unstable situation in Afghanistan that could contribute to new threats down the road. So it’s a very dynamic situation. You have a giant agency in charge of kind of wrangling all of that in coordination with some other agencies who have a piece of it. So it’s definitely something to watch and it remains a question whether DHS can be nimble enough to address all of these threats as they change and evolve and arise over the years.

Homeland Security wants to ‘cut through the hype’ of AI, find best uses only 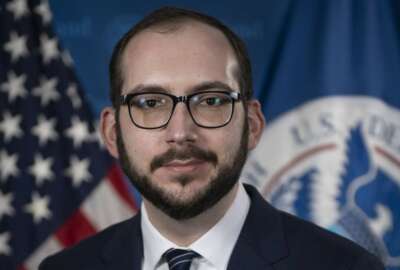