RICHMOND, Va. (AP) — A former top-ranking State Department official is set to plead guilty for improperly helping a wealthy Gulf country try to influence U.S. policy and not disclosing on a government ethics form gifts he received from a disgraced political fundraiser.

Court records filed earlier this month say that Richard G. Olson, who was the State Department’s special representative for Afghanistan and Pakistan at the end of the Obama administration, provided “aid...

RICHMOND, Va. (AP) — A former top-ranking State Department official is set to plead guilty for improperly helping a wealthy Gulf country try to influence U.S. policy and not disclosing on a government ethics form gifts he received from a disgraced political fundraiser.

Court records filed earlier this month say that Richard G. Olson, who was the State Department’s special representative for Afghanistan and Pakistan at the end of the Obama administration, provided “aid and advice” to Qatar on lobbying activities in violation of a “revolving door” prohibition against such behavior for one year after leaving public service.

Olson, who also served as U.S. ambassador to Pakistan and the United Arab Emirates, indicated in a signed filing earlier this month he intends to plead guilty. It’s unclear if he’s cooperating in other investigations.

The case represents one of the more high-profile efforts by the Justice Department in recent years to crack down on unreported or illegal influence campaigns funded by foreign governments aimed at altering U.S. policy.

Federal prosecutors also said that while at the State Department, Olson failed to disclose certain financial benefits he received from a California businessman named Imaad Zuberi. Once a major political donor, Zuberi is now serving a 12 year prison sentence for funneling illegal campaign contributions to politicos in both major parties and then peddling the resulting influence to foreign governments. The new court records do not use Zuberi’s name, but The Associated Press was able to identify him based on court filings in other cases, letters a Zuberi representative has sent to Congress, and interviews with Zuberi associates.

Neither the Justice Department or Olson’s attorney immediately returned requests for comment.

Shortly after Olson left the State Department, several Gulf countries, including Saudi Arabia and the UAE, launched a blockade against Qatar that sparked a massive spending spree in Washington on lobbying and other efforts to influence U.S. policy.

Olson, Zuberi and retired Marine four-star Gen. John Allen traveled to Doha early in the diplomatic crisis to meet with top Qatari officials and discuss ways of resolving the issue, according to court records and a statement Allen’s spokesman provided to the AP last year.

Federal prosecutors write in Olson’s newly filed court records that shortly after the June 2017 trip, Olson, Zuberi, a Qatari official and Allen, who is only identified as “Person 3,” met with several Congressmen “for the purpose of convincing the U.S. lawmakers to support Qatar rather than its regional rivals in the Gulf Diplomatic Crisis.”

Emails that Zuberi’s representative submitted in a letter to Congress also show that Zuberi pushed for Olson and Allen to accompany Qatari officials to a White House meeting with then-National Security Advisor H.R. McMaster.

“We should shift this conversation to WhatsApp,” Allen replied. “I’ll let Rick speak for himself regarding his legal restrictions in dealing with the (U.S. Government).”

Allen, who is now president of the influential Brookings Institute think tank, told the AP last year that White House officials were aware of and supported his efforts to revolve the crisis as a private citizen.

“General Allen has never acted as an agent of the Qatari government,” his spokesman, Beau Phillips, said in a statement last year.

The newly filed court documents also show that Olson worked with Zuberi to win U.S. government approval for a preclearance facility at the Doha airport, which would allow U.S.-bound passengers to clear customs before they left Qatar.

Such approval would expand the number of U.S. cities the Doha airport could serve and give it an advantage over competitors in the Gulf, prosecutors said. As ambassador, Olson had worked to establish a preclearance facility at the Abu Dhabi International Airport in the UAE.

Zuberi became notorious for courting lawmakers and diplomats like Olson. In 2015, prosecutors said, Zuberi paid for Olson’s trip from New Mexico to London, where the then-ambassador met with Esam Janahi, a Bahraini businessman who offered Olson a one-year contract worth $300,000 a year. Janahi was not named in Olson’s court records, but the AP identified him through separate court filings and other records.

Zuberi detailed that aspect of his relationship with Olson last year in letters to members of Congress, in which a former federal law enforcement officer hired by Zuberi cited a host of irregularities in the fundraiser’s prosecution and described his lengthy prison sentence as a “miscarriage of justice.” 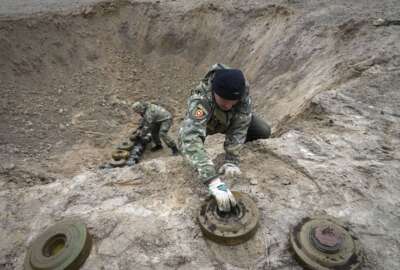 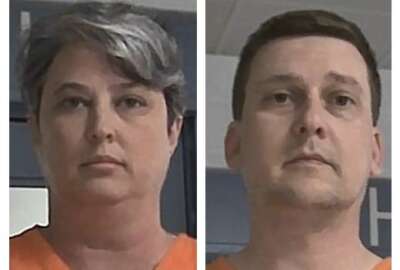