The scope of pandemic relief fraud keeps on ballooning

Documents obtained by the Project on Government Oversight or POGO, show the Small Business Administration forgave millions of loans it knew might be fraudulent. SBA issued the loans under the Payroll Protection Plan, a big element of federal pandemic relief. To get into some details, the Federal Drive with Tom Temin talked with POGO senior investigator Nick Schwellenbach.

Documents obtained by the Project on Government Oversight or POGO, show the Small Business Administration forgave millions of loans it knew might be fraudulent. SBA issued the loans under the Payroll Protection Plan, a big element of federal pandemic relief. To get into some details, the Federal Drive with Tom Temin talked with POGO senior investigator Nick Schwellenbach.

Tom Temin: Nick, good to have you back.

Nick Schwellenbach: Thanks, Tom, good to be on.

Tom Temin: And you FOIAed for these documents. And I guess the scope of the misspending and the fraudulence happening under all of these programs is still coming into view. It’s like rising over the horizon, hundreds of billions of dollars. But you looked at what the internal documents said to SBA with flags and markers on the different loans. Tell us what you were looking for what you found here?

Nick Schwellenbach: Yeah, I want to be very clear that what we found is not definitive indicators of fraud. I want to say that upfront. So what we did was we read the auditor’s analysis of the Small Business Administration’s financial statements. We’ve read those for the last few years. And when I was reading the fiscal year 2020 auditor’s analysis of the financial statements, the auditor said some very striking things in the bowels of this audit.

Tom Temin: And just a quick question the auditor, meaning the inspector general of SBA?

Nick Schwellenbach: This was actually KPMG working under the auspices of the inspector general at the Small Business Administration. So KPMG wrote that there were about 2 million loans issued under the Paycheck Protection Program that had been flagged for various reasons for dozens of different reasons for further scrutiny. Now, what the Small Business Administration did is they hired a contractor, and they flagged loans to sort of assist the SBA as part of the forgiveness process. And this began in August of 2020. And this continued for many months, even into 2021. But the bulk of the flags were applied between August and December of 2020. Then we filed a Freedom of Information Act request for this dataset. We asked the SBA to give us all the data on all the flag loans, we got this massive, massive spreadsheet, thanks to a Freedom of Information Act lawsuit, it had 4.3 million flags applied to 2.3 million loans. These flags were for various things, some of them were applied to loans because they were above $2 million. And they triggered this special review criteria that then Secretary Mnuchin said would mean that those loans would come under a full review. Some of the flags were for, quote unquote, large number of employees at a residential address. Some of them were for bureaucratic reasons. Sometimes the loan recipient would supply a taxpayer identification number that didn’t seem to match up with what that company should have had. There are a whole lot of other reasons. Sometimes the flags were for a business that seemed to maybe exceed the SBA’s relevant size standard. And there were many others.

Tom Temin: These flags were applied automatically or who applied the flags?

Nick Schwellenbach: There was automated screening, what they did is they use various different databases to try to match what they had internally at SBA with Dun and Bradstreet data, with data the SBA had, sometimes with data that was at the IRS, although they redacted those codes. But we know that was one of the codes that was applied. So they did this automated screening to come up with these flags. And these flags were supposed to trigger a more thorough review that would involve a manual review. Sometimes it would involve going to the loan recipient and asking them to help resolve the hold code if there was a mistake. So some of the hold codes were indicators that maybe the loan recipient had a match with the Treasury Department’s do not pay list, including for dead persons or for entities that were barred from doing business with the federal government. Sometimes those are honest mistakes, or a false positive. So just because there was a flag doesn’t mean there was fraud or ineligibility. Some of the flags do indicate clear cut ineligibility if they’re accurate. For instance, one of the requirements under the paycheck protection program was that you had to be an active business prior to Feb. 15, 2020, to get one of these loans. And so 785,000 of these flags were for loan recipients where there are indicators that they were not an active business prior to Feb. 15, 2020.

Tom Temin: We’re speaking with Nick Schwellenbach, he’s senior investigator at the Project on Government Oversight. So these flags were there and what did you find that they went ahead and forgave those loans despite the flags, is that the issue here?

Nick Schwellenbach: As of last month, the SBA has forgiven in full or in part 95% of all PPP dollars that were issued, which is nearly $800 billion. The flag’s loans in our database represent at least $189 billion of loans. So there’s some substantial number of loans that have been flagged that have since been forgiven. And in the course of doing our reporting, we read a newer audit by KPMG of SBA’s financial statements. And in this newer audit that was issued late last year, the auditor, KPMG, criticized the SBA for sometimes forgiving loans without closing out the hold codes, and for allowing its contractor to close out many of these hold codes and requiring no further action. But the auditor said that the SBA did not ensure that the contractor adequately reviewed those loans and made sure that those hold codes were properly closed out. So that prompted us to take a closer look at the data. And what we found was really interesting. An extraordinarily high percentage of these loans were closed out on just a handful of days, there were these bulk mass close out of these hold codes on just a couple of days in late December 2020 and in January 2021. On four different days, 77% of all the hold codes in our database were closed out, especially on Jan. 6, 2021, 41% of all the whole codes in the database were closed out on that single day, 1.8 million flags on one single day, a couple days before Joe Biden was inaugurated, on Jan. 16, 99.1%, of the special review codes that were applied to the loans above $2 million were closed out. So, we went to the SBA, when we tried to get more information about what happened. Why were these bulk close outs happening on these days, the SBA really didn’t give us a lot of information. They sort of threw the past administration under the bus, they said we inherited a lot of problems from the Trump era that we’ve been trying to fix. We can’t comment on the Trump administration actions, but they still threw the Trump administration under the bus and implied that there was some problem under the Trump administration, but thankfully we have KPMG’s criticism.

Tom Temin: Let me just stop you right there. I mean, most of this work is done by career staff. Correct?

Nick Schwellenbach: There’s the question of what did the contractor do and what did the career staff do? And what are the political level know? Those are all very good questions. KPMG is saying that the agency did not properly oversee its contractor who engaged in these bulk close outs of the loans. Now we have a little bit more detail from the Pandemic Response Accountability Committee. They issued a report earlier this year—

Nick Schwellenbach: Well, so this is the PRAC. So the PRAC was, you know, one of these new oversight entities created by the CARES Act in 2020. And the PRAC is staffed by a lot of people from the IG community or former IG staffers. And the PRAC did its own assessment of the SBA’s anti-fraud efforts involving the paycheck protection program. And there are some interesting passages in the PRAC report that say that SBA directed its contractor in the fall of 2020, to create sort of a process called batch dispositioning, which is a bureaucratic way of saying bulk close outs of these hold codes to just sort of speed up the closing out of these hold codes. These hold codes, if you follow SBA’s rules to a tee. If they were not closed, you were not supposed to get your loan forgiven. And you are not supposed to get a second round PPP loan and starting in mid-January 2021, which is the time period where most of these bulk close outs happened. The SBA started issuing second round PPP.

Tom Temin: Do we know who this bulk release or contractor was? Do we know the company?

Tom Temin: And I guess the other question is now what happens? I mean, what’s done is done the money’s forgiven, can they still go back and review the flags and maybe try to claw the money back?

Nick Schwellenbach: So the SBA has created procedures that do allow them to go back and look at forgiven loans. The inspector general has been somewhat critical of that, and has said that trying to claw back the money that has already been forgiven may prove challenging. And if you think about it from the perspective of a loan recipient, hey, I applied for a loan. You said I was eligible. You gave me the loan. I applied for forgiveness. You said I was eligible for forgiveness. Now you’re coming back to me and you’re saying you want the money back? So the loan recipients that have had their loans forgiven do have a defense. However, if there is evidence that there was fraud, yes, through civil enforcement, through criminal enforcement, the SBA and the Justice Department can potentially get this money back. It will be more challenging in cases where there isn’t clear cut evidence of fraud or ineligibility, where things are more in the gray zone, because SBA sort of failed at both the front end before loans went out and at the back end, when loans were forgiven, it may be challenging in many cases to get money back.

Tom Temin: Nick Schwellenbach is senior investigator at the Project on Government Oversight. Thanks for joining me.

Nick Schwellenbach: Good to be on. 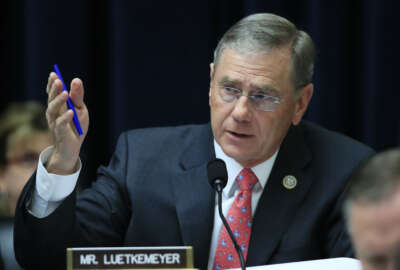 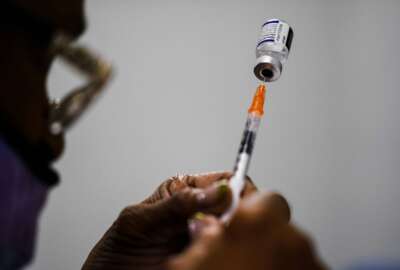