Two years after the Air Force released its first set of standards under an effort called Open Mission Systems (OMS), it’s standing up a permanent office to make sure open architecture principles can be applied throughout its acquisition system and not just in small, experimental pockets.

By the end of this year, officials expect a new organization called the Open Approaches Management Office, based at Wright-Patterson Air Force Base near Dayton, Ohio, to reach its initial operating capability. It will take over responsibility for the OMS project that has been managed, until now, by the Pentagon-based Air Force Rapid Capabilities Office (RCO).

“The work we’ve done thus far has been within a small group, and it didn’t get promulgated out to everybody,” Lt. Gen. Arnold Bunch, the military deputy to the assistant secretary of the Air Force for acquisition told a recent symposium hosted by AFCEA in Fairfax, Virginia. “What we’re doing now is putting it within the Lifecycle Management Center (AFLCMC) so that they can take that standard and put it much more readily into our programs, so that all of our program executive offices and program managers have that standard available and can use it as they build their programs in the future.”

The standards, which the Air Force says were built with input and consensus from the companies who compete to build most of its weapons, are meant to ensure the government isn’t entirely wedded to a single vendor for several decades after it awards a contract for a new air frame or another large system. It released an updated version, 1.1, in December 2015.

When the standards are applied to a contract, the Air Force can, in theory, recompete any portion of an acquisition program whenever it decides it’s time to replace, say, a radar or add a new type of weapons payload to an existing aircraft because the technical specs that makes up the interfaces between a system’s various parts are publicly-owned and aren’t the intellectual property of any one vendor.

Bunch said the Air Force has already used OMS in a handful of demonstration projects to upgrade systems on the B-2 and B-52 bombers, the U-2 surveillance plane and the F-22 and F-35 fighters. The service estimates its open architecture trials — where they’ve been used — have cut its software integration costs by between 60 percent and 90 percent.

The highly-secretive B-21 bomber, being developed under a contract with prime vendor Northrop Grumman, was not officially a part of the OMS project, but the Air Force has emphasized that that plane’s costs will be held under control by similar open systems architecture principles.

The Air Force expects the Open Approaches Management Office to reach full operational capability sometime within the next two to three years.

Each of the three military departments have various programs underway to encourage open architectures, but they have not moved quickly enough to satisfy lawmakers who strongly agree with the proposition that open interfaces can cut acquisition costs and introduce innovation by shaking up what would otherwise be sole-source procurements.

An early draft of the House version of the 2017 Defense authorization bill would have mandated open architectures on every large military weapons system for precisely those reasons. Rep. Mac Thornberry (R-Texas), the chairman of the House Armed Services Committee, later agreed to soften the language in a way that orders open systems only when they’re practical. 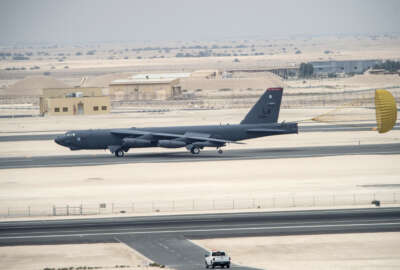