Three senior Air Force generals urged lawmakers to pass a complete budget, warning that another continuing resolution would have consequences for the Air Force so dire that all training missions would be grounded for two months.

“A continuing resolution would devastate the readiness that we’re trying to regenerate,” said Lt. Gen. Mark Nowland, Air Force deputy chief of staff for Operations, during a March 29 hearing of the Senate Armed Services Subcommittee on Airland.

Three senior Air Force generals urged lawmakers to pass a complete budget, warning that another continuing resolution would have consequences for the Air Force so dire that all training missions would be grounded for two months.

“A continuing resolution would devastate the readiness that we’re trying to regenerate,” said Lt. Gen. Mark Nowland, Air Force deputy chief of staff for Operations, during a March 29 hearing of the Senate Armed Services Subcommittee on Airland.

In order to improve readiness, Nowland said the Air Force has been flying more training missions this year, betting that Congress would come through with the necessary funding. While deployed missions would continue as usual, if Congress fails to pass a budget and instead opts for another CR, all non-deployed units would be grounded because training funds would run out two months early.

Lt. Gen. Arnold Bunch Jr., assistant secretary of the Air Force for Acquisition, said that a CR would also negatively impact procurement. He said without the predictability of a complete budget, the industrial base can’t adjust production accordingly, which leads to either higher costs for weapons and ammunition, or depleted stockpiles.

“For many years we’ve gone full up on the throttle and full back on the throttle,” Bunch said. “And what we’ve got to do is set a stable throttle and continue to keep stable funding to send that signal to industry so that industry is willing to make the investments so that they can support what we need to procure.”

“I hesitate to speculate how a jet airplane would fly if Congress was in the driver’s seat, the pilot’s seat,”  Sen. Angus King (D-Maine) said.

A CR would also damage one of the Air Force’s attempts to improve retention among its pilots.

According to Nowland, the Air Force is currently short by 1,555 pilots, most of them fighter pilots.

The service is having trouble competing with airlines that can pay pilots more. The trouble comes when pilots are up for reenlistment. Military pilots have training and hours required to qualify to fly for the major airlines without having to work for smaller regional airlines first.

One of the ways the Air Force is trying to combat this is to offer pilots larger bonuses. It’s increased bonuses to $35,000, but Nowland told lawmakers that he’s requesting the funding to increase them as high as $50,000.

“Although we’ll never keep up with the airline salaries, currently — between us and the Navy we are producing about 2,200 pilots a year. This past year that we’re finishing now, airlines are hiring 4,000. We’re only producing 2,200,” said Lt. Gen. Jerry Harris Jr., Deputy chief of staff for strategic plans, programs and requirements.

But those numbers would get much worse if there’s a CR instead of a budget.

“If we take a continuing resolution throughout the year, we will be $2.8 billion short that we will have to find a way to fund within five months,” Bunch said.

But money alone isn’t enough to keep the pilots around, Nowland said.

These extra personnel will take care of jobs like scheduling duty, reporting functions and administrative work. But they cost money as well.

Forcing pilots to do these tasks is also adding to a general sense of overwork among their ranks.

“Over the last two decades, as we’ve been getting smaller, we’ve been cutting as much of the tail as we can, and we realize we did too much,” said Harris. “The flying squadrons are so small they had no support. So after a full day of flying or an exercise that they were deployed to, they had to come home and do a significant amount of paperwork that could be done by many people, not just the flyers.”

Nowland helped to emphasize the point with the personal story of one pilot.

“I have a story of an F-22 pilot, major, who was in Alaska, sir, he had been there for seven years,” he said. “He went to weapons school. He was at the peak of his game. He came home one day and his wife put his hand on her shoulder and said, honey, I love you, but you’ve got to get out of the Air Force. And he said, why? Because in the last five years, you’ve been home 10 months.”

And this issue is only going to continue to get worse, Nowland said. Aside from projections that airlines are going to continue growing over the next 10 years, he also pointed out that today’s pilots are tomorrow’s administrators.

As they get older, he said, their institutional knowledge is needed for things like training and acquisition, and these pilots will be needed to stop flying as often, and start running the Air Force instead. 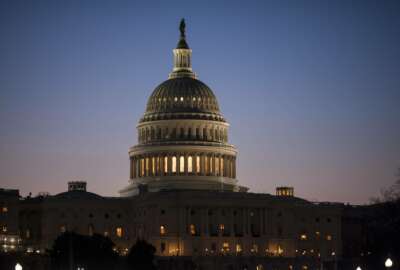