The Air Force’s top officer said Tuesday that he’s about to issue a memo that will delegate decisions about how much rest time pilots and other airmen receive between missions to wing and squadron commanders, part of what he said is a broader and continuing effort to devolve decision-making authority as far down the chain of command as reasonable.

There is no particular problem with crew rest at the moment, said Gen. David Goldfein, the Air Force chief of staff, but that’s not really the point.

In his view, Air Force headquarters should not be dictating inflexible requirements of any sort if they’re impeding local commanders’ ability to make decisions for no good reason.

“Our squadron commanders are entrusted with the most lethal weaponry on the planet,” he told the Air Force Association’s annual conference in National Harbor, Maryland, on Tuesday. “We can sure trust them to determine whether those people in their squadrons are rested and ready to be able to accomplish the mission.”

Goldfein said placing a greater degree of trust in squadrons — the organizations he calls the “heartbeat” of the Air Force — is a non-negotiable requirement for what he and the other members of the Joint Chiefs of Staff project will be the future nature of warfare, where units will be fighting in increasingly urban environments against highly capable adversaries who can completely cut off lines of communication between operational commanders and headquarters officials.

“What’s going to be essential to our success in that kind of environment is that we have squadron commanders who feel empowered to make decisions and take appropriate risk,” he said. “How do we get back into the business of providing commander’s intent and mission-type orders, and then giving squadron commanders room to run? This is a warfighting imperative.”

Heather Wilson, the newly-confirmed secretary of the Air Force, sent mostly the same message in an address she delivered to the conference the day before.

The service, she said, needs “healthy” squadrons, ones led by commanders who are willing to “go against the grain,” and complain when they encounter nonsensical policies issued by headquarters officials.

“We’re trying to put in place processes so you don’t have to ask God-and-everybody for permission to do something,” she said. “That’ll entail some risk, and we know that people are going to make mistakes. But this is not a one-mistake Air Force. We expect excellence, but I don’t expect perfection on this side of Jerusalem. The risks are worth taking, because the risk of central control is greater.”

Wilson said she and other Air Force senior leaders are actively looking for areas in which they can undo policies that have placed too much central control in higher headquarters.

And they’re finding them, sometimes by happenstance.

One such incident happened earlier this month, after Hurricane Irma made landfall in Florida, when Wilson was approached by one of her senior military aides with an urgent request from a wing commander at Patrick Air Force Base on Eastern Florida’s barrier islands.

The commander had stayed at the base to help coordinate evacuation operations there — perhaps a bit too long — and needed permission to use a government-owned high-water vehicle to safely return to his home.

The request went to Wilson, because under current regulations, only the Secretary of the Air Force can authorize the use of a government vehicle for travel between a military member’s duty station and his or her domicile.

“The regulation does make exceptions for emergencies, but it actually says that you should start your paperwork 45 days in advance, so you have time to ask for the exceptions you’d need in case of an emergency. So obviously, we’re just not scheduling our hurricanes very well,” she said. “This doesn’t make any sense, and every airman knows it doesn’t make any sense, but that’s what the regulation says. A wing commander has to assign some captain or sergeant to do the paperwork, to get written permission from me, so that he can get home to face down the hurricane that night. That’s stupid. We need to just say it’s stupid and try to fix it.”

That particular regulation isn’t within the Air Force’s power to change, it turns out. Wilson said her research on the subject showed it’s based on a Defense Department instruction and an underlying federal law. In the meantime, Goldfein said the Air Force is actively encouraging commanders to challenge headquarters policies that don’t match up with the on-the-ground realities of managing a modern-day wing or squadron.

“We know we’ve got to establish trust up and down the chain of command. Right now, I don’t think that wing, group, squadron commanders have total trust and confidence that we’re serious about what we’re talking about, and there’s a number that are in a sort of a stand-back, hold-off, wait-and-see mode,” he said. “But the secretary and I are committed to this, and we’re going to keep swinging away at it. One of the things we’ve done is to tell the Air Force inspector general, ‘If you go out and inspect an organization and that commander has made a prudent reasonable decision to change course, and that decision has actually increased the lethality and the readiness of that unit to accomplish their mission, we’re not gonna ding them. We’re going to celebrate it.’” 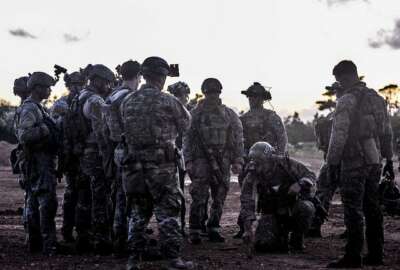 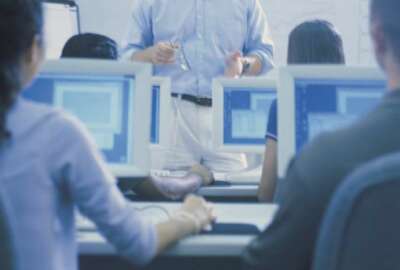 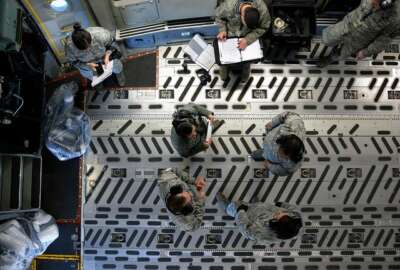