The Air Force is inviting even more retired pilots back into the cockpit and other pilot-related jobs after the president gave new powers to the service last week.

The hope is to stem the Air Force’s growing fighter pilot shortage, which has now reached 1,500.

A new authority given through an executive order will most likely allow retired pilots to return to the Air Force for three year stints. The order also raises the cap...

The Air Force is inviting even more retired pilots back into the cockpit and other pilot-related jobs after the president gave new powers to the service last week.

The hope is to stem the Air Force’s growing fighter pilot shortage, which has now reached 1,500.

A new authority given through an executive order will most likely allow retired pilots to return to the Air Force for three year stints. The order also raises the cap on the number of pilots that can join the program. The original program was capped at 25. The new program will probably have a ceiling of 1,000. The Air Force is still waiting for implementation guidance from the Defense Department to clear up those details.

“We had about 10 to 15 pilots that were interested in the original program,” Brig. Gen. Michael Koscheski, director of the Air Force Aircrew Crisis Task Force told reporters Oct. 23 at the Pentagon. The Air Force has only signed three pilots on so far.

Koscheski said the enlistment time of only a year was a deterrent to pilots coming back to the service.

“As you can imagine that offer wasn’t super appealing being only one year based on an individual’s life circumstances,” Koscheski said. “What we looked for was to give ourselves more authorities and the opportunity to create more assignment opportunities for retirees to come back on active duty and so to expand those authorities greater than a year, up to three years or so, so we can get a normal assignment out of that returning officer.”

The executive order also authorizes the Air Force to call back pilots involuntarily from retirement. The Air Force will not be using that power for now.

“The Air Force does not currently intend to recall retired pilots to address the pilot shortage. We appreciate the authorities and flexibility delegated to us,” Chief of Air Force Media Operations Ann Stefanek stated on Oct. 22.

The last time the Air Force used an authority like this was in 2009. The service brought back 160 retired pilots for assignments and convinced 35 pilots to permanently stay in active duty.

The program allows retired pilots to come back up to the age of 60.

Retired pilots coming back also have the option to volunteer for a year-long deployment.

The Air Force’s biggest fear right now is losing ground on pilot retention and training. The Air Force employs 20,000 active duty pilots, so a shortage of 1,500 may seem minimal.

However, the Air Force is only producing 1,100 pilots a year while the demand is at 1,600. Additionally, many Air Force pilots are leaving the service for airlines that offer more money and a less dangerous flying experience.

The airline industry is expected to double its pilot force in the next 20 years, causing a pilot shortage nationwide.

By bringing in experienced, retired pilots, the Air Force can train more, younger pilots and broaden its training pipeline.

Koscheski said if things go according to plan the Air Force will be able to train 1,400 pilots a year by the 2020 timeframe.

The Air Force is considering other tactics to hire and retain pilots too.

The Air Force is considering options like a national pilot training academy funded by airlines and the military to work on the shortage problem.

“Some of the near-term things are looking at when we have Guard and Reserve pilots. A lot of them work for the airlines and work part time for us. We want to look at ways to create win-win situations for both the airline industry and get maximum use of those pilots for what we need in the military. That’s a near-term thing we can do quickly,” Koscheski said. “In more of the longer term piece would be looking at a national training academy or public-private partnership with pilot schools, and then once we create a sustainable pipeline of civilian pilots, then look to have military pilots potentially co-trained with civilian pilots so we have an overall larger pool of pilots for a lower cost for everyone.”

The Air Force is already offering bonuses to pilots to stay in and Congress is planning on bumping up the amount pilots can receive in bonuses from the service. 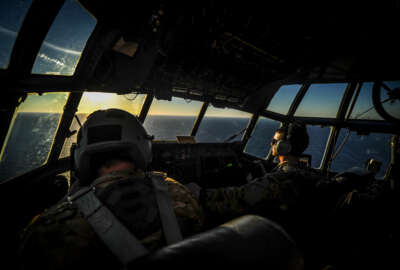