“[It is] really troubling because we know the Air Force is confronting a number of problems and the best way, usually, to get those problems fixed is to be transparent about them both to the public and to Congress,” Mandy Smithberger, director of the CDI Straus Military Reform Project at the Project on Government...

“[It is] really troubling because we know the Air Force is confronting a number of problems and the best way, usually, to get those problems fixed is to be transparent about them both to the public and to Congress,” Mandy Smithberger, director of the CDI Straus Military Reform Project at the Project on Government Oversight, told Federal News Radio.

The Air Force is cutting base visits and media interviews for fear of “giving insights to our adversaries, which could erode our military advantage” in what it calls a public relations reset, according to a new memo, which was first obtained by Defense News.

The directive bans new interviews with media related to operational matters and even makes participation in community, band and public engagements subject to headquarters approval.

“We’ve seen the secretary of defense crack down on communications with the press by not having announced press conferences, being stupidly cagey about troop numbers when that information is publicly reported elsewhere and you have a lot senior leaders that fail to understand how important it is for our public to understand how our military its defending the country,” Smithberger said.

Pat Kumashiro, a retired Air Force colonel and principal at Kumashiro Consulting LLC, tweeted in response to the news that the Air Force “benefits greatly from collaborative relationship with the media.” Kumashiro added the service was able to take reporters and lawmakers to see Air Force readiness concerns at two bases in 2016, which resulted in end strength increases in the defense authorization act.

The Defense Department and the Navy both cracked down on their interactions with the media in the past 18 months as well.

Smithberger said some of the Navy’s issues with ship accidents this summer may have been avoided through better transparency.

“The worst case scenario is that we have preventable accidents happen that result in loss of life … we’ve seen in hypoxia issues that in a lot of cases pilots and lower level people don’t think they can trust their commanders and are unsure what recourse they have to raise concerns about safety and other operational issues,” she said. “If that information isn’t public it’s not going to get fixed.”

The new policy dictates a new regime of operational security-focused retraining for all press officers, down to the level of individual Air Force wings.

It also requires that “operations, training or exercises, readiness or other issues which may reveal operational information to potential adversaries” be approved by Air Force headquarters.

“As the National Defense Strategy articulates, the security environment shifted from unconventional threat to great power competition. Accordingly, our [operational security standards] have also shifted to reflect the re-emergence of long-term, strategic competition,” Jerry Renne, the Air Force’s deputy director of public affairs said in a statement. “Commanders, public affairs officers and airmen participating in public engagements must be prepared to strike the crucial balance between providing information to the public we serve and preventing release of sensitive operational information.”

Internal training documents published by the Air Force Forum, a Facebook group focusing on Air Force issues, shed more light on the service’s decision. An accompanying PowerPoint points out recent examples of news articles that the Air Force believes have compromised its standards for operational security.

Another article by The Denver Post released information about a space operations center, identifying it as a hub of critical data. However, the Air Force had already put a press release out about the center a month before the article was released.

Public affairs headquarters will retrain all Major Air Command public affairs officers to nurture a “think like the enemy” mindset, focus on how to conduct media engagements in the changing security environment and to define the need to protect sensitive information.

The officers will then train operational security managers and squadron, group and wing commanders.

John Donnelly, the president of the Military Reporters and Editors Association, a group that represents about 300 journalists, public affairs professionals and academics who focus on national security, said the military has a responsibility to safeguard classified information, and even some unclassified information.

“But security must be balanced against the need to inform the public,” he said. “We worry that the definition of the kind of unclassified information that can be withheld is subjective. Given the ambiguity about what’s allowed and the message from the top stressing secrecy, officials who are wary about their careers may err on the side of withholding information. And in a worst case scenario, such guidance could be used to justify keeping out of public view data that may simply be embarrassing to the Air Force but that the U.S. citizenry needs to know. When it comes to unclassified information, the presumption in a democracy should favor disclosure. Ultimately, the proof will be in the execution of this new guidance, and MRE will be closing watching that.”

“When press access is restricted, it’s the public that loses out the most by having less information about what its government and military are doing,” Marshall said. “Reducing journalists’ access to the people, places, and sources of information that contribute to complete, accurate reporting is not the way to strike the balance between national security and a free press.” 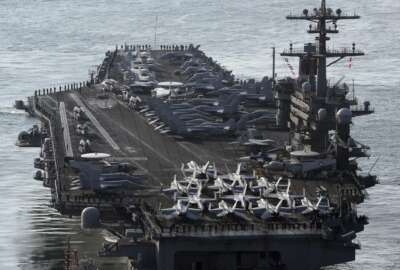