Pointing to continued budget constraints, Air Force Secretary Heather Wilson said the future of the service will rely more on a global partnership of allied services to continue to meet its mission.

“We’ve been involved in 27 years of continuous combat operations that have strained the United States Air Force and have strained our high-end and attack...

Pointing to continued budget constraints, Air Force Secretary Heather Wilson said the future of the service will rely more on a global partnership of allied services to continue to meet its mission.

“We’ve been involved in 27 years of continuous combat operations that have strained the United States Air Force and have strained our high-end and attack fleets,” Wilson said Tuesday at the Atlantic Council in Washington.

Following the release of the new National Defense Strategy earlier this year, the Air Force is experimenting this summer with a light attack aircraft program that will allow it to achieve its mission without breaking the bank.

Wilson, for example, pointed to a recent news story about an F-22 destroying a Taliban narcotics factory in Afghanistan. While the stealth fighter succeeded in taking out the facility, the Air Force secretary said using the F-22 for that mission was overkill.

“We should not be using an F-22 to destroy a narcotics factory,” she said. “You don’t need a high-end stealth fighter to destroy a narcotics factory. It’s not a particularly cost-effective way to combat violent extremism. We need different aircraft to fight in a global environment that’s very competitive than what we need to fight violent extremism.”

Already in its second phase of testing, the light attack aircraft initiative is taking place this summer. For Wilson, the initiative is a testament to how quickly the Air Force’s procurement operation can still move.

In March 2017, Air Force Chief of Staff Gen. David Goldfein signed out a one-page invitation to participate, with four pages of requirements. By August, it had four aircraft prototypes at Holloman Air Force Base in New Mexico ready to test.

From that initial round of tests, it selected two aircraft. The Air Force is now underway with the second round of tests for the final two aircraft, the Textron Aviation AT-6 Wolverine and the Sierra Nevada/Embraer A-29 Super Tucano, that will last until July 2018 at Holloman Air Force Base.

The second round of tests will look at sustainment, sensor capability and weapons capability.

“It’s an experiment. It’s authorized by some new authorities that were given to us by the Congress,” Wilson said.

In another four-month sprint, the Air Force has looked at giving the light attack aircraft a robust network capability.

“We said, let’s put a network on this light attack aircraft that connects it to something on the ground — a forward air controller — and to each other, and off of a satellite, and back to a command and control element that is completely exportable from the very beginning, so the network itself has value,” Wilson said. “The intention here is to see if we can test and understand a system that’s affordable and exportable and interoperable with partners and allies.”

The light attack aircraft procurement, Wilson said, would be at a much lower cost than fourth- or fifth-generation airplanes, both in terms of purchasing and operating.

In order to make this light attack experiment “coalition at its core,” Wilson said the Air Force has invited international partners to observe, experiment and request feedback on how to meet shared national security objectives.

The Air Force is also looking at ways to ensure that it continues to provide the best air support it can to the Army.

“We think that there is a different way to solve the battle management problem — to fuse data from space, manned and unmanned air platforms to be able to see in front of the army on day one of a contested fight, so that we can protect them the way the Army expects us to do,” Wilson said.

The last time an American Marine or soldier was killed on the ground by enemy aircraft was in April 1953. Wilson said the Air Force has a responsibility to make the battlefield as secure as possible for its ground forces.

“We have an obligation to the United States Army to make sure that the airspace over their head is protected, and to make sure that we’re able to see in front of the Army so that they can protect themselves,” she said.

Under a Cold War-era program, the Air Force is helping to stand up other allied services.

The State Partnership Program, which is run through the National Guard, establishes military relationships between individual state guards and other countries.

What began in 1993 as a partnership between three ex-Soviet countries — Estonia, Latvia and Lithuania — has now grown to 74 security relationships around the globe.

“There’s such stability in the National Guard — unlike the active force, where if you’re partnered with the 84th Fighter Squadron, well there’s a different commander there and completely different people every two or three years, and there’s so sense of continuity,” Wilson said. “But the partnership with the Guard is decades long, and can lead to the kinds of relationships that are a lot easier to create at the state level than perhaps they are at the national level.

“Mongolia has made a choice,” Wilson said. “They could have partnered with their neighbor China to develop their air force and they didn’t. They chose Alaska and the United States. These partnerships are going to pay off, I think, for the United States for many decades to come.” 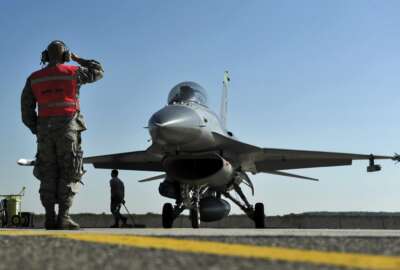 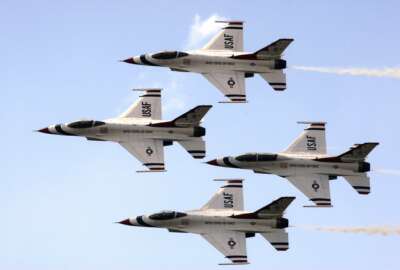