The Air Force needs a better foundation for future technologies like artificial intelligence and seamless network connections it wants for the future — and it’s willing to use a chunk of its 2021 budget and beyond to do it.

The Air Force needs a better foundation for future technologies like artificial intelligence and seamless network connections it wants for the future — and it’s willing to use a chunk of its 2021 budget and beyond to do it.

Air Force Chief of Staff Gen. David Goldfein said he’s assuming 2021 will be the last year the military will get a bump in funding considering it got increases from 2017 to 2020 — providing Congress eventually passes the 2020 defense appropriations bill.

What the Air Force wants to do with that money, and with some money it’s cleared in its coffers, is to create a digital Air Force.

Goldfein said over the next five years, the Air Force will invest $9 billion in digital and cloud architecture.

“If we try to build it after the fact, if we try to cobble together gateways, then we will be too slow for the force we need to win the future,” Goldfein said.

He added that standalone systems are no longer of interest to the Air Force. Everything from a B-52 to an F-35 need to be connected and interlaced in a joint way. The Air Force’s goal is to have planes talking to ships talking to tanks, and the human end user only needs to make final decisions.

Part of the digital Air Force is also being a “first mover” in space. The Air Force will invest $9 billion over five years in defensive and offensive space capabilities. The United States is concerned about its dominance of the space domain now that China, Russia and other countries have satellites and weapons that use space.

The Air Force’s networks depend on space, which is why Goldfein wants to continue to invest in space dominance.

Finally, $3 billion will be invested over five years into logistics. The Air Force no longer assumes it has unfettered access to areas. It will now look at the flow of forces and equipment in new ways.

The investments are a personification of policy the Air Force put out this summer.

In August, the service released a new digital plan that it thinks will unfetter it from an industrialized way of thinking, open itself to faster networks, better weapons systems and make the service a more attractive employer.

“We want to make sure that when they sit down in front of their computer or whatever technology they’re working with, that they have the most advanced, cutting-edge technology,” then-acting Air Force Secretary Matthew Donovan said. “Our airmen who are coming in are digital natives. They have an expectation when they are coming in that their military lives in the Air Force should be comparable to the rest of their lives. We owe it to them so we can optimize their time.”

The Air Force has already laid the groundwork for the plan by restructuring its chief information office and creating a chief data officer position.

The Air Force’s plan is partly predicated on Goldfein’s assumption that the Defense Department will get another bump in funding in 2021.

However, the service is taking some measures into its own hands as well. The Air Force found $30 billion by conducting own version of the Army’s “Night Court” — a process of going through every program and deciding if it is needed.

Goldfein said the Air Force looked at each legacy system and if it wasn’t useful for the 2030 to 2038 time frame then the service looked at how it could accelerate that program’s retirement. 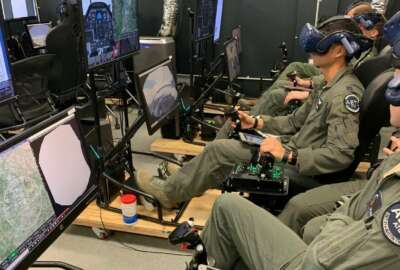 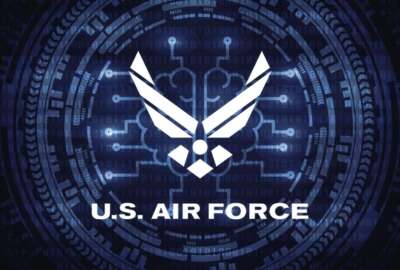