The Air Force lost 137 airmen and civilians to suicide last year, marking a 33% increase compared to 2018.

84 of those airmen were active duty, 24 were Air Force civilians, 14 were reservists and 14 were in the Air National Guard, according to documents obtained by the Facebook group Air Force amn/nco/snco. The Air Force confirmed the authenticity of the documents.

The documents also note that airmen working in aircraft maintenance and in security forces were the highest career fields with suicides.

“The Department of the Air Force has been and continues to pursue immediate, mid-term, and long-range suicide prevention initiatives for the total force that focus on connections between individuals, units, and Air Force family; protections in environments, services, and policies; detection of risk in individuals and units; and equipping the total force and family members to mitigate risk and increase resilience,” Lt. Gen. Brian Kelly, deputy chief of staff for manpower, personnel and services, said in a statement. “Suicide is a difficult national problem without easily identifiable solutions that has the full attention of leadership.”

The Air Force took note of the high suicide rate in the middle of last year. Air Force Chief of Staff Gen. David Goldfein called for all wings to stand down on Aug. 1, 2019.

“We lose more airmen to suicide than any other single enemy. Even more than combat,” Chief Master Sergeant of the Air Force Kaleth O. Wright said in an Aug. 2, 2019 address.

“We have to dedicate ourselves every single day to building strong and healthy airmen, supporting and engaging teams and cultures of trust and respect to help keep these airmen hopeful. To give them an opportunity to thrive in this Air Force. That’s why Gen. Goldfein has directed this resiliency tactical pause. A break in the daily grind so we can focus on our airmen and their wellbeing.”

“’Resilience’ aka it’s your fault. You weren’t strong enough to overcome your problems or have a positive outlook on life,” the poster states. “When the Air Force constantly preaches we need “resilience” they are pushing the blame from a systematic problem to a personal problem with airmen.”

“I separated last year. I was already fed up with how things had been going for the last few years prior to my separation,” the poster said. “But the circumstances behind the suicide of one of the kids in my unit was the last straw for me.” 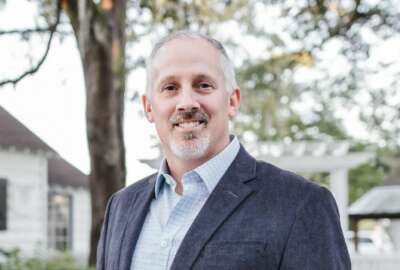