How SOCOM acquisitions try to be as agile as its warfighters

It’s not easy riding the bleeding edge of warfighter technology and capabilities. But that’s what U.S. Special Operations Command (SOCOM) does consistently. And it does so by fostering an acquisition team that’s as specialized, disruptive and agile as the operators themselves.

“We are paying very close attention to any developments, because in the cycle of warfare, there is always new technologies and new counter-technologies that occur,” Lt. Gen. Marshall B. “Brad” Webb, commander of U.S. Air Force Special Operations Command, said on Agency in Focus: SOCOM.

But paying close attention is not always enough. SOCOM is not looking to be competitive on the battlefield, they are looking for an advantage. Traditional defense acquisition is essentially a process of throwing money at a capability until it performs better than the adversary’s version, or the previous incarnation.

But lighter body armor and guns that shoot farther aren’t the solutions to the kinds of problems SOCOM faces.

“We don’t have all the money to solve all the problems,” said Lisa Sanders, director of Science and Technology at SOCOM. “I believe it was Winston Churchill who said ‘we’ve run out of money. Now we have to think.’ That’s where we are.”

That’s what SOCOM’s Innovation Foundry is all about. The objective was to bring the right people together and ask the right questions, but to be able to change the people and the questions along with the problems.

Sanders said the people needed to be a diverse group of non-traditional industry members, researchers, intelligence operatives and special forces operators. That, she said, is how you get a diverse ideation. The Innovation Foundry does this through multiple platforms, such as the SOFWERX, Technical Experimentation and Vulcan technology incubators.

Meanwhile, asking the right questions would require a framework for thinking differently that still allows adaptability and responsiveness.

Sanders described this framework as a process of coming to grips with the unique parameters of any situation. Primarily, innovators need to know the strategic desire and the environment of any situation they’re asked to solve.

Sanders used a hypothetical hostage situation to illustrate the complexity of this process. The situation is rarely as simple as rescuing the hostages; balancing loss of life, capturing the enemy captured, navigating a tenuous geopolitical situation, as well as the environment’s population density and air quality are all factors.

“Only when you have this bedrock, and you have this diverse group of people, then you start talking about the technology,” Sanders said. “So what could I bring to the conversation that would achieve the mission objective, that aligns with our strategic guidance, that works in the environment that I’m talking about? And you do it in a brainstorming fashion. It’s very much a divergent-convergent, divergent-convergent thinking.”

Sanders called this “designed thinking.” Sanders said another unique factor to this process was that they had graphic design people on hand to illustrate ideas on the fly so innovators could visualize processes as they brainstormed, which could lead to even more divergent results. 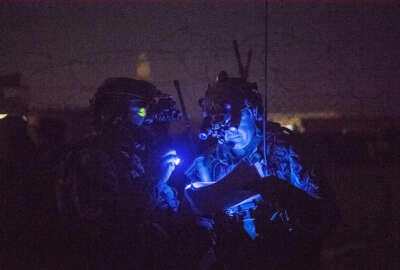 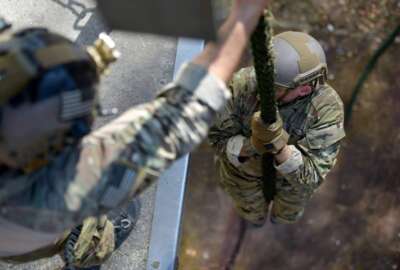 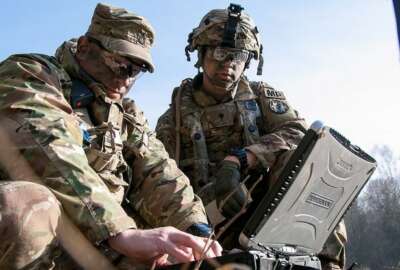