Can a coronavirus vaccine be developed at ‘warp speed?’ Army says yes

The prospect of developing a coronavirus vaccine and starting to administer it before the year is over is no doubt an ambitious goal. But the Army officials who are taking part in government efforts to accelerate vaccine development say it’s far from impossible. In fact, they believe they’ve already shown they can operate on a similar timetable.

The medical researchers who are now heading up DoD’s share of the COVID-19 vaccine effort are the same ones who carried out the development of a vaccine for the Zika virus, from its initial conception to its first injection in humans, in nine months. That was in 2016, and at the time, the pace was considered record-breaking.

And Army research officials say they’ve spent the last several years refining the lessons they learned from the Zika experience. Some of the advances have been scientific ones. But the more important ones may be process-oriented.

“There are two things that limit how fast something can go: the laws of man, and the laws of nature. The laws of man are something we can we can compress quite a bit,” said Dr. Kayvon Modjarrad, the director for emerging infectious diseases at the Walter Reed Army Institute of Research. “What you’re seeing now is that we’re overcoming some of the prior issues that we’ve had with other vaccine development with funding and coordination, so the only thing that stands in our way is the science. And we’re learning about the science of this new virus faster than we have about any other virus before.”

Within the research community, funding hasn’t been much of a problem, nor has coordination, considering the global implications of the pandemic. And considering that most of the world’s public health research apparatus is pointed toward one issue, it’s perhaps not surprising that scientific understanding of this particular virus is growing faster than with previous pathogens.

The government’s broader Operation Warp Speed, of which the Army is a part, is teeing up four different vaccine candidates developed by private pharmaceutical makers for large scale testing, and the Army plans to contribute its own facilities and personnel to help determine how effective and safe those vaccines might be.

To conduct those tests, federal agencies, including DoD and the National Institutes of Health, have married up several different clinical trial “networks,” some of which had long been in place to focus on HIV; others of which were dedicated to novel viruses like the one that causes COVID-19.

“There are very large existing ‘armies,’ if you will, of vaccine testers that are available to do this kind of testing,” said Dr. Nelson Michael, the director of the Army’s Center for Infectious Disease Research. “Imagine this is like the beginning of the Second World War: You have a small standing army, but you do have a standing army. And you can build bigger forces around them. So we can contribute our clinical trial expertise, our statistical expertise, understanding community engagement, the entire lifecycle of how one has to do vaccine development. That’s important: Operation Warp Speed isn’t starting from scratch. We can turn to these existing competencies and capabilities, and then repurpose them for a single purpose.”

Meanwhile, the Army is working on its own vaccine candidate. It’s likely to lag behind the private sector vaccines in terms of when the first results come in from human clinical trials. But Army researchers believe their candidate is more likely to produce long-lasting immunity to COVID-19, and viruses like the one that causes it.

That’s because the Army’s approach is fundamentally different than the ones private vaccine developers have taken. The latter group of immunizations tend to take a highly-targeted approach to the coronavirus as it’s been observed so far. But viruses mutate over time, and no one knows how “durable,” in the parlance of immunology, any of those vaccines might be.

Considering that long-term immunity is a huge unknown for this particular virus — even for people who’ve actually been infected — the Army is pursuing a vaccine that can target 24 separate variants of the virus.

“In terms of its symmetry, it’s like a soccer ball, “Modjarrad said. “It’s got all these different faces, and on each face is a spike protein that’s pointing out what we can do if there are new strains of the virus that emerge. Or, if we want to try and cover all coronaviruses in one particle, we can mix and match spike proteins from the different coronaviruses and put them on the same particle, so that you have one vaccine that is universally effective against all coronavirus.”

Because of approaches like that, the Army thinks it’s not far off from methodologies that might let researchers develop effective vaccines for viruses even before they start to become local public health challenges — and certainly well before they turn into global health pandemics. And it’s not out of the question that vaccines might be developed for viruses that don’t even exist yet.

Modjarrad said that’s not a pie-in-the-sky idea — and it’s probably something public health officials need to plan for. Because even after the current coronavirus problem is solved, the emergence of another highly-transmissible virus is almost inevitable.

Even as proud as the Army is of it quick response to Zika, retrospective data showed its vaccine still wasn’t ready until seven months after infection rates had already peaked.

“The only way to really respond to these outbreaks is to be in a posture where we don’t have to respond — we’ve already prepared to develop the countermeasures for that pathogen beforehand,” he said. “And you might think that’s impossible to do, but it’s not. We have a whole array of technologies in terms of diagnostics, therapeutics and vaccines, to be able to anticipate what is essentially just a handful of families of viruses.”

US begins ‘warp speed’ vaccine push as studies ramp up 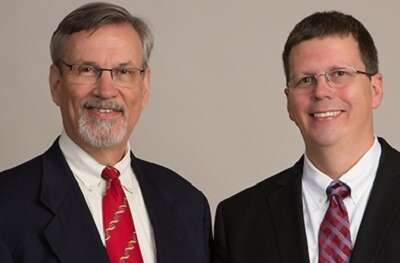