How the Army is starting to think differently about the Arctic

If the Arctic region is the roof the world, the Army is starting to think differently about what could be lurking up there. Like Russia. Last month the Army released a new strategy called Regaining Arctic Dominance, aimed at helping secure U.S. interests in the region. With some of the details in the strategy, Army strategic planner Elizabeth Felling joined Federal Drive with Tom Temin.

Tom Temin: Ms. Felling, good to have you on.

Elizabeth Felling: Great to be here, Tom, thank you for taking the time.

Tom Temin: And what do we need to know about the Arctic itself that has caused the Army, and I guess other elements of the government, to think differently or to take a fresh look at that region?

Elizabeth Felling: Well, with the Arctic, the Army is taking a standpoint of viewing the world as a globe rather than a map. This is especially important with the Arctic, considering the circumpolar region covers three different combatant commands, and all of the functional commands. And so we need to be thinking a little bit differently about the Arctic, especially as the environment is changing. The Arctic provides two particular challenges to the Army. One, it’s an environment in which we need to operate, which we really haven’t been focused on over the course of the past 10 or 15 years. It’s also a domain. And in that we need to have the abilities and the organizations practically postured to be able to operate and compete in the region successfully.

Tom Temin: Alright. And of course, we know that in some cases, it’s melting. And there for there are more water channels through it and other nations are actively plying those channels, correct?

Elizabeth Felling: Yes. As we look forward to the future, the changing environment as it impacts the Arctic is changing the way that we need to look at it. We need to remove ourselves from the more traditional approaches and view what it may look like in the future, and build up the capabilities so that we can operate there in the extreme cold weather, the high altitude and the mountainous nature that it provides to us.

Tom Temin: And what is the Army observing going on there with respect to other countries. I’ve read that Russia is very active in there. What are they doing and what do we suppose they see is the advantage up there?

Elizabeth Felling: So with this new world view of looking at the world as a globe, there’s a lot of activity, but the Army is particularly focused with this particular strategy on building our institutional capability in the way that we organize, man and train and equip our forces to be able to operate and compete in the region successfully.

Tom Temin: Yeah, so you might need to, I guess, potentially be prepared to fight up there. And what does that require? I mean, it’s cold, as you said, and mountainous and icy and dark a lot.

Elizabeth Felling: Predominantly, most of the US forces that operate near the Arctic region are stationed up in Alaska. And so the Army is taking a fresh approach, a new look and how we man and train and equip and provide for those forces, especially as we look to take care of our people who are operating up there. A chief number one priority is people. And so focusing and giving them equipment that can function appropriately and effectively in that cold and challenging environment. But also during all seasons. As we know, the summer in the Arctic is very different than the winter in the Arctic. And so many things like being able to maneuver to be able to take care of installations as the environment shifts is a significant importance. And that’s why the Army wrote this strategy to take a holistic look at this region that we hadn’t paid attention to over the course of the past 10 or 15 years, to make sure that we’re doing what we need to do to take care of our people, but also to be able to provide the appropriate training and the appropriate equipment and to support future multi domain operations alongside our sister services and in support of the DoD strategy.

Tom Temin: And yes, the other services including the Coast Guard, which has the icebreakers, I imagine that’s something that you would have to cooperate with pretty fully to make sure that, for example, the ability to maneuver in an area if you needed an icebreaker, or to cut a channel, you’d need the Coast Guard. That a good way to think about it?

Elizabeth Felling: So in the development of this strategy, and even after its publication, we have been in coordination with the other services to include members at State Department and OSD and the Joint Staff and the Coast Guard through various conversations to ensure that our strategy is well received and understood by the other services and by the other members of the government.

Tom Temin: How many countries, by the way, actually impinge on the Arctic Circle?

Elizabeth Felling: So the Arctic is a circumpolar region. I’m not going to go into geography specifically, you’re going to challenge some of my knowledge there and specific numbers this early in the morning. However, the Army does work both bilaterally with nations and through multilateral forums in the Arctic. The first that comes to mind, of course, are our partners and allies in the Nordic Region, talking about Norway, Sweden and Finland — actually have a significant level of knowledge and expertise about Arctic operations. Our aim is to work with our partners through these forums and through exercises, to learn lessons on how we can incorporate those and how we bring it back to training — man, train and equip to be able to operate, we look forward to joining.

Tom Temin: And in the summary, there is also language with respect to the families of the service members in that area that would have to live there, I guess, for some period of time. What does the plan envision doing with those folks so that they have some quality of life? Again, in a difficult region — austeres, you might say.

Elizabeth Felling: That’s right. Our installations primarily focused on Alaska. And they do receive a significant amount of impact, just due to the changing nature of the climate and the region that goes from season to season and from year to year. And so as the chief laid out in our people strategy, people are number one, we’re going to take care of our people. And how we do that is by providing them the facilities that have the appropriate capabilities to the right level to take care of the people who live there and work there. The soldiers, civilian families and contractors who work in that region, but also looking at the installations itself going forward from the same impact, like how do we manage the impact of melting permafrost and climate change to ensure that our installations are resilient and able to support?

Tom Temin: I guess this really gets down to a lot of small detail to think about, for example, the types of gloves and coats, the disposition of weapons that you can’t have freezing. and this kind of thing. Does it get to that level of detail?

Elizabeth Felling: So in this strategy, we do lay out several of the top line initiatives, the things that the Army will do. And one of those that we lay out in there is specifically focused on equipment. Are we providing the appropriate equipment and to operate in that region? And then looking forward, how do we do development and testing of new systems, better gloves, better protective equipment to provide to those soldiers to take care of it? Because all of those things that you lay out is vastly different operating in the Arctic than it is operating in the 48 contiguous US states. And so how we equip those soldiers, it’s not as simple as taking a unit from any of the other states or installations and placing them in Alaska, because the environment is very challenging. And so we aim to use the cold regions test center to look forward on how we equip the forces of the future. But also, how are we equipping them now, to make sure that we’ve given them everything that they need to be successful to operate in that challenging environment.

Tom Temin: I guess you have to make sure that trucks will start in the morning, too.

Tom Temin: And getting back to the bigger picture here. I mean, the Alaskan command and that effort of the Cold War was to possibly repel Russia from invading through Alaska. The strategic scenario is very different now, when it’s more a matter of protecting US interest across the region, making sure that ships aren’t challenged by foreign countries. I mean, it’s a different landscape geopolitically, isn’t now?

Elizabeth Felling: The landscape as ever changes over time periods and decades. However, Army as a Title 10 service, we provide capabilities to the combatant commands to be able to operate no matter what the mission may be around the circumpolar region of the Arctic. And so the strategy is really aimed at being able to understand what those requirements are and what they may be in the future, and continue to perform our function as a Title 10 organization.

Tom Temin: Elizabeth Felling is a headquarters strategic planner with the Army. Thanks so much for joining me.

Elizabeth Felling: Thanks, Tom. Happy to be here. 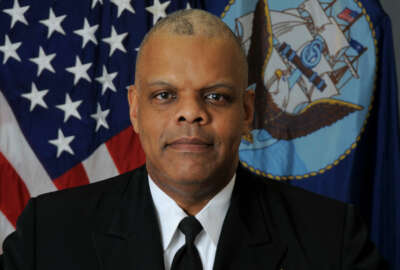 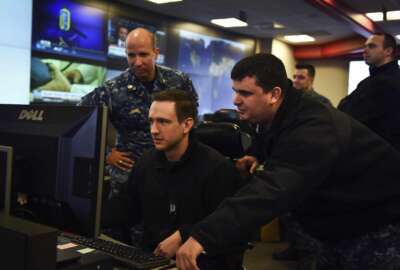