The first report from the Special Competitive Studies Project (SCSP) follows up on many of the same themes and ideas from the influential National Security Commission on Artificial Intelligence, but with a broader lens toward technologies beyond AI. The NSCAI was...

The first report from the Special Competitive Studies Project (SCSP) follows up on many of the same themes and ideas from the influential National Security Commission on Artificial Intelligence, but with a broader lens toward technologies beyond AI. The NSCAI was established in 2018 and issued its final report in March 2021.

The SCSP is staffed by many former commission employees. Its chairman is Eric Schmidt, the former Google chief executive who was co-chairman of the NSCAI. The other co-chairman of the commission, former Deputy Defense Secretary Bob Work, also serves on the SCSP’s board of advisors.

The primary thread throughout the SCSP’s first report is an imperative to win the technology competition with China.

“This is a real technical competition,” Work said on a call with reporters today. “It is absolutely critical to the future of our country as well as democracies worldwide. And we must win it. And this [report] starts to give recommendations on how we organize ourselves for the competition, and how we win it.”

The report posits that “2025-2030 represents a critical window where tech trends and strategic competition will come to a head in the contest.”

“If we want to alter the trajectory of the competition, we must organize now,” the report states.

The SCSP suggests that “America is prime for moonshots,” and suggests the lack of such a national objective has led to weaknesses in the current tech ecosystem.

“If the U.S. government steps forward to set grand technology objectives, it can spur national enthusiasm, galvanize the private sector to action, and accelerate innovation in strategic sectors,” the report states.

The report also argues the United States came close to missing the strategic significance of microelectronics, fifth-generation wireless networks and artificial intelligence “because no one in government was responsible for identifying strategically relevant technologies and making sure the United States had a plan to build them.”

During today’s call with reporters, both Schmidt and Work pointed to how new technologies are being used in the war in Ukraine, where biometric databases have been able to identify Russian soldiers accused of war crimes, commercial satellites are providing internet connections and small drones are being used in a range of military operations.

“Most of the military people I’ve talked with over the years have talked about this in principle, but we see it in action,” Schmidt said. “And I can just report that based on my small amount of data that the Ukrainian tech industry really did make a contribution to the fight.”

“In practice, of course, this is just the beginning,” he said. “Our analysis of what China is doing indicates that they’re serious.”

The report calls for building a “national process for horizon scanning for emerging technologies and rivals’ strategies that draws on a range of experts,” suggesting it use a combination of government, industry and academia representatives.

It also calls on the government to “curate national action plans for strategic technologies that set bold technology goals and prime the ecosystem for diffusion and adoption.”

Agencies can also expand on information sharing efforts with the private sector to help spur more technology developments and adoption, according to the SCSP.

The report also proposes the creation of a new entity akin to the National Economic Council or National Security Council to serve as an “intuitional home to make a new public-private model a reality for sustained long-term technology competition.”

The report says two specific ideas are “worthy of further study”: a proposal in the House to create a Technology Competitiveness Council (an idea from the NSCAI’s final report), and a bill in the Senate to create an “Office of Global Competition Analysis.” In both cases, the new office would be established within the White House.

The report also suggests a legislative branch agency akin to the Congressional Research Service, or a new federally funded research and development center, could be provide a valuable analysis, although limited in its ability to implement policy.

The SCSP also delves into suggestions for how the United States should govern the use of artificial intelligence. Rather than creating new regulatory bodies, the SCSP is recommending policymakers “empower and modernize” existing regulatory agencies who oversee AI technologies and industries.

“Existing regulatory bodies have the sector expertise that allows for tailoring rules, ensuring AI governance complements existing non-AI governance, and assessing impacts,” the report states. “However, we must identify the resources these agencies currently lack to address regulatory challenges posed by AI. Because existing regulatory bodes were created in a different technology era, the United States needs to modernize them for a new AI era.” 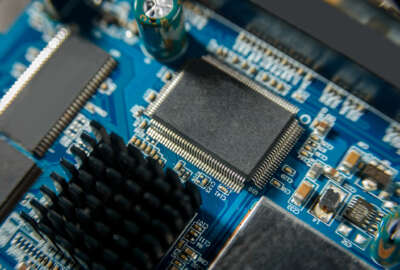