The Indian Health Service faces a big data challenge that is in front of few other health care organizations.
IHS must serve one of the most disparate and rural communities across the country, where access to broadband Internet is extremely difficult to come by.

Cmdr. Mark Rives, the director of IT and the chief information officer at the Indian Health Service, said at the communities they serve and at their own facilities, less than...

The Indian Health Service faces a big data challenge that is in front of few other health care organizations.
IHS must serve one of the most disparate and rural communities across the country, where access to broadband Internet is extremely difficult to come by.

Cmdr. Mark Rives, the director of IT and the chief information officer at the Indian Health Service, said at the communities they serve and at their own facilities, less than 10 percent of those areas are served by broadband connections. Rives said nationwide about 65 percent of the country has access to broadband.

He said the Federal Communications Commission Chairman Tom Wheeler wrote a letter to members of Congress saying the lack of broadband in Indian country created a history of isolation that limited economic and educational opportunities.

That lack of high-speed Internet connection limits IHS’ ability to take advantage of new or emerging technologies as well.

Rives said IHS’ biggest challenge around broadband is that “last mile” that the telecommunications provider must bring the service to the rural-based facility.

The Obama administration is trying to solve the lack of access to broadband. In January, the White House encouraged the FCC to remove legal barriers to competition by telecommunication Internet Service Providers by treating them as public utilities. The goal is to get broadband access to those rural communities easier.

Rives also said the security challenges in protecting patient data that that agency manages is another reason cloud and other new technologies are more difficult.

One way the Indian Health Service is trying to address its big data opportunity and challenge is by hiring a new chief medical information officer. Rives said he expects to issue a job announcement for that position in the coming month.

“That person will help our IT professional interpret what’s needed out in the clinics,” he said. “We are working on the largest perhaps customization and upgrades to our electronic health records system that we’ve ever undertaken. Our electronic health record system is really compromised of over 80 applications, which are pharmacy, billing, emergency run, obstetrics and all this other stuff, and it takes someone with that kind of knowledge to be able to interpret what’s needed.”

The coming upgrade to IHS’ electronic health record also will try to address the big data challenge by taking advantage of analytics and tools.

Rives said the electronic health record system will continue to be based on a client-server model because of the broadband challenges around the country. But at the same time, there are things IHS can do to bring in new capabilities.

“We are creating a master patient index so that if your patient has a record at one facility, they can match with a similar record at another facility and then bring those records together so that you have a continuum of the patient record and facilitate care,” he said.

At the same time of these major upgrades, the Indian Health Service is facing an October deadline to fully implement a new international standard for classifying diseases, medical procedures and conditions, called ICD-10.

He said all medical facilities and providers are moving to ICD-10, and it’s a huge change as the number of codes increased five-fold.

Rives said the Indian Health Service has been preparing for the move to ICD-10 since last fall with four pilots across different types of facilities.

“They have been testing with payers and we went through a round of alpha testing and a round of beta testing for our software. We just now released it,” he said. “I’m proud of this release because not only is it ICD-10 but we were able to roll in some system enhancements or user tweaks.”

Rives said to ready IHS’ system is one thing, but its facilities also have to work closely with billers to make sure the systems can talk to each other, both at a systems level and at a human level.

“We are doing controlled releases and work with our area office IT staff and they work with the local IT staff to see who is ready and who can work with us on a particular timeframe,” he said. “We’ve been doing a lot of work over the weekend. It’s the big hospitals where we have to coordinate staffs and have people ready in case something would break unexpectedly, luckily we have not had any of those.”

Rives said his biggest challenge around ICD-10 is to get the new software installed and that there are no surprises. He said so far, so good. 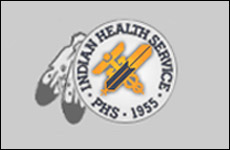