SSA, VA finding path to modernize IT goes through its people

Few agencies have bigger hills to climb to modernize their technology infrastructures than the Social Security Administration and the Department of Veterans Affairs.

Both are facing similar challenges with systems that are decades old, aging workforces and a growing demand for their online services.

But despite these challenges, SSA and VA are starting to see the light at the end of the tunnel.

Few agencies have bigger hills to climb to modernize their technology infrastructures than the Social Security Administration and the Department of Veterans Affairs.

Both are facing similar challenges with systems that are decades old, aging workforces and a growing demand for their online services.

But despite these challenges, SSA and VA are starting to see the light at the end of the tunnel.

Rob Klopp, the SSA chief information officer, said he’s addressing both the skillsets of the agency’s IT workforce and ability of that workforce to deliver modern services more quickly.

“I had the human resources folks pull numbers and 37 percent of all the technical IT staff in the agency are eligible for retirement in the next five years,” Klopp said. “The combination of the fact that this is aged stuff and the workforce that is capable of supporting it is retiring, I think it really creates an imperative for us to move forward. The second thing is, it’s built on a paradigm in the way we engage the public that is 80-years-old. Eighty years ago we built a business process around SSI and disability that was paper based, and 35-40 years ago, what we did was replace the paper with electronic forms. Now to a large extent we are talking about replacing the green screen electronic forms with modern HTML 5 electronic forms, but the business process is still pretty much the same. So the second imperative here is for us to modernizing the way we actually engage the public. We need to be more Uber like.”

SSA is addressing the workforce by hiring new employees and putting them through an intense coding boot camp.

Klopp said he submitted a plan to SSA acting Commissioner Carolyn Colvin for approval to hire several hundred IT workers.

“People go into these boot camps and learn state of the art programming techniques and programming languages. You learn how to spin up the cloud, how to write code in Node.js or Scala or some modern language, how to use GitHub and Jenkins to do continuous integration,” Klopp said. “You can find articles that will basically say the Silicon Valley companies will say someone coming out of a 90-day coding boot camp is as capable as someone who comes out of a four-year college program, or at least close.”

He said SSA already has the funding to hire and put a small number of people through this coding boot camp, but the goal is to dramatically increase those new hires in 2017 and beyond.

Over at VA, IT executives are facing similar challenges in ensuring its IT infrastructure can support current and future services.

Rob Thomas, the deputy assistant secretary and principal deputy CIO in VA’s Office of Information and Technology, said the department has placed its modernization efforts in three buckets: Now, near and future.

The initiatives in all three of these buckets must focus on Secretary Bob McDonald’s “I Care” initiative. VA recently issued a mid-year transformation review highlighting its progress against their goals in all three timeframes.

He said VA named the new process VIP — Veterans-focused Intake Process — and is testing it out across 13 pilots.

“We had 243 projects that we were working on for our customers and we took 13 of those to transition them from the old waterfall approach to the new agile approach,” Thomas said. “We are now working on the next 60-some and the goal is to have all 243 projects transitioned from the PMAS to the new VIP agile development and delivery by the end of the fiscal year.”

He added everything going forward at the end of the fiscal year and all new projects will use the agile processes.

Over at SSA, Klopp also is focusing on using agile.

He said the training boot camp is designed to ensure new and current employees have the skills necessary to use iterative or dev/ops development approaches.

“We now can run continuous integration, dev/ops kinds of projects using various sophisticated tools like Jenkins in order to orchestrate all of this stuff. That stuff is in production. It’s being used in two or three projects today, and the developer lover it and we will be rolling it out extensively to become the basis for all of the projects in the agency,” Klopp said. “What’s going on now is we are taking the existing staff and training them in agile, we are training them in the methodology that sits on top of all this continuous integration, dev/ops stuff. We are trying to train them on the dev/ops tools and give them the opportunity to learn new and modern programming languages so it’s not all COBOL, the 40-year-old language, or JAVA, the 20-year-old language.”

“There are hundreds of technical people on this project and it’s agile. There is lots of talk in the market about the fact that agile doesn’t really work for big projects, but we are not finding that to be the case at all,” he said. “There are some interesting challenges, but the challenges are well worth it, and we think, in the end, this project will demonstrate that the agency can do agile on big projects and that, in fact, we will be able to roll this out for the vast majority, if not all of the projects.”

At VA, Thomas faced a similar challenge with training employees. He said certain projects such as unified communications and telecommunications required much more mentoring and training, especially around the terminology used to describe agile.

Thomas, who came to VA from the Homeland Security Department in March, said he used boot camps to train employees on agile methodologies over a six month period — both live and virtual sessions.

Thomas said the VIP program and several of these initiatives come under the enterprise program management office (EPMO). He said the EPMO is the control tower to manage the $4 billion IT portfolio.

VA has been categorizing those portfolios around health, benefits, memorials and cemeteries, enterprise services and corporate technology.

“It’s about aligning ourselves to make sure we are executing FITARA in the right way. It’s making sure we are prioritizing across the portfolio instead of in the past where we just had hundreds of projects that were all very discrete so this is about balancing internal resources and contracting for external resource to help us be successful,” he said. “It’s about gaining domain knowledge in these portfolios versus just having a large development and delivery organizations. It’s about putting subject matter expertise focused on our core customers and the outcomes that we need to become veterans-centric in the way that the administration needs us to be so they have the tools to support the veterans in the best way possible.” 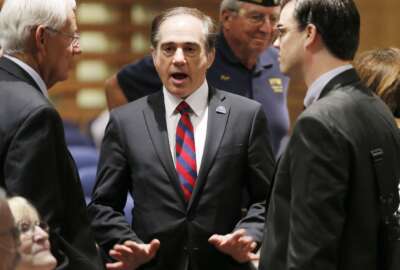