When Angel Santa moved to the National Transportation Safety Board from the Justice Department about a year ago, he felt like he was going back in time.

Santa had spent much of the previous seven years modernizing and digitally transforming the Office of Justice Programs. Now walking into NTSB, Santa saw many of the same IT challenges he faced at OJP in 2010.

Santa, the chief information officer of the NTSB, said he felt like he was in the movie Groundhog Day.

“When I walked into OJP, a similar situation where I had to change the IT culture to be more of a partner to deliver a digital transformation,” said Santa during an interview on Ask the CIO. “Those are some of the things I faced when I got here to NTSB.”

To begin to change how the CIO’s office delivers technology, Santa said he has been establishing a more solid and dependable infrastructure that those services will ride upon, and creating a customer contact center to better align technology with NTSB mission needs.

He said the CIO’s office is doing a decent job with providing customer support, but he wants to put more structure in the processes, including adding support tools.

“This is more to handle the operational, day-to-day activities. What are the issues that are occurring?” Santa said. “I want it to evolve more to a true contact center.”

Around the infrastructure initiative, Santa said he’s starting by improving the Wide-Area Network (WAN) and having the right size pipes to let the information flow.

“At the bottom line, we have 10-15-year-old WAN in place and it’s not going to handle [our computing needs],” he said. “As you look at the iPhones and the Droids as they continue to evolve to 5G and the amount of data that flows through those devices, the current infrastructure just wouldn’t be able to handle it.”

Santa said the WAN becomes even more important for the 25 percent of the NTSB employees who work in the field and use smartphones or tablets to collect data.

Both the WAN and infrastructure initiative and the customer contact center improvements are part of how NTSB is meeting one of its strategic goals: “To implement IT solutions to increase innovation and collaboration into the NTSB’s mission and administrative processes.”

Santa said he’s been working with the NTSB chief technology officer and already they have laid out the design of the new WAN. Now, they are working with the CFO and others in leadership to move from plan to implementation.

“One of the other things we are looking at as part of our digital transformation is team collaboration. We currently have [Microsoft] Office 365 with Skype for Business and we are not fully utilized as we need to be. We are looking to expand there,” he said. “We have taken steps to enhance our analytic capabilities. When I talk about ingesting data, capturing data, and the way it’s being done and looking at communication interface, how do we utilize the tools we have out in the field as we conduct investigations to help investigators to use the iPhone? Those are the kinds of things we are looking at to be able to work anywhere and establish a digital work place.”

Santa said the infrastructure and WAN improvement also may rely on the new telecommunications contract from the General Services Administration called Enterprise Infrastructure Solutions (EIS). He said he hopes EIS can give a small agency with lower budgets like NTSB more flexibility.

The Office 365 expansion is part of NTSB’s move to the cloud.

Santa said he’s looking for other opportunities to move applications and certain data to cloud services.

Under the data analytics initiative, Santa said the CIO’s office is looking at the data sources based on who the owners are and how best to make the information available to mission areas. He said his office currently is reviewing potential tools to help make better sense of the data.

Santa said NTSB will have the first part of the pilot in place for marine safety in the next few months, and then will expand to the other transportation investigation offices. 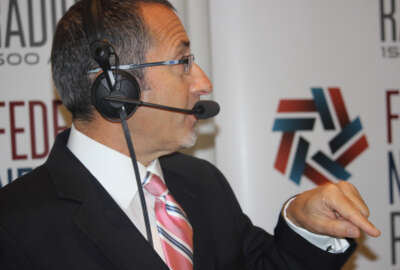 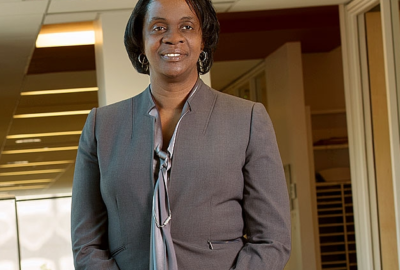