The need for consistent communication was never more obvious than in a recent survey of agency chief information officers and their staffs.

The 27th annual Grant Thornton and Professional Services Council CIO survey found real differences in how CIOs and those that work for them see challenges and progress.

CIOs were interviewed in person. Their staffs provided answers only online.

George DelPrete, a principal at Grant Thornton and the director of the Federal CIO Survey...

The need for consistent communication was never more obvious than in a recent survey of agency chief information officers and their staffs.

The 27th annual Grant Thornton and Professional Services Council CIO survey found real differences in how CIOs and those that work for them see challenges and progress.

CIOs were interviewed in person. Their staffs provided answers only online.

George DelPrete, a principal at Grant Thornton and the director of the Federal CIO Survey from the Professional Services Council, said these different viewpoints impact federal IT initiatives.

DelPrete said another example came around IT priorities.

Grant Thornton and PSC surveyed 313 federal IT workers online and talked to 23 CIOs or deputy CIOs in person for the study.

Cybersecurity continues to be the biggest priority for all federal IT workers despite the different responses to how big of a threat the government is facing.

DelPrete said when it comes to the cyber threat, respondents were most concerned about aging or old systems, followed by human error, malware and phishing attacks.

“As we talked to the CIOs and asked them what they are doing about this, I think a renewed emphasis, and it seemed like some improved results, as it relates to cybersecurity awareness training,” he said. “Many felt that the agency was a little bit more effective in identifying and mitigating cyber risk today than they were a year ago, largely as a result around the dialogue they have and the training.”

The survey showed simple changes like requiring employees to answer cybersecurity awareness questions before they can log on to their computer, or creating mock phishing campaigns to help employees recognize potential threats.

DelPrete said the top concern around cyber, aging systems and applications, is directly connected to the focus on IT modernization over the last few years.

Respondents say they also are worried about attacks coming in from social media, which was new this year.

One area where online and in-person respondents agreed was around the adoption of cloud computing.

The survey showed both sets of respondents believe their agency’s maturity in using cloud services has increased over the last year.

“In the online survey, a number of folks were not sure if cloud would result in cost savings, so I think the jury is still out if cloud will be a cheaper way,” DelPrete said.

Along those same lines, CIOs and IT employees say the push for agile is paying off.

“Agile adoption continues to be something that is used extensively in agencies and they are seeing a number of benefits,” DelPrete said. “The one thing I thought was interesting in the survey is we asked about what’s still challenging as it relates to using agile, and they said getting the IT practitioners engaged with the people who know the business process. It’s a bit of a culture change to build things that way.”

DelPrete said the survey showed agencies still are struggling with how best to measure the effectiveness of agile.

DelPrete said agencies should take two big concepts from this survey. First, the budget situation for CIOs continue to be a challenge and it’s preventing them from modernizing legacy systems, and that needs to be addressed.

Second, the people and culture issues are more challenging than ever.

“As a community we need to come up with more creative ideas to find ways to navigate through that to get better people with the right kinds of skills that are needed to effectively run and implement the technology in the federal government,” DelPrete said. 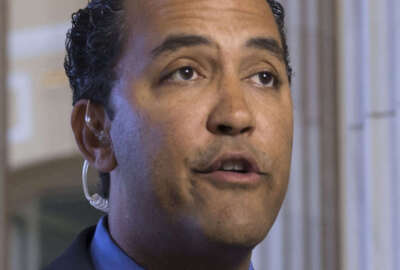 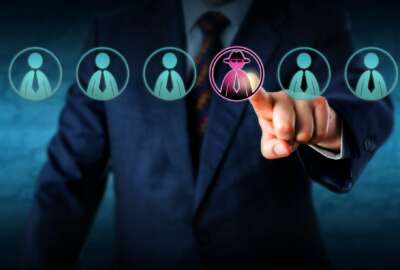 Amid cybersecurity challenges, IT workforce morale a ‘difficult problem’