The Federal Emergency Management Agency is expanding its footprint in the cloud. And they are doing it in a bit of a usual way.

FEMA is partnering with the Agriculture Department and developing a charge-back model to its mission areas.

The Federal Emergency Management Agency is expanding its footprint in the cloud. And they are doing it in a bit of a usual way.

FEMA is partnering with the Agriculture Department and developing a charge-back model to its mission areas.

“They’re actually doing it in conjunction with USDA. NFIP is bringing it up in a methodology that will allow us to absorb it into the FEMA enterprise cloud with no issue. It’s all our standards and everything,” Rodd said at the recent ACT-IAC Emerging Technology and Innovation Conference.

Rodd said the reason FEMA looked to partner with USDA is two-fold. First, the two agencies partner to help citizens impacted by floods. But secondly, and maybe most important to the discussion around cloud, is Rodd found USDA among the most mature organizations in applying the charge-back model for enterprise cloud services.

“When I first took the position over, I wanted to speak to some other cloud brokers that were in the federal government, and three that popped up was two at DHS, which were U.S. Citizenship and Immigration Service and the Customs and Border Protection directorates. I’ve talked to them, but neither one of them have a multi cloud solution with a chargeback methodology. So we wanted to make sure we were speaking to somebody in that realm as well. And USDA was pretty much the big dog on the block,” Rodd said. “They had a very mature cloud doing chargeback and it was multi cloud, so it only made sense to go and talk to them.”

This idea of a chargeback model for enterprise services hasn’t been easy for agencies over the last 50-plus years. Federal shared services for financial management and human resources have been out in front of this effort, but the agencies providing these services have struggled to make their case to large agencies for the most part.

The Office of Management and Budget and the Federal CIO Council have been pushing agencies to implement the Technology Business Management (TBM) framework to measure the cost and value of IT services, not necessarily just cloud services. Agencies had to fully implement TBM cost towers as part of their 2023 budget requests that went to OMB earlier this year. But challenges around data quality and quantity have slowed down this effort over the last five years.

But understanding the costs in a multi-cloud environment is why FEMA is pushing forward with the chargeback model.

Rodd said with FEMA already is using Amazon Web Services and Microsoft’s Azure cloud instances and now adding the Google Cloud, it wanted to ensure it knew where and how much it was spending on these services. Former FEMA CIO Lytwaive Hutchinson said earlier this year that the agency’s goal to have at least 50% of all of their systems and services that are cloud ready moved into the cloud by the end of 2022.

“The thing with the chargeback model is being able to offset cost. That’s the name of the game,” he said. “All sudden our current cloud footprint is probably about $2 million-to-$3 million a year. If we can offset some of that, rather than what is happening right now where we’re carrying all of it, as we ingest more clients and more services, we should start to see an offset in costs.”

Rodd said FEMA mission areas who have turned off on-premise or legacy technology are seeing costs reductions of 30% to 40%.

“It’s giving our internal and external OCIO clients, the opportunity to really be able to plan efficiently by having all of that in one place,” he said. “There’s obviously a massive cultural shift with moving to the cloud and FEMA is just as aware of that need for a culture shift as anybody else. We try to sell it on the scalability and flexibility, the ability to convert our redundant possibilities East Coast, West Coast, north, south, across this CSP, that CSP. We try to show all that, but they don’t really see it because that’s the back end. One of the things we like to do when we are briefing to a prospective client who has no knowledge of the cloud, I don’t make any promises on price because here’s the reality in any government agency for that first year or two, you’re running hybrid. You have to maintain that physical environment, especially for somebody with a mission like ours, where we have to be up no matter what. During that time, obviously, you’re costs are going to be substantially higher. So I actually stay away from that, or I brutally tell them look, this first year or two, it’s actually going to be more expensive. But as soon as we can start turning off your stuff in the physical environment, and shutting that stuff down and killing those contracts, that’s when you’re going to start to see your costs go down.”

Rodd added in a perfect world, he would like his cloud broker office to break even in terms of costs of providing the enterprise services and receiving funding from mission users.

“I don’t really ever think we’re going to get there, but even if we got to 50%, that’d be outstanding,” he said. “We developed a cost model. What we wanted is a one-stop shop so if a client comes to us and tells us their need, or we help them to develop a solution, we didn’t want them to then have to talk to the sustainment folks and get a price and then talk to the license folks and get a price. We tried to make our cost model as inclusive as possible. It covers everything from your basic compute needs, your migration, your authority to operate and your licensing. We’re actually adding cyber to it right now.”

Rodd said FEMA wanted to get a third-party expert to confirm its chargeback model would work, and received solid reviews from Gartner. He called it “elegant.” 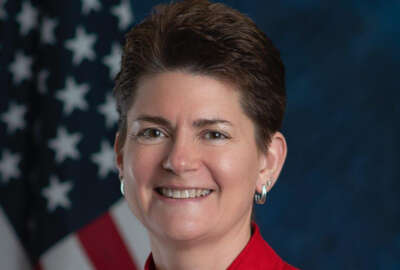