The Office of Management and Budget is launching public listening sessions as part of its ongoing work to set new standards for collecting federal statistical data on race and ethnicity.

An Interagency Technical Working Group led by OMB will hold virtual, bimonthly listening sessions to gather feedback from the public on how federal data can be put to better use to assist underserved communities. The group will hold its first virtual listening session on Sept. 15.

The Office of Management and Budget is launching public listening sessions as part of its ongoing work to set new standards for collecting federal statistical data on race and ethnicity.

An Interagency Technical Working Group led by OMB will hold virtual, bimonthly listening sessions to gather feedback from the public on how federal data can be put to better use to assist underserved communities. The group will hold its first virtual listening session on Sept. 15.

OMB announced in June it would begin a formal review of its statistical policy directives, which provide minimum standards to ensure the federal government can compare race and ethnicity data across agencies.

Orvis said she convened the Interagency Technical Working Group in June with federal career staff from more than 20 federal agencies. The group consists of nearly every CFO Act agency and federal statistical agency that collects or uses race and ethnicity data.

“The working group has begun the important work of developing a set of recommendations for improving the quality and usefulness of federal race and ethnicity data,” Orvis wrote.

The working group is working on recommendations focused on whether the federal government can improve the way it collects race and ethnicity data, especially in cases where individuals are unwilling or unable to self-identify their race or ethnicity. Orvis wrote that the group is looking to complete its revision of the data standards by the summer of 2024.

The Associated Press, for example, reports that 2020 census respondents omitted responses on 10-20% of questions asking about sex, race, Hispanic background, family relationships and age, even when providing a count of the number of people living in the home, according to documents released by the Census Bureau.

The group is also looking at potential changes to minimum reporting categories and how best to address detailed race and ethnicity groups in the data, as well as whether agencies rethink the wording or instructions on forms that ask for this information.

Meanwhile, the White House Office of Science and Technology is seeking feedback on how best to gather federal data to promote evidence-based policymaking for LGBTQ issues.

To overcome this “data divide,” Ross said during a Center for Data Innovation keynote address that agencies need to pull disaggregated data from a variety of sources, or by gathering new data.

“We often tend to take the data we have for granted, or just accept it without thinking about what’s missing. Whatever the quality is, how frequently or infrequently it’s released, and how much detail it gives about one’s community. We take it as we get it, just as it is,” Ross said.

“If we want to design policies and programs that truly result in equitable outcomes, we need to have a clear sense of where the disparities are,” Ross said.

Ross said her prior work in local government and the nonprofit sector required her to use data broken down by race, geography and gender to “help chart a path toward an equitable recovery” in the aftermath of Hurricane Katrina in New Orleans.

Ross said her prior work aligns with her mission is to “responsibly unlock the power of data to benefit all Americans.”

“Sometimes disaggregated data exist and can be valuable for informing policies and programs. Sometimes the data don’t exist, and so decisions are made without the complete set of evidence we need,” she said. “But one thing we know for sure, and that was laid bare recently with the pandemic, is that crises always exacerbate preexisting disparities across racial, ethnic, gender and other lines.”

The Equitable Data Working Group issued a report this April that focused on recommendations to make the collection and use of federal data more equitable.

Among its recommendations, the working group recommends making disaggregated data the norm for the federal government’s data infrastructure.

“Equitable data almost always comes down to disaggregating the data, slicing and dicing it so we can see patterns of who’s included and who’s left behind,” Ross said. “But federal data sets often don’t account for the key demographic, variables that we need, and these datasets are often totally ill-equipped to honor the complexities of people’s identities and to enable identifying disparities so we can remedy them.”

The working group’s report also recommended agencies take greater advantage of underutilized data, and reduce the administrative burden on the public by repeatedly asking individuals for the same information.

While many agencies have an abundance of administrative data — data gathered over the course of implementing federal programs and services — many agencies told OMB in a July 2021 report that “they do not yet have structures, processes, or mechanisms to deploy that data for purposes of assessing equity.”

“This recommendation comes down to not overburdening people with forms that ask questions that we as the federal government already have answers for, and just somewhere else,” Ross said. “It’s incumbent upon us to figure out how to responsibly share and link datasets in order to be able to apply demographic characteristics to records.”

“The field of data science is not as diverse and representative as it needs to be. The number-one thing that you need for data science is a complete team. That means diverse skill sets coupled with diverse lived experience that reflects the communities that you’re trying to measure,” she said.

Ross encouraged early-career data professionals to apply for the U.S. Digital Corps, a program launched a year ago, which now deployed 38 fellows to work across a dozen agencies. 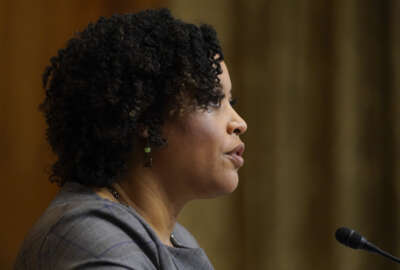 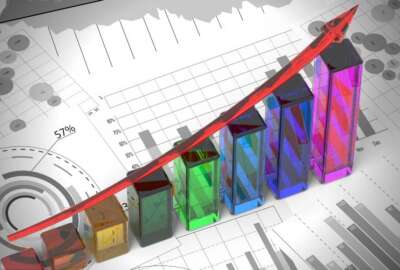 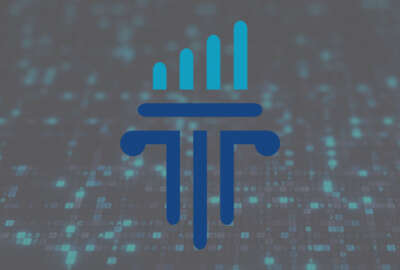