For many dedicated, ambitious, career civil servants getting into the elite Senior Executive Service is a very big deal. The SES was created by the Carter administration along the lines of the highly respected British and Canadian services.

SES members are supposed to be the cream of the crop and serve — in some cases even gently and diplomatically guiding — new political appointees who run agencies. SES members agree to change and learn different jobs both in their own agencies, and also take assignments in different locations and different cities.

Because of “caps” on executive pay, which determines SES rates, many GS-14 and -15 employees who would make great executives don’t apply for the SES. There’s too much additional work, travel and mobility to make it worthwhile.

And there is the selection process through a Qualifications Review Board. It can and is supposed to be difficult and brutal. Like an elite military unit, SES candidates who don’t make it through the review aren’t let down easily. Instead they get a famous red letter which tells them, right at the start, they are losers. Here’s an actual letter that one failed SES’er got last year. All have the famous red heading, and none mince words about the individual who didn’t make the cut. In best Washington style, personally identifiable information has been redacted.

According to the World Economic Forum, the United States Department of Defense is the largest employer in the world with 3.2 million people on the payroll. China’s People’s Liberation Army comes in second, followed by Walmart and McDonald’s. 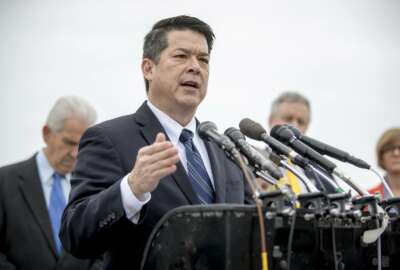