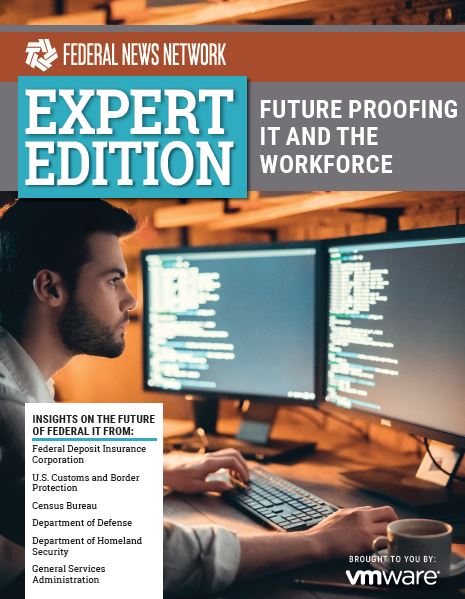 Expert Edition: Future Proofing IT and the Workforce

Ebooks
In this Expert Edition: Future Proofing IT and the Workforce, you'll be a part of the conversation about what the future of the workforce looks like.
Register Now

If ever a cloud needed a silver lining, that cloud is COVID-19. Though it’s cast a shadow over the better part of a year for much of the world, it’s also been a catalyst for IT modernization within the U.S. government. Agencies had to turn on a dime and pivot to maximum telework inside of a week, a task that most would have called unfathomable. Agencies that embraced cloud early have seen that foresight pay dividends; those that did not are rapidly playing catch-up.

More than anything else, it’s redefined the art of the possible. Agencies that experts only a year ago would have sworn could never possibly embrace telework now swear they’re never going back. And governmentwide adoption of various collaboration tools means they never have to. Similarly, agencies that have gained reputations as the last great bastion of dead trees have found ways to sign, sort, certify, and store documents entirely digitally.

In this Expert Edition: Future Proofing IT and the Workforce, you’ll be a part of the conversation about what the future of the workforce looks like.