GSA should not reinvent the data collection wheel

On March 4, the General Services Administration issued a proposed rule that would require contractors to report transactional data from orders placed against GSA’s Federal Supply Schedule (FSS) contract vehicles as well as GSA’s governmentwide acquisition contracts (GWACs) and indefinite-delivery, indefinite-quality (IDIQ) contracts. GSA would incorporate new clauses in FSS, GWAC and agency IDIQ contracts, which would require contractors to report prices paid for products and services delivered during the performance of the contract via a “user-friendly, online reporting system.”

Monetary recovery is usually in the form of a Qui Tam lawsuits or False Claims Act (FCA) violations. Gibson Dunn Publications recently reported that 2014 was a “historical high-water mark of $5.7 billion in recoveries… and forecasts for 2015, suggest the flood of FCA activity will not abate any time soon.”

On the surface it appears that the GSA is willing to concede the price reductions clause, which has been on ongoing burden for contractors, in exchange for the cumbersome task of contractors’ providing data that the government already possesses. However, peeling back the onion reveals another ongoing burden for contracts that will not be going away. The proposed rule caveats that vendors would still be subject to the commercial sales practice format (CSPF) disclosure requirements and “GSA would still maintain the right throughout the life of the FSS contract to ask a vendor for updates to the disclosures made on its [CSPF].”

This arguably does not waive the contractor from any FCA liability because the proposed rule does not eliminate the ramifications for the failure to provide accurate information (such as CSPF) under the price adjustment clause and non-compliance with said clause is akin to defective pricing, which could be construed as an FCA violation, and/or price reduction and/or termination for default. The net effect is no substantive concession by the government.

Industry is pushing back against the overall reporting requirement citing additional burdens placed on contractors as evidenced by the voluminous number of public comments received in response to this proposed rule.

I submitted comments on the proposed rule from an industry perspective pointing out that the government already has mechanisms in place that capture transactional data, mainly the Federal Procurement Data System — Next Generation (FPDS-NG), which is governed by the Office of Procurement Policy (OFPP). The creation of another data repository (i.e. prices paid) would create disparate repositories of contracting data for all types of analytics and comparisons including price analysis.

In my public comments I make a few specific points:

“It definitely makes sense to start small (which GSA is apparently doing with a pilot program), however, the overall concept of transactional data should be governmentwide and therefore promulgated in the FAR. The agencies should be responsible for ‘pushing’ the data from their contract writing systems. Most contract writing systems are capable of providing this transactions/line item data especially with technologies such as extensible markup language (XML)… OFPP should be laying the foundation to leverage by expanding/enhancing the capabilities of the existing FPDS repository for all transactional contracting data beyond FSS/GWACs/MACs transactions. Placing the burden on contractors for the reporting requirement creates even more obstacles for contractors doing business with the federal government, especially small businesses.”

Using FPDS-NG as the repository for the capture of transactional data makes the most sense and a new data reporting repository is unnecessary — why reinvent the wheel by shifting the burden to contractors while still exposing contractors to de facto price reduction penalties as well as potential FCA violations?

Ronald Falcone is a fellow with the National Contract Management Association (NCMA) and co-founder and executive vice president of Distributed Solutions, Inc. 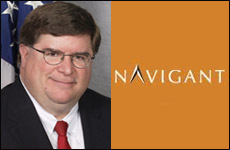