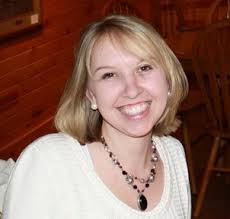 Q: How do I know if I have a security clearance?

This is actually a question we get quite frequently. Often, it’s veterans or individuals who used to work for the government who wonder if their security clearance is still current. Others literally can’t remember if they filled out an SF-85 or SF-86 when they began their jobs. Which might seem crazy, but keep in mind how stressful the first days of a new job can be, particularly for those enlisting in the military or landing their first federal job — you’re drowning in paperwork!

The best way to check on your security clearance status is to make a Freedom of Information Act or Privacy Act request. If you’re still employed with the federal government, you’ll need to make any queries through your current security officer. Every government employee has a Facility Security Officer (FSO) somewhere who’s responsible for maintaining the security and compliance of those in your office. It’s probably the person who’s always reminding you to take your CAC with you when you leave your desk.

Q: My boyfriend (who is also a veteran) uses medicinal marijuana, which is legal in the state we’re in. Will that affect my security clearance?

This is one of those issues where popular opinion and public policy are ahead of federal law. The number of states legalizing recreational marijuana continues to grow. And while even the Department of Veterans Affairs and Congress have pushed to make medical marijuana an available option for veterans, no legislation approving its use has been passed.

Insight by Splunk: USDA, FDA and Army Futures Command will explore how agencies are using data as a tool in digital transformation and cybersecurity.

In fact, ongoing drug use is one of the only ways you are guaranteed to lose your security clearance.

ClearanceJobs contributor and the President of the Federal Clearance Assistance Service (FEDCAS) William Henderson writes “the Bond Amendment states, ‘after Jan. 1, 2008, the head of  . . .  a federal agency may not grant or renew a security clearance for a covered person who is an unlawful user of a controlled substance or an addict.’ There is no provision for a waiver for this requirement as there are for other portions of the Bond Amendment. Additionally, under the Criminal Conduct criterion (Guideline J) of the Adjudicative Guidelines, an ‘allegation or admission of criminal conduct, regardless of whether the person was formally charged, formally prosecuted or convicted’ is a disqualifying condition.”

In this case, your boyfriend is the one partaking, and not yourself, but you still have the issue of a close association with someone violating federal law. This is a huge gray area in security clearance policy today. I would make sure your boyfriend is under the care of a physician who is prescribing medical marijuana as a part of a treatment plan, and be prepared to clarify how you separate yourself from the drug (it’s purchased for single use, you’re not there when it’s used, etc).

Q: What do you think about the President’s kids having access to classified information?

There has been much hoopla about what role President Donald Trump’s grown children will play in the administration. His kids certainly played a major role in the campaign, and appeared to be part of his transition team. One of the key factors that has been lost in much of the coverage of the possibility of Trump’s kids getting security clearances is that access isn’t granted as a result of them being his kids — it’s tied to any official roles they play in his transition team.

“In order to perform their collective duties, they will need to be privy to certain highly sensitive and classified matters,” writes Christopher Burgess, 30-year CIA veteran and a member of the 2000 Intelligence Community team in charge of briefing the President-elect. “The keyword here is need to know. In order to provide suitable counsel to the president-elect in filling the many political appointee positions within the federal government, Trump’s transition team will need access.”

In order to play an official role in the transition, Trump’s children may obtain federal security clearances — as a part of their role, not simply because they’re the children of the president. That said, it’s important to understand the President, as the person who establishes security clearance policy, is in a unique position to share details outside the normal scope of security clearance policy. And the President’s family members (think of First Ladies) have never been subject to a traditional background investigation process, yet do work with access to classified information — simply by knowing the President’s schedule and policy positions.

Lindy Kyzer is a senior editor for ClearanceJobs.com. Have a question about the security clearance process, federal suitability or cleared careers? Post your question in the comments or email it to editor@clearancejobs.com. This article should not be construed as legal advice. Consult an attorney regarding your specific situation.