President Donald Trump’s hiring freeze has been in place since Jan. 22, 2017. Judging by the emails, comments, calls and questions I am receiving, there are still agencies that have questions about what they can and cannot do during the freeze.

Add to that the uncertainty about the FY 2018 (and beyond) budget, and it is understandable that many federal employees worry that winter is coming for the federal workforce. President Trump’s Executive Order today directing the Office of Management and Budget to come up with a plan for reorganizing the executive branch adds even more urgency to the discussion regarding the size of the workforce. After watching the goings on for the last two months, I am not ready to pronounce gloom and doom for the workforce, but I do believe federal agencies and the workforce are in for more change than they have experienced in the past several decades.

Let’s take a look at a few examples. The Department of Defense is on the list of favored agencies that are likely to receive a plus up from the budget process. In a typical year, Defense hired just over 90,000 people last year. With the freeze in place, they are continuing to hire in a lot of positions, but they are also building up a backlog of unfilled jobs. Other departments are in the same position. Homeland Security has exempted many of its jobs because they are engaged in border security, immigration enforcement and other national security related jobs. But what about the rest? Last year DHS hired almost 21,000 people. Other agencies that have few jobs that are tied directly to national security or public safety are continuing to amass a large backlog of unfilled jobs.

Trying to catch up after the freeze is lifted would be a big problem if the intent is to do some trimming of agency payrolls. In this case, it appears that the intent is to do more than trim. Rather than modest cuts that rein in the federal payroll, it appears the administration is interested in far more significant cuts. Recent reporting in the Washington Post, Fox News and other outlets is pointing to much larger cuts, with some agencies seeing double-digit reductions in their labor budgets.

So why am I not taking the gloom and doom view? Presidential budget requests are not enacted by the Congress with no changes. In fact, the reception the President’s budget gets from the House and Senate is typically rejection. The likelihood of the Congress enacting all of the cuts the President is suggesting and doing them all at once in 2018 is remote. Many of the agencies are very popular with the American people. Many of the programs they run are popular. Decimating popular programs and/or agencies can have electoral consequences that members of Congress do not want. The said, Republican budget proposals in recent years have called for some significant cuts in non-Defense programs. I expect to see budget cuts in many agencies, but I expect them to be tempered by Congress.

So, does that mean agencies have no worries and do not need to prepare for the worst? Absolutely not. In fact, any responsible agency that is in the budget crosshairs should begin planning TODAY for a significant reduction in Fiscal 2018. Even agencies that may be safe from a mission perspective will have to look at the cost of mission support services. That means not adding new staff (even if the freeze is lifted) unless not hiring them risks mission failure. It means preparing a plan to do downsizing in an orderly way. Agencies should be running the numbers to see what kind of attrition they can expect. What would early retirement produce? Would buyouts help? If so, how much? Does the agency have the money in FY 2017 to incentivize turnover now, to lessen the burden on the 2018 budget?

Downsizing effectively is far more than just letting people go out the door and not replacing them, Agencies must rethink their work, their missions, and how they get things done. An agency with 10,000 employees cannot operate in exactly the same way if it has to make do with 9,000 employees. That means new organizations, new job descriptions, new performance objectives, better work processes and more. All of that takes time.

Agencies should also begin planning for reduction in force. No one wants to hear that, but the truth is that few agencies are prepared to run a RIF. Getting ready takes months. Running the RIF takes months. Doing the right thing and trying to minimize the number of people who are involuntarily separated takes months. If agencies wait until a budget is passed, or at least until the numbers are more certain, they will box themselves into a corner that is almost impossible to get out of. As I said in a post on March 3, RIF is expensive and the aftermath of RIF is more expensive.

If agencies do decide to begin planning now for what might happen with the Fiscal 2018 budget, they are not selling out their workforce. They are doing the right thing and trying to be prepared for what might happen. That is what leaders do. Because it is so important, agency leaders should be upfront with their workforce about what they are doing. Do not plan behind closed doors, hoping the workforce will not find out about it and get scared. They will find out about it. And they are already scared. Federal employee should be treated like the adults they are. Planning for downsizing without telling the employees builds more fear and it builds mistrust. When an agency is facing tremendous change, more communication is not only better, it is absolutely essential. 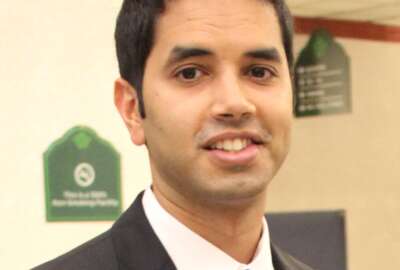 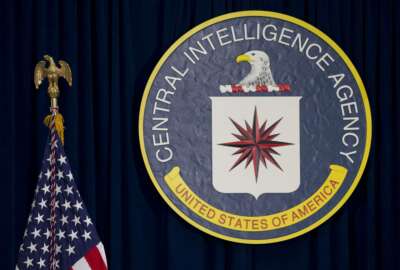