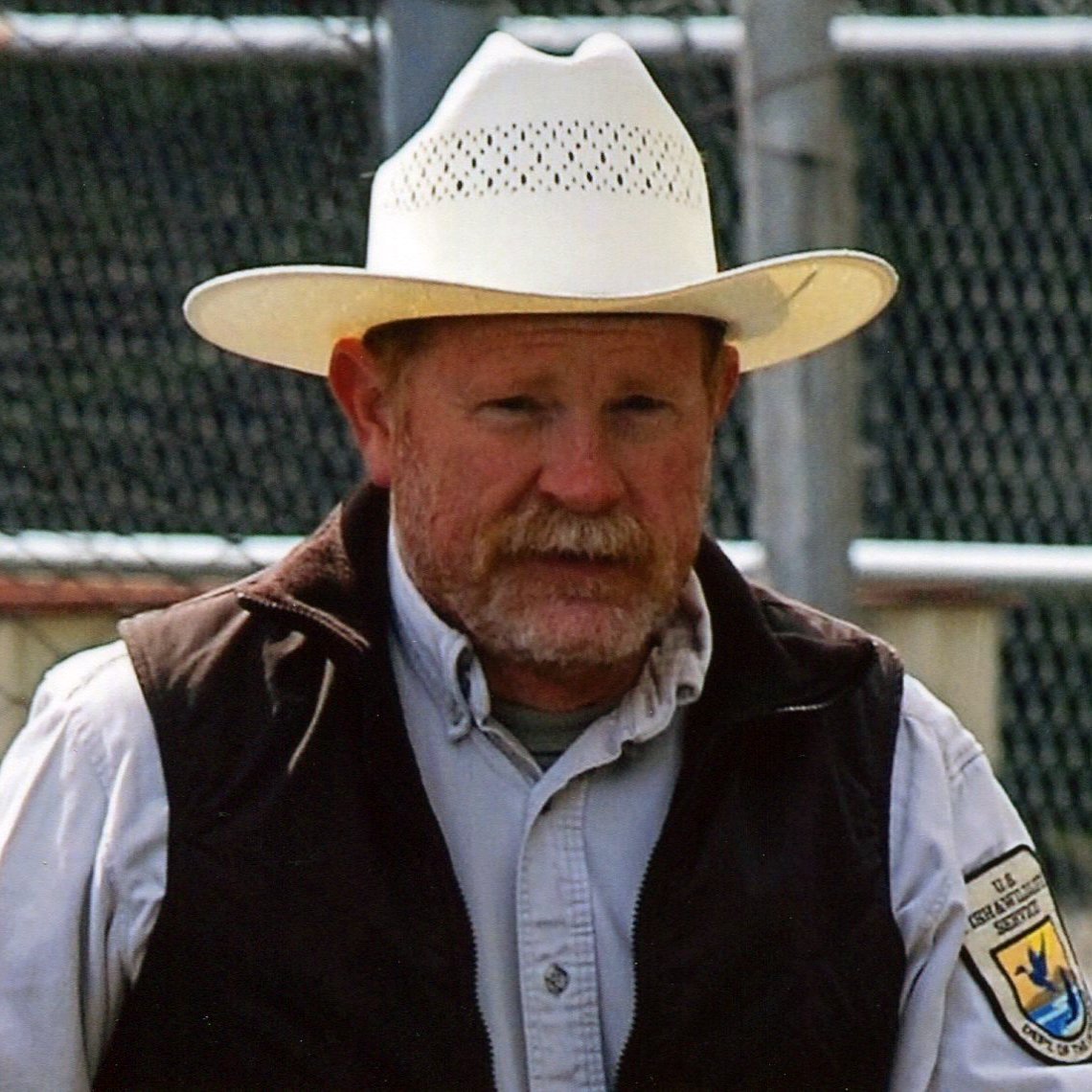 The stock market came off a great year in 2013 and continued rising through the first half of 2014.

On Saturday, June 28, 2014, I loaded up my book bag with bills and personal odds and ends that I needed to catch up on, one of my favorite spots for doing this sort of activity is at an out-of-the-way table at the community library.

I unloaded the contents of my book bag and organized the...

The stock market came off a great year in 2013 and continued rising through the first half of 2014.

On Saturday, June 28, 2014, I loaded up my book bag with bills and personal odds and ends that I needed to catch up on, one of my favorite spots for doing this sort of activity is at an out-of-the-way table at the community library.

I unloaded the contents of my book bag and organized the clutter into neat piles.

One of the piles consisted of financial stuff. Out of curiosity, I took out my pocket calculator and multiplied the number of mutual fund shares (mostly within the federal government’s Thrift Savings Plan) that I owned times the most recent closing share price.

The sum registered with seven digits and two commas ahead of the decimal point. I double-checked by running the numbers a second time: Same answer again.

I sat there as it swirled and sank in. To say that I found it a good feeling is an understatement, but actually, it is surprisingly hard to put what I felt into words.

But mostly I reflected and reminisced over the events that had allowed this to come to pass over the course of my thus-far career (it is in its late 20s), and what I had done so that it really did happen.

The story can, in large part, be traced back to Dec. 31, 1989. At the stroke of midnight on that New Year’s Eve, I put out the butt of a Marlboro Light cigarette into a just-emptied 16-ounce Budweiser can and set it on a shelf in my apartment. I haven’t used alcohol or tobacco for nearly 25 years now.

And in addition, I began a strategy of keeping my pickup trucks for a long time, starting roughly at around a decade and a 150,000-mile target. I had already discovered that the new car smell goes away a long time before the payments ever go away! (I subsequently found that I enjoyed this lack of payments so much that I upped my target until my pickups were teenagers with 300,000+ miles!) I just felt that meticulously maintaining the older pickup so that it would last a whole lot longer made better sense (for me, anyway) than periodically just going out and buying a new one.

One of the more immediate effects of all this was that my wallet had much more money left in it at the end of the month.

I developed a formal, written savings plan to which to adhere, and directed this into regular bank savings. I was still young enough then that I was largely ignorant of the financial markets. I mostly thought of and engaged in outdoor recreational pursuits.

But my chosen career path had the potential to include required occupancy of government housing, and I did foresee that someday, I might have to be in a position to purchase a house at the end, as well as having built up retirement savings.

So I began developing an interest in money matters because I knew I had to, and along the way I enjoyed and learned from newspaper columns such as Humberto Cruz’s “The Savings Game,” and Susan Bondy’s “Bondy on Money.” The financial markets are not as boring as you might think at first glance, since you soon come to understand that there is a lot of human drama and that the emotions of fear and greed hold such sway over the potential outcomes.

It seemed that the best way to achieve financial success came from long-term investing in stock mutual funds, even after factoring in those scary and sometimes-severe declines that can happen along the way.

In early 1994, my clock radio used to awaken me to advertisements by GT Global. That further piqued my interest and I became determined to become more knowledgeable.

I bought a magazine on mutual funds from the rack at the neighborhood grocery store and studied what it had to say, and then branched out from there, pursuing and researching in greater depth the portions that seemed to hold the most promise. That probably marked the first time I had ever bought a magazine that wasn’t outdoor-oriented.

So, 20 years after I first bought that magazine, I can attest to the truth of the projections that those charts and graphs — and the TSP calculator — illustrate. That by making regular contributions — and contributing the maximum that you can — an ordinary, run-of-the-mill person can indeed become a millionaire. It is not just smoke-and-mirrors or a mirage, and while it doesn’t happen overnight, it can happen over time.

For myself, my government career can very roughly be divided into thirds: About the first third was spent working various positions between GS-3 and GS-7. The next one-third was spent as a GS-9, and only in this final third to-date have I reached into the GS-double-digits.

So I am not particularly remarkable in this regard, nor am I boasting or bragging. In fact, just the opposite: By not having climbed all that far up the career ladder myself, I am simply pointing out just how possible that it still really is. This would seem to be a goal well within reach of a lot of everyday folks. And if the markets cooperate and deliver exceptionally-robust returns, it could happen sooner than you think.

But the absolute worst thing you can do is convince yourself at the onset that accumulating substantial wealth is simply not attainable. If you do that, you’ll defeat yourself before you even get started. I think it was Henry Ford who said, if not verbatim, something to the effect of, “Whether you think you can, or you think you can’t — you’re right.”

Mathematics was always my Achilles’ Heel. I can study hard in most subjects and get an ‘A’ grade. But when it comes to math, I have to study much harder just to achieve a ‘C’ grade. So I’ve always compensated by devoting more time toward understanding math, calculating carefully and then double-checking my work.

In regard to your financial well-being, the most important mathematic concept to grasp is that of compound interest, and this thankfully is not particularly tough to understand.

But what you really need to achieve financial success is not great mathematical prowess; instead, as in so many areas of life, you need the 3 Ds: Direction, determination and discipline.

So as retirement draws closer and I look back on it all, what did I learn?

You need to carefully develop a plan, and you need to stick with your plan through thick and thin. This, in turn, hinges upon your own temperament and tolerance for risk. While stocks might prove to be more lucrative than bonds over time, the ride may be more painful, and especially with small company stocks. You might incur losses of 50 percent  — or even more — and while recovery might occur over a fairly short time span, it could take many years to recoup a loss of this magnitude.

While bonds generally plod along at a slower and more steady clip, they too can experience periods of volatility, albeit not so widely — or wildly — as stocks. And more importantly, bonds generally tend to zig when stocks zag, so they are a good counterbalance. But the return of bonds over time might be expected to be about half that of stocks.

This blend of stocks and bonds are known as “asset allocation,” and you need to tailor it to your own tolerance for risk and also throughout the progressively-changing stages of your life.

When there is a bloodbath in the markets, I’d suggest just avoiding those stories of horror and hysteria in the headlines. Stay away from the popular press and the electronic news media, and forget the financial section newspaper for a while. You need to keep your wits about you, keep a cool head, get a grip on yourself and avoid panic.

In short, you need to just keep on keeping on.

Head off into the wilderness if you can, go hunting or fishing or backpacking. And remember, while it is no fun to own stocks at such times, it can represent a great time to buy them, and at bargain prices, since so many have so generally been beaten down into the basement.

There are the passively-managed index funds, such as those in the TSP, and actively-managed funds with a manager at the helm who decides what and when — and what, and when NOT to — buy and sell certain holdings.

If you have additional money to invest outside of the TSP, you may wish to diversify into holdings that you cannot get within the TSP, such as international small company stocks, foreign bonds, or emerging market stocks and bonds. Or if you like the idea of investing in commercial properties, you can consider adding Real Estate Investment Trust (REIT) shares.

Don’t necessarily ignore actively-managed funds, but rather keep an eye peeled for exceptionally talented, well-seasoned managers who may be presiding over some real gems. I have never paid much attention to those who top the charts over a period of just a few years. I have always felt that may be just because that particular market cycle favored their particular style of investing. Instead, I would look for managers who delivered outsized returns over long periods — at least 10 years, but 15 or even 20 years is better — because these managers were more likely to have achieved that record across a greater variety of market conditions. And finally, focus on managers who would seem to have a big stake in staying at the helm of this fund well into the future.

That wraps up my two cents worth, and I wish to you the greatest success in charting the course of your own financial future.

Dan Magneson has worked summer/seasonal/temp jobs with the U.S. Forest Service and U.S. Army Corps of Engineers in the early 1980s. His first career-conditional job came in 1985 in the National Marine Fisheries Service’s former Tuna/Porpoise Program, followed by one-and-a-half years with the U.S. Army Corps of Engineers in Norfolk, Virginia. Magneson came to the U.S. Fish and Wildlife Service in June 1989 and has worked for this particular agency ever since, mostly within the National Fish Hatchery System He has 30 years of service as of February 2015. 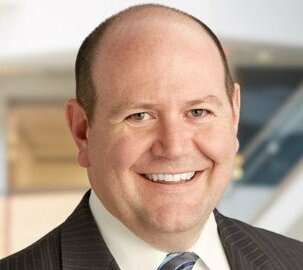 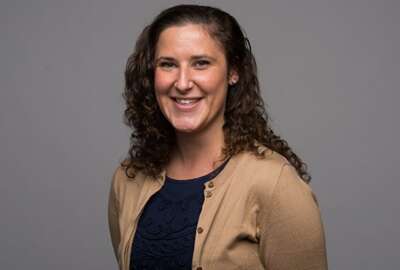 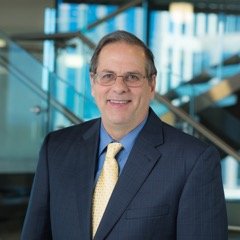