A better approach to SES mobility

We are hearing a lot recently about Senior Executive Service mobility, mostly in the context of involuntary reassignments of senior executives at Interior, Agriculture and other departments and agencies. Involuntary moves are not routine, but they are part of what SES members sign up for when they accept the jobs. Every SES knows that s/he may be...

We are hearing a lot recently about Senior Executive Service mobility, mostly in the context of involuntary reassignments of senior executives at Interior, Agriculture and other departments and agencies. Involuntary moves are not routine, but they are part of what SES members sign up for when they accept the jobs. Every SES knows that s/he may be reassigned, including reassignments that involve geographic moves.

Knowing that you may be reassigned does not mean it is welcome when it happens. Reactions can be intensely negative, even when an agency can articulate good business reasons for the move. When an agency does not have a credible reason, involuntary moves can negatively affect employee morale, cause increased SES turnover, and may hamper SES hiring.

Does that mean agencies should never do involuntary moves? No. There are times when it makes sense to move executives. The obvious reasons are to better align skills to agency needs, and to put people where agency leaders believe they are most needed. Another reason that is less popular is to put a leadership team in place that the agency leader wants. That one tends to create ill will and often leads to explanations that are not particularly credible. In such cases, I believe it is better for agency leaders to simply be honest and admit that they are not happy with the people who are in place and that they want to put different people in the jobs. Convincing someone that the brutally honest approach is best is not always possible, so we see sometimes see moves accompanied by explanations that sound contrived (because they are). Another reason that agencies typically will not admit to is a move intended to encourage or force an executive to leave the agency. The one reason for moving senior executives (or any employee) that should never be used is disagreement with the executive’s real or perceived political views. Moving any employee for political reasons is a prohibited personnel practice and is not legal.

When my ICF colleague Deb Tomchek and I were at the Department of Commerce, the Secretary (Bill Daley) wanted to move some executives. There were two reasons for the moves — some were because the department had critical needs and he wanted to put proven performers in the jobs. Others were because the secretary was unhappy with the people who were in several key positions. Some were both, the person who was moved out was not meeting the secretary’s performance expectations, while the person who was moved in was a high performer. Less than 20 executives (of more than 300) were moved in the first year.

The initial reaction to that first round of moves was swift and negative. If you did not know the numbers, you might have guessed that half of the department’s executive were moved. The reaction was so strong that some members of congress sought to punish the department for the moves by cutting dollars from the budget for the Office of the Secretary. The congressional reaction was based, in part, on the fact that some members of congress were getting inside information from Commerce executives who were attempting to undermine the secretary’s objectives. The executive moves were completely within the confines of the law and regulations that govern the SES and the civil service in general. With the first round of moves, many of those executives who were moved said afterward that they intensely disliked the process and being blindsided by what happened. But, they were actually happy with the new jobs and found they enjoyed the new challenges posed by the positions. Even though the moves followed the rules and the outcome was generally good, there was a better approach that would accomplish results with far less controversy.

The following year the department did another round of SES moves, but the approach was very different. We built a process and an online tool to encourage SES mobility, and to provide every senior executive in the department with information about every Commerce SES job. Proponents of SES mobility often wonder why so few executives move around within a department or agency. One key reason is that they do not have good information on every SES position. By providing that information, and providing a means of expressing interest in other jobs, Commerce was able to encourage executives to seek other positions in the department. The second round of SES moves included a few involuntary reassignments, but most moves were voluntary. Secretary Daley considered the SES mobility program to be one of the best moves he made as Commerce secretary.

I believe the Trump Administration should consider implementing a similar SES mobility program, beginning with intra-agency moves, then expanding it to include moves between agencies. Such a program would encourage more SES moves, while greatly reducing the negative consequences of moves that are entirely involuntary. Even in cases where an agency intends to do an involuntary move, it is a better to discuss the move with the executive and try to identify a landing space that is a good match for the executive’s experience. Agencies retain the authority to make involuntary reassignments, but would achieve better results with a mix of voluntary and involuntary moves that is aimed more at the voluntary approach. 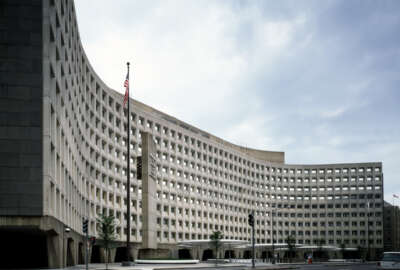