It’s time for the ATF to refocus its mission 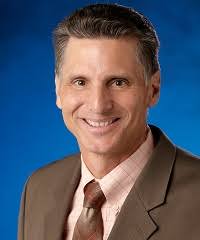 Even as the federal government escalates its warnings about the threats posed by the illegal tobacco trade, a curious thing is happening at the agency tasked with enforcing tobacco policy — it is de-emphasizing tobacco enforcement efforts.

Amid an opioid crisis that is ravaging communities across America and increasing efforts to stem the flow of cocaine, methamphetamine and other drugs pouring across our borders from violent trafficking cartels, illegal tobacco is viewed by some of our government’s leaders as less of a public health and law enforcement priority. This is a mistake — and the bifurcated message is putting our national security at risk.

As many as a fifth of all cigarettes purchased in the United States annually — about 3 billion packs — were sold on the black market, and the proceeds of that trade are driving an insidious underground market that perpetuates a global wave of fraud, tax evasion, money laundering and terrorist financing.

In late 2015, six federal agencies jointly released a report titled “The Global Illicit Trade in Tobacco: A Threat to National Security” that warned that the illegal tobacco trade was a “low-risk, high-reward criminal activity” that was making traffickers millions with little risk of being caught or punished.

As a former Special Agent for the Department of Treasury, I witnessed firsthand the havoc caused by the global illegal tobacco trade. I was heartened to see the U.S. Government’s Commission on Security and Cooperation in Europe, also known as the Helsinki Commission, address this often-overlooked topic at a congressional hearing in July, shining a light on the much larger, and arguably more critical, threats hidden from the public’s view. As witness testimony made alarmingly clear, coordinated law enforcement efforts — both domestic and international — have failed to keep pace with this growing menace.

By our government’s own words, this is a threat that needs to be taken seriously. But we are not upholding the Bureau of Alcohol, Tobacco, Firearms and Explosives (ATF) mission to protect communities from violent criminals, criminal organizations, the illegal use and trafficking of firearms, the illegal use and storage of explosives, acts of arson and bombings, acts of terrorism and the illegal diversion of alcohol and tobacco products.

The size of the illicit cigarette market in the U.S. is difficult to gauge, but it is estimated at 8.5 to 21 percent of the total market sold every year. To put things in perspective, Altria, the nation’s largest tobacco manufacturer, recently commissioned a study that collected and analyzed 5,000 empty cigarette packs that smokers discarded in New York City. The findings confirmed research by other organizations and indicates that 50-60 percent of cigarettes sold in the city are contraband.

The illicit tobacco trade is attractive to criminal organizations, including terrorists, because it is so lucrative. There is a financial incentive to source a product in lower-priced markets and transport, distribute and sell it in higher-priced markets.

For instance, criminal organizations often purchase cigarettes in Virginia, which has the second-lowest cigarette tax in the nation at 30 cents per pack, and smuggle them to New York City, which has a significantly higher tax of $5.85 per pack. A van load of about 600 cartons bought in Virginia and sold without paying New York taxes can produce profit of $20,000.

Criminals are also attracted to the illicit tobacco trade because the very volume of it masks individual criminal activity. The chances of getting investigated, prosecuted and convicted are remote. Penalties are light. From the criminal’s perspective, involvement in the illicit cigarette trade is low risk and high reward, thus much more appealing than trafficking in narcotics.

Law enforcement officials believe revenues from illicit tobacco helped fund the first World Trade Center bombing. And they believe the proceeds of cigarette trafficking between low-tax North Carolina and high-tax Michigan has helped fund Hezbollah. In fact, on July 20, Sens. Marco Rubio (R-Fla.) and Jeanne Shaheen (D-N.H.) introduced a bi-partisan bill that would strengthen the financial sanctions imposed against Hezbollah in 2015 to include tobacco trafficking, which the group is increasingly using to fund its activities.

Financial seizures relating to tobacco trafficking have plummeted from around $50 million a year to less than $5 million. Not surprisingly, during this same time the illegal smuggling of cigarettes has increased.

In 1972, the Treasury Department established ATF as a separate bureau. In addition to expertise in specialized investigations, it offered an effective revenue arm for the government giving a 35-to-1 return on every dollar it spent.

In 2003, the Homeland Security bill transferred ATF to the Department of Justice (DoJ), and changed the name of the agency to the Bureau of Alcohol, Tobacco, Firearms and Explosives.

The name change reflects new and skewed priorities from its legacy missions. For example, tobacco is included in the very name of ATF but in its last published Strategic Plan tobacco is not even included in the table of contents. Perhaps this explains why there are only four ATF Special Agents out of a total workforce of 2,600 devoted to the illicit tobacco product mission — and this at a time when other government agencies are warning of the increased global threat.

As a Treasury former agent, I witnessed how legacy ATF suffered when the mission was passed around until reluctantly placed under DoJ jurisdiction. Troublesome issues were compounded by lack of funding and questionable management. ATF’s “Fast and Furious” gun running scandal and subsequent stonewalling within DoJ are symptomatic of larger issues and priorities that must be addressed in the administration of President Donald Trump.

Congress should devote dedicated resources to help the ATF once again focus on one of its core missions — illicit tobacco products and its links to fraud, tax evasion, money laundering and terror financing. And, while Congress is at it, perhaps thought should be given to returning ATF to Treasury where its crime fighting expertise and production of revenue will be appreciated — and reap rewards in the fight against organized crime and terrorism.

John A. Cassara retired after a 26-year career in federal law enforcement. He served as both a clandestine operations officer in U.S. intelligence and as a special agent for the Department of Treasury. He is considered an expert in anti-money laundering and terrorist financing. He currently serves on the board of advisors of the Foundation for the Defense of Democracies’ Center on Sanction and Illicit Finance.