What the amazing Thai cave rescue taught us about outcome prediction 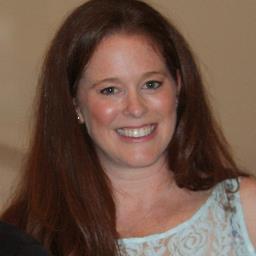 The world was enraptured in July by the horrifying news that a boys soccer team in Thailand had been trapped in a flooded cave. Thankfully, all 12 team members and their coach were rescued, much to the delight of a global audience who had been anxiously following every movement.

The amazing and awe-inspiring rescue further revealed how imperative readiness has become to any type of critical mission. It was the latest example that all military...

The world was enraptured in July by the horrifying news that a boys soccer team in Thailand had been trapped in a flooded cave. Thankfully, all 12 team members and their coach were rescued, much to the delight of a global audience who had been anxiously following every movement.

The amazing and awe-inspiring rescue further revealed how imperative readiness has become to any type of critical mission. It was the latest example that all military and civilian agencies, in the United States and abroad, must be prepared to leverage data to ensure optimal outcomes for any situation that may come their way, even those that have never been experienced before.

Why the cave rescue succeeded

What initially seemed to be an impossible mission ended in the safe return of the entire soccer team following a nerve-wracking 72-hour rescue operation.

A positive outcome like this doesn’t just happen, especially in hazardous and high-risk situations. There are plenty of elements that factor into a successful mission, one of the most important being a “what-if” scenario analysis.

The Thai cave rescuers had to account for several variables leading up to the mission—the two primary ones being timing and method of extraction.

Weather factored heavily into the question of when to begin. Since it was monsoon season, they had to closely monitor the weather forecast, timing the mission to conclude before additional rain reversed efforts to pump water out of the cave. Further, they had several options when determining the extraction method most likely to succeed. Would they do “buddy dives”? Drill through the mountain to reach them from above?

“What-if” scenario planning came into play here to help answer these questions and many more, with the ultimate goal of determining the best possible solution to a nearly-impossible and severely time-sensitive problem.

Geospatial data also played a role in these predictive models, with the rescue team using 3D maps of the Tham Luang cave (built from a combination of geospatial data sets from the government of Thailand, satellites and other sources) to “test” out the various options.

The role of predictive analytics and geospatial modeling is growing as we learn how to leverage these capabilities to optimize mission readiness. And nothing so perfectly demonstrates how effective scenario planning increases the probability of a positive outcome as the seemingly impossible Tham Luang cave rescue.

Overcome the data challenges of readiness

Readiness can be a notable challenge for federal agencies as well. Since their data is often siloed, essential, valuable data is isolated, making it less accessible and much more challenging to analyze. Without ease of access to data, senior leaders lack the necessary visibility to make the best judgements about their agency’s mission readiness.

Critical readiness questions require accurate and precise analysis, so that leaders can select an option with the most favorable outcome and lowest risk. William Busch, analysis division chief at Army G-2, recently spoke about the role of Army intelligence in achieving mission readiness at Qlik’s Federal Summit. Busch referred to the concept as “Winds of War” and identifies risk reduction as integral to readiness.

“If I can help [the chief of staff] mitigate risk, I can help him have the right Army, at the right time, in the right place and right context,” Busch said.

The idea is built on moving the Army’s decision process to the left—predicting possible outcomes for a myriad of scenarios. The ‘what and where,’ Busch explained, “has to be augmented by IT or it’s not going to go anywhere.”

With data analytics, leaders can identify specialized personnel and equipment readiness, and predict the most plausible outcomes based on scenarios that may pop up involving military threats or even complex missions, such as the Tham Luang cave rescue.

In any case where readiness is concerned, outcomes matter, and predicting those outcomes enables a higher chance of mission success.

Heather Gittings is the global industry director of the public sector and healthcare for Qlik.