First, for those who were forced to work without pay, on behalf of most of the American people, please accept our apology. The idea that we...

First, for those who were forced to work without pay, on behalf of most of the American people, please accept our apology. The idea that we would use your labor without any compensation is sad. In many respects, the federal government is an outstanding employer. The biggest area where it is not is the one you just experienced. No matter how much they know it never really works out, politicians just cannot help themselves when they see an opportunity to use federal workers as political pawns. Most people realize that is wrong, and most of us realize that, rather than being pawns, you are public servants who do the people’s work. You guard our borders, you ensure air travel is safe. You inspect our food, you track and prevent disease, you help us with our tax problems, you do countless other tasks that are vital to our nation’s security and economic well-being. We just spent 35 days benefiting from your expertise and labor, while many of you worried about how you would pay your mortgage, or your rent, or feed your family. Some of you did not have the money to buy gas to get to work. That is not how the greatest nation on earth treats anyone, and certainly not how we want to treat people whose work is so vital.

For those of you who have been away from work for a month, welcome back! More than 400,000 federal workers did not work for more than a month. I have heard some folks say you got a paid vacation for five weeks, so why complain? A vacation? Really? I have to assume those comments are the result of ignorance rather than malice. When we go on vacation, we plan it. We may leave town. We know when it will end. And we know we will be paid for it when it is over. This shutdown was not like that. You got a Christmas gift of a shutdown — a giant lump of coal from our elected leaders. Until Congress and the President passed and signed a bill guaranteeing back pay, you were not certain you would be paid for the time you were off. Even then, you missed two paychecks. Most people realize that missing a paycheck is traumatic. Missing two is worse. You have bills to pay, and some of you did not have enough savings to get through the shutdown. And you were told you would need to be able to report back to work with 24 hours notice. That means stay close to home. So much for a vacation. What made matters even worse was the people saying that the government does not need so many people because nothing bad happened while you were away. They clearly do not know what was not getting done while you were gone. Hiring people for all of those “excepted” jobs where people were forced to work for no pay stopped. Training new people stopped. Awarding contracts for vital services stopped. Inspections stopped. Countless other tasks that most people have no idea they rely on stopped. And now that you are back, you probably have a backlog that will take months to catch up.

More than a million of you were not directly affected by the shutdown. You work for the Department of Defense or other agencies that had appropriations, or you work in an agency with working capital funds or some other non-appropriated funding. Some folks are saying you are not affected, so why should you care? Those of us who work or have worked in government know the truth. You look at what happened and remember that it has happened to you too. Past shutdowns included large parts of Defense and other agencies. You know that we are eight months from the beginning of fiscal 2020 on October 1 and we are still talking about fiscal 2019 appropriations. You see how dysfunctional the appropriations process has become. And you know that 2020 is an election year.

So we have two million federal workers who have a lot going through their minds. Is this going to happen again on February 15? Should I retire? If I am not close to retirement age, should I find a job in the private sector? Or state or local government? Should I go back to school? Should I change careers and do something totally different?

The best advice I can give to federal workers is to not make career decisions now. The stress of this shutdown is too fresh, and it may cloud your judgment. Retirement, in particular, is a decision you should make carefully. Once it is done, you cannot undo it and come back as a regular federal employee. If you are eligible to retire now, you will be later in the year, or next year. If you are not eligible to retire and are considering leaving government, consider your options carefully, and not while you are recovering from the trauma of the shutdown. Are shutdowns miserable and unfair? Absolutely. Should you be treated the way you were? No way. Is the government a terrible employer? No. Other than these political stunts, government is still a good employer. It offers good benefits, including a defined benefit pension. It also offers the opportunity to serve and do great work. And at least part of the misery this shutdown caused landed where it can really make a difference for future shutdowns — with the politicians. Many of them appear to have decided that they do not win these things, and just look bad. While some of them may not act in your interest, you can take some comfort in knowing they will always act in their own.

I and millions of others appreciate the work you do. We understand the stress you endured and hope it does not happen again. And we respect public servants for the good they do every day, not just during Public Service Recognition Week. 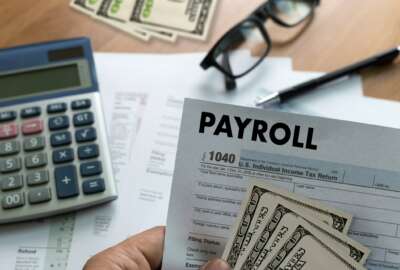 When federal employees can expect to get paid, post government shutdown