IT modernization, rapid procurement is a national security imperative 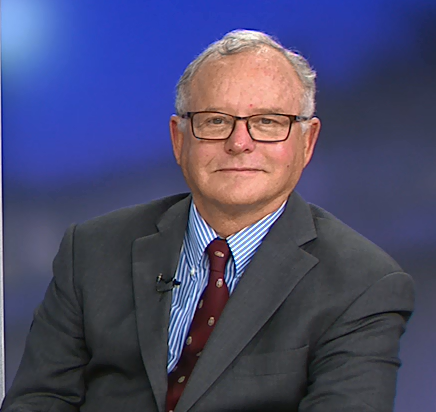 IT modernization is now widely recognized as a national security imperative. So says the Section 809 panel, a blue ribbon committee established by Congress to explore new procedures to accelerate the means by which government acquires those things we need to keep us safe.

The cumbersome and lengthy acquisition process stifles innovation and allows our adversaries, such as China, to develop and deploy cutting edge technologies far faster than we are able. The loser is...

IT modernization is now widely recognized as a national security imperative. So says the Section 809 panel, a blue ribbon committee established by Congress to explore new procedures to accelerate the means by which government acquires those things we need to keep us safe.

The cumbersome and lengthy acquisition process stifles innovation and allows our adversaries, such as China, to develop and deploy cutting edge technologies far faster than we are able. The loser is our military, who often saddles with obsolete capabilities. The recently released third volume of the Section 809 Panel report stated this explicitly — we are on a “war footing”  — and the government’s cumbersome acquisition policies are a primary culprit.

Without mincing words or exaggeration, the government has an absolutely dismal record of successful information technology (IT) modernization, especially for the warfighter. Attempts to modernize are plagued with issues from the start: Uninformed solicitation specifications, unnecessarily complex compliance requirements and heavy dependence on traditional government contractors that are geared toward scooping up contract awards rather than serving the end-user.

The consequences are severe. Government IT systems are essentially secluded from commercial IT innovation, in some cases using systems that are more than 50 years old. This goes beyond wasting billions in taxpayer dollars on increased operation and maintenance costs. It is a fundamental threat to national security.

Without significant streamlining of the acquisition system, the United States cannot hope to compete with countries like China that face far fewer bureaucratic hoops to jump through.

The Section 809 panel outlines these concerns in apocryphal terms. The report stated emphatically that “to defend against potential enemies, [the Defense Department] must move to a war footing approach for acquiring and delivering capabilities to ensure warfighters have the tools they need. The DoD acquisition system’s ability to meet threats that exist today is questionable.”

The report noted “DoD lacks flexibility the nation’s near-peer competitors have, limiting its ability to field innovative solutions before potential adversaries do.”

Not all hope is lost. Thankfully Congress has taken steps in the right direction by introducing rapid acquisition techniques across the federal government, including Small Business Innovation Research (SBIR) Phase III, Other Transaction Authority (OTA) and the Commercial Solutions Openings (CSO) Pilot Program. Each has unique advantages and disadvantages that can be capitalized upon to make procurement of IT more versatile and impactful than ever before.

If the United States hopes to achieve a 21st century digital government, it must build upon on its existing rapid acquisition techniques and make them standardized across the government. We suggest that Congress start by authorizing OTAs and CSOs for all government agencies. To ensure the adoption and use of these techniques, Congress should require that agencies either start agency specific acquisition centers for excellence like DHS’s Procurement Innovation Lab (PIL) or the Defense Innovation Unit (DIU).

Finally — at a minimum — phase-based acquisition needs to be the new norm of IT acquisition. While creating connections between the government and the commercial sector is critical, conservation of time and resources is fundamental to ensuring rapid acquisition and modernization.

Widespread adoption and use of these rapid acquisition techniques are essential to the government remaining a technological might to be reckoned with. However, if the government fails to make aggressive steps forward now, it will remain in danger of playing catch-up with its technological rivals and adversaries from around the world.

Richard Beutel is the founder of Cyrrus Analytics. Rich is a nationally recognized expert in IT acquisition management and cloud policy with 25 years of private sector experience and more than a decade on Capitol Hill working on procurement issues. Andrew Caron is a third-year law student at George Washington University Law School. Andrew contributed to the Section 809 Panel’s second and third volume reports and serves as article editor for GW’s Public Contract Law Journal.

This OpEd is excerpted from a forthcoming article in the Fletcher School of Diplomacy law review of Tufts University.