The President’s Management Agenda – A week, a year, an era 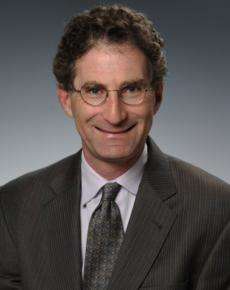 Just over a week ago, Office of Management and Budget Deputy Director for Management (DDM) Margaret Weichert hosted a celebration marking the first year of this administration’s President’s Management Agenda (PMA). At this event, a variety of government leaders and external stakeholders gathered to mark the importance of management as a strategic imperative. The current PMA is premised on a foundational “double trio” of drivers that link IT modernization, data strategy and workforce improvement to better results for the nation, in terms of mission performance, service delivery and fiscal stewardship.

The recent event culminated a week that focused on management issues implemented since the new PMA was launched in Kansas City, Kan. one year ago. Other highlights from last week included:

The coalescence of these and related management priorities expand efforts of government working with industry, non-profit and academic counterparts to ideate, pilot, implement, and share effective practices—which agencies leverage every day to deliver thousands of services and provide countless information resources that help and inform the nation. Given the successful leadership, governance, and implementation during the current PMA’s first year, the second year will certainly see continued management progress.

Weichert noted in her remarks at NAPA that the current PMA builds on work of many past and present management leaders, a point echoed in one of the panel sessions by Dave Mader, who served as the OMB controller in the last administration.

The progression of initiatives introduced through President’s Management Agendas represents an important, bipartisan tradition—an era lasting over two decades, in which one administration has handed the management baton off to the next, who has then expanded and added to the PMA.  Reflecting back on this progression, clear patterns emerge:

The first three of these priority areas laid a foundation for current PMA priorities around IT modernization, workforce improvement and overall performance. The last two have evolved to inform other PMA initiatives that focus on reducing improper payments and implementing category management to help agencies procure more effectively.

Among the CAP Goals of this period were “delivering smarter IT,” “buying as one through category management,” “expanding shared services to increase quality,” and “bridging the barriers from lab to market” — each of which (and several others) have continued into the current PMA (for more information, see the 2017 IBM Center report on Cross-Agency Priority Goals).

The current PMA — celebrated over the past week and implemented over the past year — builds on and enhances efforts that occurred over two decades, and importantly adds data as a core goal for government management. This work is often unnoticed by citizens who have little daily contact with government — though who daily depend on government management, whether driving on interstate highways in cars that meet government-issued safety standards, traveling to national parks that are well maintained by skilled government park staff, or receiving social services delivered by caring professionals who work in health, education and similar agencies.

For federal employees and other stakeholders, the PMA creates a path to help agencies both work together and achieve their individual missions in a way that can save money and time. The PMA gives agencies shared goals and creates interagency linkages that help government better perform on the broad range of important and highly diverse programs.

In the current PMA, OMB is leading efforts to raise awareness of the importance of management stewardship to improve government mission performance in serving the nation. This import results from an era of activities that continue to set the stage to build a government for the future that works effectively on behalf of the American people.

Dan Chenok is the executive director for the IBM Center for The Business of Government. Dan worked at OMB for 14 years, ending his tenure as the head of OMB’s Information Policy and Technology office..