Shared services: The path to success 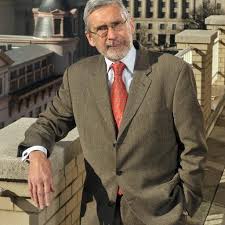 Recently, I had reason to revise and update a study I led years ago for a project sponsored by the National Academy of Public Administration, the Shared Services Leadership Coalition and the Senior Executive Association. That initial study detailed 15 case studies of specific successes and failures in sharing or combining administrative support services. The case studies themselves represented in-depth, objective assessments of the organizations studied conducted by an interagency study team and were based on almost 300 interviews and reviews of several thousand documents, studies and memorandum.

My prose then (and now) is hardly timeless. But the lessons learned, the problems and pitfalls, and the success factors remain relevant as this Administration continues to advocate shared services as part of the President’s Management Agenda.

Successful consolidation enjoyed continuous, high-level support. The majority of all types of consolidations involved either a departmental secretary/agency head or a management assistant secretary or equivalent as both initiator and decision-maker. Additionally, the extent to which the same senior manager was involved in all phases of the project significantly increased the prospects for success. The need and frequency to manifest this leadership support was strongly influenced by the reaction of affected parties. The greater the levels of client/people satisfaction, the less frequent the need to manifest this support; the lower the level of client/people satisfaction, the more frequent the need to manifest it.

While political support as a key ingredient to successful management change is almost a truism, such support must be not only strong but continuous. There must be commitment and follow-through not just at the early stages, but throughout implementation.

The majority of successful consolidations were highly client-service oriented. This manifested itself in negotiated service standards, frequent client contacts and a general management commitment to find ways to make the consolidation work for the client. This closeness to the customer–a strong external focus–was an important element for success.

Quality of service and resource commitment must be high

Beyond a general service orientation, clients indicated that quality of services was the most critical operating need. Successful consolidations stressed quality, flexibility, and responsiveness to the staff providing services.

Here is how Commerce is making shared services work

The most successful consolidations demonstrated concern for the employees affected. Often substantial counseling and out-placement efforts were undertaken for employees adversely affected by the consolidation. Constant and open communications with employees was the rule.

Almost all organizations say that their employees are their most important assets. But all too few mean it. They think of their employees as abstractions, not much different from equipment or inventory. They communicate only limited information about their operation or performance, and that in formal and stilted ways. They seek improvements in productivity by calling on management consultants and other “expert” staff, not by seeking the ideas and follow-through of their own people. The excellent organizations are different. They emphasize face-to-face communication, sharing of information, rewards for innovative ideas, and job security.

Successful organizations focus their attention on actually getting things done. Many of the case studies revealed that once an idea occurred, the department/agency moved quickly to implement the change. Occasionally this involved the establishment of a pilot or an experiment to which clients and/or services could then be added on a phased basis. As one Department official described his efforts, “We wanted to establish a beachhead and then expand from there. If we moved too slowly, our bureaus would have stonewalled us to death.”

Management studies often point towards the importance of what they termed “product champions.” These are the people who believe in an idea and are willing to do whatever it takes to make the idea work. Our case studies also suggested the notion of “change agents” — one or two key people involved throughout a project who had the idea, helped sell it, gathered support for the proposal and often were charged with putting it in place. These “agents” were both political appointees and careerists who took the risks needed to try something new.

Doing what they do best

The next characteristic of the successful support organization was an interesting one; as one senior aide put it, they stick to their knitting. Successful arrangements were able to define their strengths, and then build on them.

Those consolidations which achieved widespread client acceptance experienced fewer day-to-day operating problems. The most commonly followed course in achieving acceptance was through client involvement in planning and implementing the consolidation. That affords discussion of client concerns and facilitates client “buy in.” An equally important element in attaining client support was ensuring that cost allocations to the client were perceived as proportional to services received. After operations have begun, frequent operating level communication and formal/informal client feedback processes were essential to maintaining this support.

Consolidation of certain administrative services, either initially or over time, occurred through information technology. This was particularly true where the provider organization supplies consolidated services nationwide or in cross-servicing arrangements outside the department/agency.

Finally, planning, implementation efforts and operational procedures should be detailed, but flexible. In all the case studies we conducted, similar processes for creating consolidated arrangements were followed. Planning teams of senior personnel developed broad objectives to be achieved and general strategies; separate implementation teams developed operational plans and addressed logistical problems; this was followed by incrementally-assumed operations. These steps were always addressed, although in varying depth and sequence depending upon departmental need. These steps again were motivation, conceptualization, support, implementation and start-up, and consensus. In most successful consolidations, organizations assumed their responsibilities incrementally over a period of time. This phased implementation often mitigated transition costs and/or the need for additional investment, especially if cut overs were properly coordinated. Additional functions or clients were phased in only after acceptable service levels had been achieved.

The study I led years ago was intended to be a do-it-yourself guide to sharing administrative services, complete with pragmatic suggestions. The article now is intended to help federal managers analyze where they are now, how they got there, and particularly what they might do now to construct shared support arrangements within their own organizations.

Alan Balutis is a senior director and distinguished fellow for Cisco Systems’ U.S. Public Sector. He spent 30 years in government, academia and both the private and nonprofit sectors. He held senior management and policy positions in government, serving as head of the management and budget office at the Department of Commerce for more than a decade as well as being appointed as its first chief information officer.