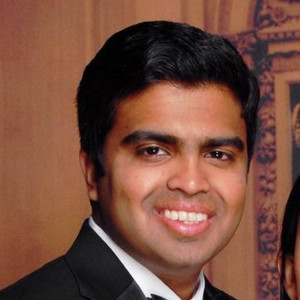 When someone thinks about Augmented Reality (AR), the first thing that usually comes to mind is games like Pokemon Go. But AR isn’t just for games. Augmented reality is going to revolutionize areas like education, medical training, retail, field service, repair, maintenance, tourism and public safety.

Augmented Reality (AR) is an interactive experience where real-world physical objects are augmented by computer-generated 3D elements and information. Here are a few use cases for the federal sector,...

When someone thinks about Augmented Reality (AR), the first thing that usually comes to mind is games like Pokemon Go. But AR isn’t just for games. Augmented reality is going to revolutionize areas like education, medical training, retail, field service, repair, maintenance, tourism and public safety.

Augmented Reality (AR) is an interactive experience where real-world physical objects are augmented by computer-generated 3D elements and information. Here are a few use cases for the federal sector, and the technologies that make them possible:

Smithsonian institutions can use AR to project interactive additional information on top of the artifact. The Smithsonian can publish an app for iOS and Android. When the user opens the app and points the camera at the object, 3D objects and animation can be projected around the artifact.

Another example could be the National Art Gallery, where visitors can get more context by projecting useful information around the paintings and sculptures using their mobile phone.

Augmented reality can also be used on wall posters and brochures to play videos to give more context to a static brochure or a poster.

Another use case of AR is to guide a new employee through an interactive training process for workplace equipment or military equipment. While virtual reality is already popular in this space to provide virtual training, Augmented Reality can help a federal employee to provide real-world user interactive guidance.

AR can also be used to provide remote assistance to federal workers who are travelling to perform some work. Field technicians can share their real-time views with the experts in remote locations. Experts or senior members can do remote inspections by combining video, screenshots and annotations, thereby reducing costs.

The Public Safety Communications Research (PSCR) division of the National Institute of Standards and Technology (NIST) has been working on defining UI/UX technology roadmaps for helping our nation’s first responders and public safety community. These UI/UIX standards like heads-up-display are being developed using virtual reality and can eventually be ported to AR headsets when ready. NIST has also organized competitions where it challenged the general public to develop a prototype for heads-up-displays for firefighters and police officers.

Here’s how federal agencies can create the experience mentioned in the above use cases.

AR can be experienced with IOS or Android phones or specific AR headsets like Hololens. Once an AR experience is developed, the source code can be easily ported to various devices or headsets with minimal effort.

For the AR engine like Vuforia to recognize a target image or an object, it needs to be scanned and fed into the AR engine so that it can recognize and project 3D elements and information on top of it. Two-dimensional image scanning can be done easily by taking a photo. However, 3D images are relatively complex to scan. There are two ways to scan a physical object: 1. Use specialized scanning tools like Vuforia object scanner to scan the 3D image. 2. Use a CAD drawing to identify a physical object. The latter approach is used for identifying a huge object like a piece of industrial equipment or machinery.

Once the target is scanned, it is imported to Unity for development. Unity is a 3D engine often used by video games to design graphics and animations. Unity can be used to augment 3D objects and animation around the target. This can be eventually packaged into an app that can run on an iPhone, Android, Hololens, etc.

The AR market is still in its infancy. The marker for augmented reality is estimated to be half a trillion dollars by 2025. In terms of hardware, Hololens by Microsoft is a popular headset, but it is still bulky and expensive. It is only a matter of time before one of the tech giants like Microsoft, Google, Apple, etc. releases compact AR glasses for the masses at an affordable price point. For now, mainstream consumers can get AR experiences using a mobile phone. This is a chance for federal agencies to adopt AR and get ahead of the game.

Prashanth Vijayaraghavan is a technical architect at REI Systems.