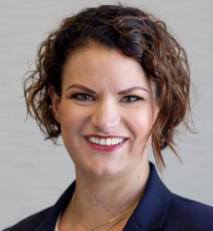 “I said get rid of that son of a bitch,” President Richard Nixon, later caught on tape, said of Ernie Fitzgerald, who had just won his job back from the Civil Service Commission.

Nixon explained, “the point was not that he was complaining about the overruns, but that he was doing it in public . . . And not, and frankly, not taking orders.”

Fitzgerald had testified before Congress that the cost of a fleet of 120 Lockheed C-5As had ballooned from $3 billion to nearly $5 billion, defying his supervisors’ direction to glass over the facts.

Flash forward to last week, when two days after the Senate voted not to remove President Donald Trump from office, security escorted Lt. Col. Alexander Vindman (and his twin brother) out of the White House. Although the National Security Council alleged that Vindman was reassigned months before his assignment was set to end pursuant to reorganization, President Trump tweeted that Vindman “had problems with judgement, adhering to the chain of command and leaking information.” Trump further tweeted that Vindman, “was very insubordinate, reported contents of my ‘perfect’ calls incorrectly, & was given a horrendous report by his superior.”

As with Vindman, after Fitzgerald testified before Congress, the Air Force alleged that it fired him as part of a large reorganization effort resulting in a reduction in force (RIF). Then, as now, the president’s own statements show the reorganization excuses to be lies; a pretext for what everyone knows to be the real reason–retaliation.

Because Vindman serves in uniform, his recourse is through the Military Whistleblower Protection Act, which clearly defines his testimony to Congress as a protected disclosure and his reassignment as an unfavorable personnel action, but identifies his only avenue for relief as filing a complaint with the inspector general. Given that it’s the President retaliating, it’s unlikely the law will prove as useful to Vindman as the court of public opinion.

After the Civil Service Commission reinstated Fitzgerald, the Air Force gave him busy work, and then Nixon directed that he be re-fired, prompting Fitzgerald to sue. Fitzgerald’s case went all the way to the Supreme Court, which held in Nixon v. Fitzgerald, 457 U.S. 731 (1982), that the President is entitled to absolute immunity from liability for civil damages based on his official acts (while emphasizing that the President is not immune from criminal charges stemming from his official or unofficial acts while in office).

Fitzgerald’s lack of a meaningful remedy for the retaliation he suffered led him to be a whistleblower protection advocate, and his predicament contributed to both the passing of the Civil Service Reform Act of 1978 (CSRA) and the Whistleblower Protection Act of 1989 (WPA).

While by no means perfect, the events of the past several months are a stark reminder of why the WPA and the CSRA, which created the U.S. Systems Protection Board to adjudicate adverse actions taken against federal employees and the U.S. Office of Special Counsel to investigate and prosecute whistleblower retaliation claims, are necessary.

Recent efforts to chip away at civil servants’ and whistleblowers’ rights, either through President Trump’s Executive Order Promoting Accountability and Streamlining Removal Procedures Consistent with Merit System Principles or the ironically named Veterans Affairs Accountability and Whistleblower Protection Act of 2017, both of which make it easier to fire whistleblowers, encourage the return of political patronage and a spoils system.

As President George W. Bush famously said, “fool me once, shame on . . . you. Fool me — you can’t get fooled again.” We have been here before. Let’s hope we won’t be fooled again.