No matter who wins the 2020 election, expect more communications from federal agencies 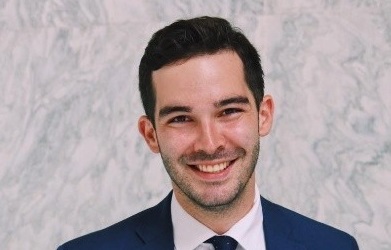 We often hear that elections have consequences. One of the frequently overlooked ways that elections – both presidential and congressional – have downstream consequences is on the priorities of federal agencies and the ways in which these priorities and accomplishments are communicated to the general public. While much of the future of American policy hinges on the outcome of the 2020 election, any outcome will increase the focus on more and better communication between federal agencies and everyday Americans.

This is particularly true given the unique circumstances surrounding the 2020 election. In the midst of a global pandemic, agencies are stretched to solve novel crises despite remote working and other logistical considerations. Agencies have been forced to adapt in new and unfamiliar ways; many have risen to the challenge, from the completion of the 2020 Census, to coordinating with state and local governments on distribution of tests and personal protective equipment (PPE), to working with the private sector on vaccine development.

Despite radically different visions of the role of federal agencies, either candidate’s election will up the expectations for communications from federal agencies due to either a changing philosophy or changing circumstances.

President Trump has narrowed the purview of agencies across the board

The last four years have served as a helpful case study on the ways that a re-elected President Trump will be likely to engage federal agencies and what their communications priorities are likely to be as a result. President Trump – both deliberately and through inaction – has deprioritized the work of federal agencies, reduced their budgets and limited their scope. In addition, numerous agencies have high-level and critical positions that remain unfilled and have seen enormous turnover. President Trump has been frequently critical of numerous agencies, alleging that they are working to thwart his agenda. This has meant a reduced scope for agencies to execute on, diminishing the role of communication with external stakeholders and making it more difficult to communicate changing priorities (or lack thereof).

Insight by Blackboard: Learn how the Coast Guard accelerated its approach to training and technology modernization due to the pandemic in this free webinar.

What does a second term Trump administration mean for agency communications objectives?

It’s expected President Trump and his allies will highlight the accomplishments of the last four years, such as the administration’s broad deregulation efforts, and, should President Trump win re-election, this philosophy and approach is likely to continue. At some point in the next four years – and likely far sooner than that – there will be a coronavirus vaccine. Once there is, the Trump Administration has signaled that it will do everything it can to push out (and take credit for) the vaccine.

Many of the president’s critics have insisted that more streamlined and clear communication from the White House and regulatory agencies is needed in the wake of the coronavirus. Public polling has been critical of the Trump Administration’s communications strategy (and its response more broadly); while this may not motivate an immediate change, surely President Trump and his administration will remember this fact when it comes time to share good news. As a result, there will likely be a focus on data-driven messaging strategy and tactics, especially as recent polls show a loss of confidence in public health agencies over concerns of political pressure from the White House.

A potential President Biden is likely to reengineer the existing relationship between The White House and the various agencies that serve it. This would likely mean a return in some ways to the Obama Administration priorities and, more broadly, a business-as-usual sentiment, shared for decades, that agencies are meant to be an extension of the president’s agenda. This is particularly true during a global pandemic. On the campaign trail, VP Biden has frequently pointed out the poor coordination between the Trump Administration’s Health and Human Services (HHS) department and individual states and municipalities in response to the coronavirus pandemic, and pledged to improve it should he win the election.

What does a first term Biden administration mean for agency communications objectives?

A President Biden would likely try to reinvigorate HHS and encourage the agency to communicate more effectively with everyday people across the country, likely as part of an increased focus on rebuilding trust in the government. This will likely involve more data transparency initiatives and grassroots stakeholder outreach campaigns, especially around public health, sustainable infrastructure and clean energy initiatives.

As a former vice president, Biden is also intimately familiar with the finer points of executive decision making and the importance of having fully staffed and federally empowered agencies working at his discretion. Given the widespread vacancies throughout the Trump administration’s regulatory agencies, there will likely be increased demand for public affairs officers for positions that had gone unfilled and new billets for Public Affairs Officers (PAOs).

Should the Democrats flip the Senate and the White House while maintaining the House of Representatives (as current polling suggests), former Vice President Biden would have an ambitious agenda for his first 100 days in office that would likely be backed by congressional support – both financial and otherwise. A Biden presidency could mean additional funding across the board for communications support and a renewed focus on cross-departmental communication.

Communications takeaway: More will be needed

While the next occupant of the Oval Office remains uncertain, whoever it will be will have both an immediate impact on how agencies will communicate their goals and priorities to the American people and will help shape the future of federal public affairs for years to come.

Given public concerns about previous communication priorities (as well as normal, first-term growing pains, heightened by a previous lack of political experience from President Trump and those close to him) or because of a different political mandate, the coming years will likely see an increased focus on effective communication. In either case, doing that well will require the administration to seek out communications expertise, advice and support to advance the priorities of individual agencies and the administration’s agenda more broadly.

Considering the communications challenges and decrease in public trust that will face the winner of the 2020 Presidential Election, it’s critical that government agencies invest in quality, knowledgeable and experienced communications counsel. If done effectively, such an approach could go a long way to restoring faith in government during a time of crisis.

Drew Holden is an account director in the public affairs and crisis communications division of BCW and a former staffer in the U.S. House of Representatives.