The path to success for VA’s health record modernization 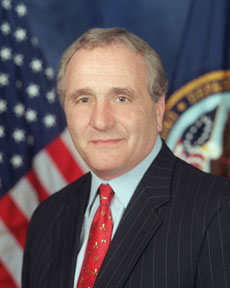 On March 19, Secretary Denis McDonough announced the Department of Veterans Affairs will conduct a strategic program review of its electronic health record modernization (EHRM) program. The secretary made it clear he supports the program and emphasized the important impact it will have on the lives of millions of veterans, their families and caregivers.

McDonough acknowledged the progress that has been made as a result of the hard work of VA clinicians and the department’s...

On March 19, Secretary Denis McDonough announced the Department of Veterans Affairs will conduct a strategic program review of its electronic health record modernization (EHRM) program. The secretary made it clear he supports the program and emphasized the important impact it will have on the lives of millions of veterans, their families and caregivers.

McDonough acknowledged the progress that has been made as a result of the hard work of VA clinicians and the department’s industry partner, Cerner Corporation. For the first time, three separate federal agencies including the Defense Department, the Coast Guard, part of the Department of Homeland Security and VA are operating in a single common health records system that spans 20 DoD commands, four Coast Guard sites and the Mann-Grandstaff VA Medical Center in Spokane, Washington, VA’s initial EHRM site that began using the system last October.

The new joint health information exchange between DoD, VA and the Coast Guard also makes it easier for each agency to share and receive patient information with their community care partners. VA also deployed a centralized scheduling solution for its Central Ohio Healthcare System and has completed one of the most comprehensive health data migrations in history, moving more than 23 million records to a shared data center with DoD.

As with any large-scale health IT transformation, there are challenges that must be overcome before the program is successfully available everywhere. During my time as secretary, I witnessed the complexity of IT issues first-hand as we sought to implement costly technology that eventually failed to work. For this reason, I applaud Secretary McDonough’s decision to evaluate the lessons learned from Mann-Grandstaff and apply them to future VA sites.

Despite the significant achievements that have already been accomplished, some VA stakeholders still believe maintaining VA’s status quo is the right path forward – that the department’s current electronic health records system, called VistA, is sufficient for VA’s needs and those of America’s veterans. I strongly disagree.

Veterans have waited too long for a seamless care experience between DoD and VA. It’s a shared goal DoD and VA have long worked toward, spanning three presidential administrations. VistA, in its time, was a revolutionary advance in health care technology and has served VA well. But the field of health care is evolving rapidly and with 130 separate instances of VistA, it has become too antiquated and expensive to maintain. VA must adapt and continue to find new and better ways to serve those who served.

DoD followed a similar path to the one VA is currently following as it deployed its own electronic health record, called MHS GENESIS. The agency worked closely with VA to share the lessons it learned in the process. DoD’s initial deployment consisted of four facilities in the Pacific Northwest, followed by an optimization period in which the agency gathered lessons learned and made enhancements to its system. Today, MHS GENESIS is successfully deployed to 20 DoD commands and the department has plans to continue its deployment across 11 states later this month.

The transformation of health care delivery the EHRM program brings is the largest health IT transformation in the history of VA. To be successful at VA, the program must fully deploy to over 1,700 locations and train more than 300,000 VA providers, clinicians and staff on the new system. This is no small feat, and millions of veterans, as well as their families and caregivers, are counting on the success of this historic transformation.

The new administration and Congress are supportive of efforts to get this right. The strategic program review ordered by Secretary McDonough will provide VA the opportunity to enhance the EHRM program and set a course for the department that will transform VA health care delivery for decades. This new course will allow the department to continue to support our nation’s promise to care for those who served. I am confident VA and the EHRM program will succeed.

Anthony J. Principi served as secretary of Veterans Affairs from 2001 to 2005. He is a member of the Cerner Government Advisory Board, which provides direction and strategic counsel on development sustainment and outreach within the federal government, the health care industry, veteran and military communities and veterans’ service organizations.