JEDI is dead, but danger is still ahead: How to get better cloud capabilities in less time, with less risk 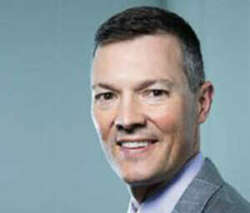 The recent Defense Department decision to cancel the $10 billion Joint Enterprise Defense Infrastructure (JEDI) cloud procurement felt inevitable given the flawed acquisition strategy and regrettably took longer than needed. So as DoD gets a second chance at standing up this capability, I’m reminded of legendary coach Vince Lombardi’s statement, “It’s not whether you get knocked down, it’s whether you get up.” While there are some encouraging signs in the new acquisition approach as the...

The recent Defense Department decision to cancel the $10 billion Joint Enterprise Defense Infrastructure (JEDI) cloud procurement felt inevitable given the flawed acquisition strategy and regrettably took longer than needed. So as DoD gets a second chance at standing up this capability, I’m reminded of legendary coach Vince Lombardi’s statement, “It’s not whether you get knocked down, it’s whether you get up.” While there are some encouraging signs in the new acquisition approach as the department rises to its feet, there are also some opportunities for improvement in the approach that, if undertaken now, will produce a better outcome.

First, DoD should streamline the requirements to enlarge the competitive pool and go immediately with an open competition that results in multiple awards at the master contract level. Requirements can be refined for individual task orders by those in DoD closest to the work being performed resulting in beneficial competition among the most qualified vendors for each task.

The likely result of DoD’s current interim strategy — the Joint Warfighter Cloud Capability (JWCC) — will be to limit competition to just two firms until 2025 and risks missing out on innovation borne from a wider field with incentives to invest in making their offerings more attractive. Early momentum from billions in cloud spending during this period could create vendor lock-in and put DoD in the familiar position of dealing with a very limited supplier base. Given the recent security incidents that show the peril of relying too much on a single provider, why put all your eggs in just one or two baskets?

The decision to likely narrow the field of providers during this critical “bridge period” also feels politically out-of-step with the push from the Biden administration and from both sides of the aisle on the Hill to create more competition among large technology companies.

Second, DoD should partner with outside acquisition experts to run the competition. I’ve written previously that for the government’s largest and most important buys, using assisted acquisition teams produces better results. Bringing in a team like the General Services Administration’s FEDSIM or others could help DoD complete this important acquisition in less time — procurement cycle time from requirements to award is on average six months shorter for actions handled by assisted acquisition teams — with more easily understood requirements, while dramatically reducing the chance for protest delays.

To date, those outside of DoD who have influenced this procurement the most are lobbyists and lawyers — a surefire prescription for confrontation and delay. If this cloud capability is so vital to protecting our country, why doesn’t DoD use our government’s best and most capable acquisition teams to improve speed, foster collaboration with industry, and minimize the risk of protest?

Third, DoD should stop talking about a single procurement and start talking about creating a suite of opportunities that build a dynamic ecosystem of cloud technology and service providers. While the former JEDI requirements are important, there is a market that is at least three times larger for professional services work in and around the cloud platforms.

Additionally, rapid changes in technology guarantee that new firms with new ideas will emerge in the coming years and there should be a strategy in place to add them to the competitive field on a rolling basis. The effect of this procurement is like the creation of a new mini-GWAC through which tens of billions of dollars in technology spend will flow over the next decade, so DoD should both include provisions to ensure the providers and capabilities remain relevant and consider using complementary acquisition solutions like the enterprise-wide cloud capabilities GSA is assembling as part of the Schedules program.

The time to make these changes to DoD’s approach is now, not in 2025. To successfully rise after being knocked down will involve using the power of competition at the task order level among a broader competitive field to drive innovation, bringing in the best acquisition expertise to save time and reduce risk, and framing the requirements as part of a much larger set of opportunities that is attractive and welcoming to new entrants with new capabilities. You can bet that our adversaries are watching and, while DoD is fortunate to get a mulligan on JEDI, those who oppose us are unlikely to grant the brave women and men who volunteer to defend us a second chance if these capabilities fail to measure up on the field of battle where winning isn’t everything, it’s the only thing.

Alan B. Thomas, Jr. is the former commissioner of GSA’s Federal Acquisition Service and current chief operating officer at IntelliBridge.

Cancel JEDI? No shame to DoD in doing so